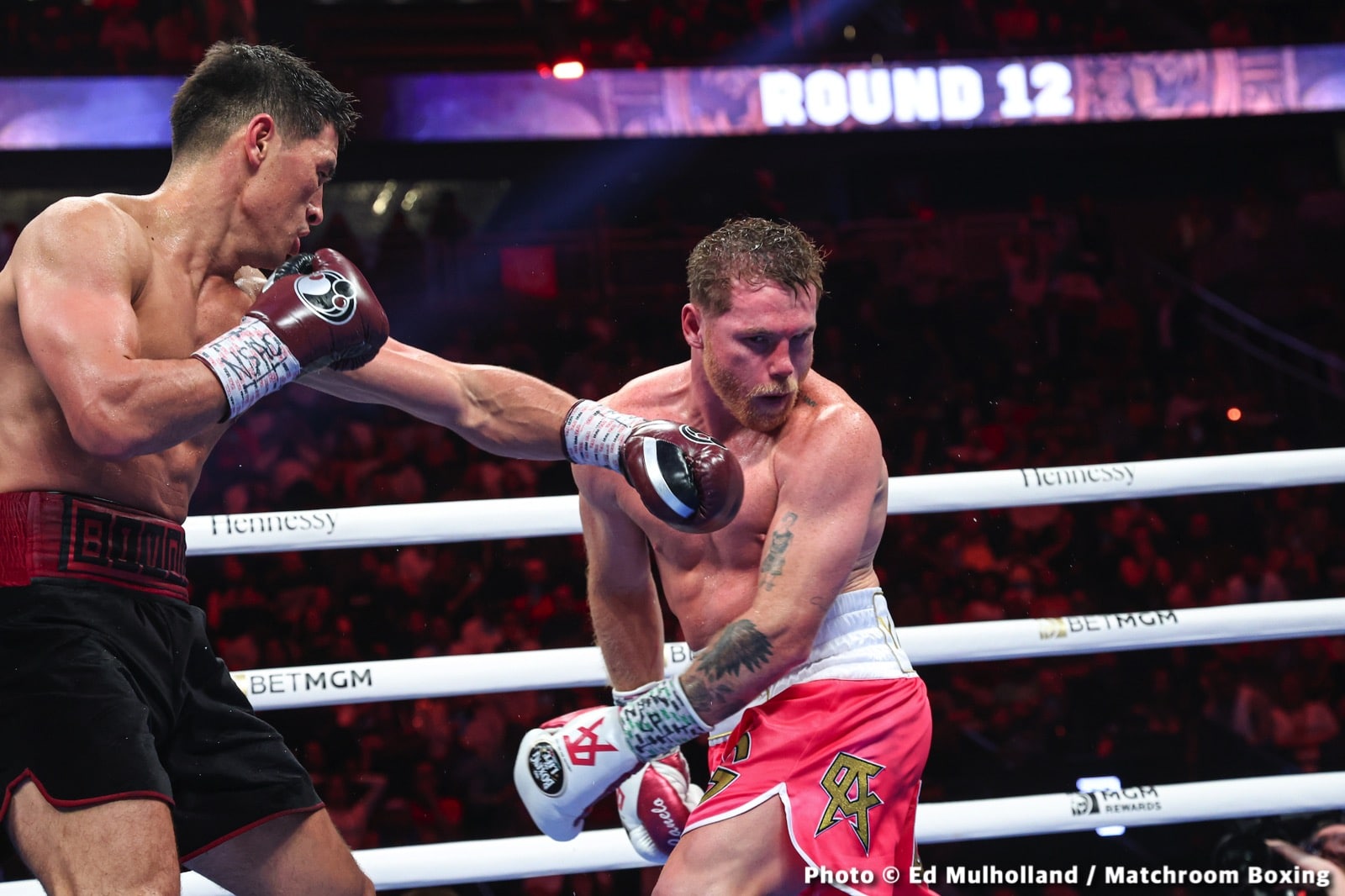 Saúl “Canelo” Álvarez wants the rematch with Dmitry Bivol to be at the same weight class as the first meeting: 175 pounds and not at 168 as has been rumored.

“Same weight, that’s it”, Canelo said in an interview with La Saga and transcribed by IZQUIERDAZO. “Of course I can win. It’s not a matter of belief, it’s because I know I can. That is my priority now”.

In recent days, Mexican legend Julio César Chávez advised Canelo not to take a rematch with Bivol, because he might lose again.

“My respect for Chavez”, replied Canelo. “I will always respect him. The champion knows that, but in the end, it’s not a matter of what he wants”.

Canelo says that he is focused on that rematch because he feels he was not at his 100% in the first fight.

“That is something I want to do, and I know I can win”, Canelo said. “Because I know how I went to that fight, I know what I can do, and what I will do. I couldn’t make things properly, because I didn’t train as I had to. Because of my (injured) hand and all that”.

Saul thinks that he just needed to win a couple more rounds to get the nod from the judges in that first fight.

“I lacked one or two rounds to win”, Canelo explained. “I was highly competitive. Since I couldn’t have a proper training camp, I won the first rounds and then began to get tired. At the end, I’m sure I didn’t give my 100%, and he did. He (Bivol) can’t give anything more, and I can”.