Speaking on The MMA Hour recently, Eddie Hearn gave fans an insight into the total and utter self-belief Canelo Alvarez’ mindset gives him. Hearn, who said the Mexican star is “arguably the best fighter I’ve ever seen up close, but even across the generations,” spoke about how being around Canelo lets a person know “the importance of confidence and mindset of a fighter.”

Hearn said Canelo is so utterly full of confidence, “he thinks he can beat Oleksandr Usyk.”

“When you’re around someone like Canelo Alvarez, you start to realise the importance of confidence and mindset of a fighter,” Hearn said. “He thinks he’s completely unbeatable and he thinks he can beat Oleksandr Usyk. I guess he probably thinks he can beat Anthony Joshua, that’s his mentality. And he’s so, so good. When I got to work with him, we did for Billy Joe Saunders, we broke the indoor attendance record in Dallas. I don’t want to sound like a fan-boy, but if we can get his signature for a couple of [additional] fights, I’d be over the moon.”

It really does seem a long time ago when Canelo Alvarez was defeated, schooled even, by his one and only conqueror, Floyd Mayweather. Canelo has improved plenty since then – but is he really unbeatable? Of course no fighter is unbeatable (although as Mayweather has often proudly stated, 50 tried and 50 failed to beat him), but Canelo, now perhaps at his absolute peak at age 31 (32 in July) will enter the ring against anyone he fights as the favourite to win – and that’s at fights as 160, 168, 175, maybe even 200 pounds.

We are all waiting to see who Canelo, 57-1-2(39) will fight next but whoever it is – Jermall Charlo, Ilunga Makabu, Gennady Golovkin – the flame-haired star will be favoured to get the win. But going up to heavyweight? Is that still a thing? This would surely be a step too far. Even for the current pound-for-pound best.

What do YOU think – who has the best shot at beating Canelo? 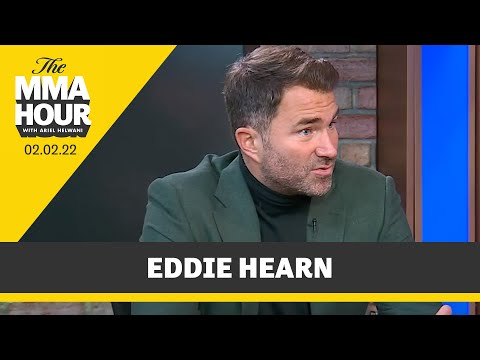