Canelo Alvarez is suddenly showing interest in fighting David Benavidez and Gennady Golovkin after being cool to the idea for years.

It’s good that Canelo is ready to give the fans the fights they want to see after he unifies the division this year, but it’s too bad he waited this long.

With Canelo facing Billy Joe Saunders this Saturday night on DAZN, is he just trying to create interest in that fight by name-dropping Benavidez and Golovkin’s names?

Why did Canelo wait until the week of his fight with Saunders (30-0, 14 KOs) before telling the media he would potentially be willing to fight Benavidez or GGG?

“Yes, sure, why not?” Canelo said to Fighthub about potentially fighting Golovkin or David Benavidez after he unifies the 168lb division. “It could be once my goal is achieved.” 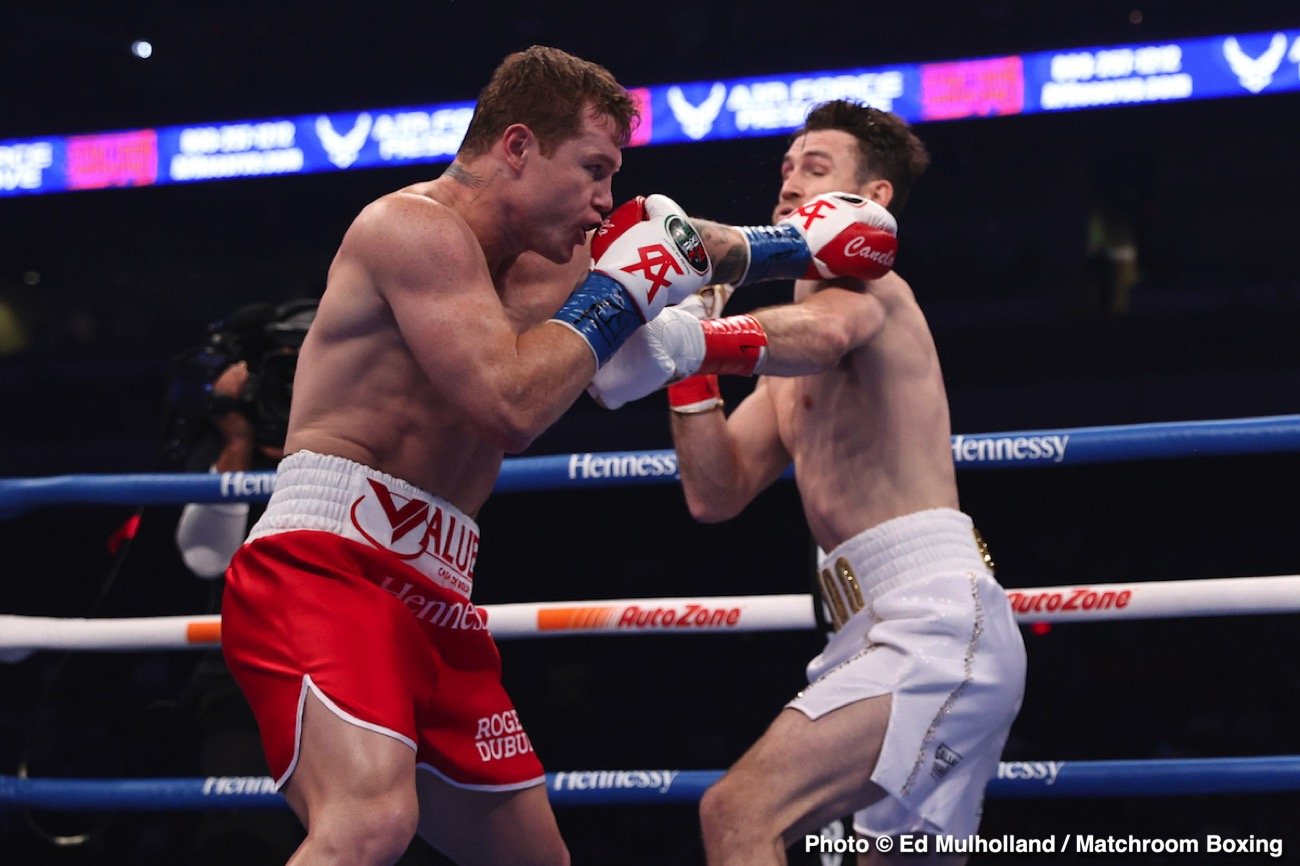 “The thing that happens is people are always asking why not fight Callum Smith instead, and then when the fight comes, they are wondering ‘Oh, but it was not as good as we expected,’” Alvarez said, “but that’s because they were facing me.”

Canelo wouldn’t have to worry about fans downplaying a victory over Benavidez as they did with Callum Smith, as he’s not coming off a controversial/gift decision the way that he was.

Benavidez has been knocking everyone out and looking impressive.

After that fight, the interest was no longer there for fans to see Canelo fight Callum. Surprisingly, Canelo chose to fight the lanky 6’3″ Smith anyway, despite the controversy surrounding his last fight with Ryder. 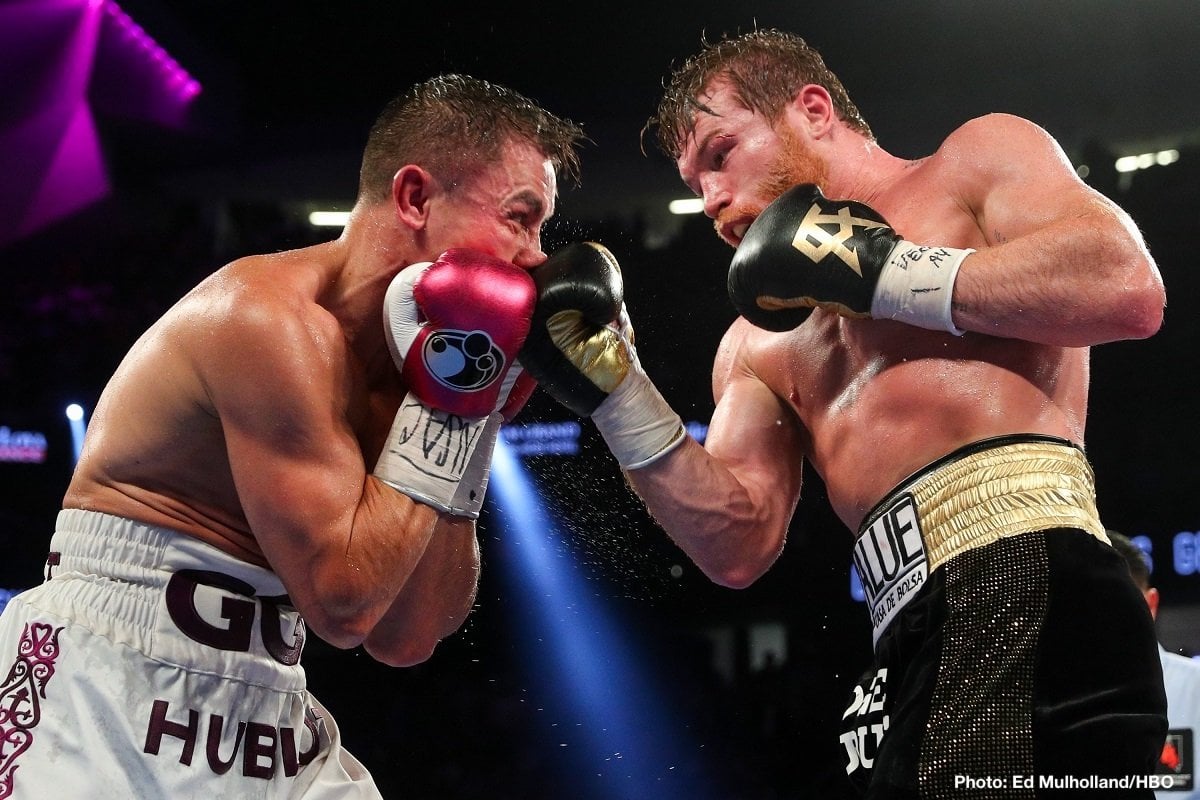 “What I really want is the best possible matches,” Alvarez said, “to continue making history in my career.”

“Honestly, I think people lose a lot of respect for him if he does that,” Benavidez said to DAZN News about Canelo if he chooses to vacate all of his 168-lb titles without fighting him.

It’s a fair statement from Benavidez that the U.S boxing fan prefers to see Canelo fight him over Plant or Saunders. Here we are in the week of Canelo’s fight with Saunders, and the interest in that fight isn’t high.

The British boxing fans are excited to see Canelo fight Billy Joe, but the Americans seem lukewarm about it.