Still ambitious, still setting himself goals and, judging by his last fight, still with plenty to offer at the highest level, “Filipino Flash” Nonito Donaire will make a piece of boxing history if he can defeat Nordine Oubaali on Saturday night in Carson, California.

At 38 years of age, Donaire, 40-6(26), will, if victorious, become the oldest man to have won a bantamweight world title (currently, fellow Filipino Gerry Penalosa is the oldest 118-pound champ in history).

Oubaali, perfect at 17-0(12), is, of course, in no mood to lose his belt. Donaire has had a great career, with many big fights, big wins, and titles won.

Now, having his first fight since his efforts against “Monster” Naoya Inoue, who Donaire pushed all the way in November of 2019, in 2019’s FOTY, it’s time to see how much Donaire has left.

During his long career (a pro since 2001), Donaire has been stopped just once – this by Nicholas Walters up at featherweight. While prior to the loss to Inoue, Donaire had won three on the spin.

It might be that the time out of the ring (the Oubaali fight postponed) will have done Donaire good, or on the other hand, he may find himself ring-rusty on Saturday.

Oubaali, a southpaw, is no spring chicken himself at age 34, yet he has, of course, had far fewer fights than has Donaire, and he has been a pro for seven years.

This fight marks the first big, big fight of the Frenchman’s career. Oubaali will be making the third defense of his title on Saturday.

Oubaali not only believes he will beat Donaire, but he says he is the best bantamweight in the world today. It’s an interesting fight, and we should see some excellent skills from both sides. 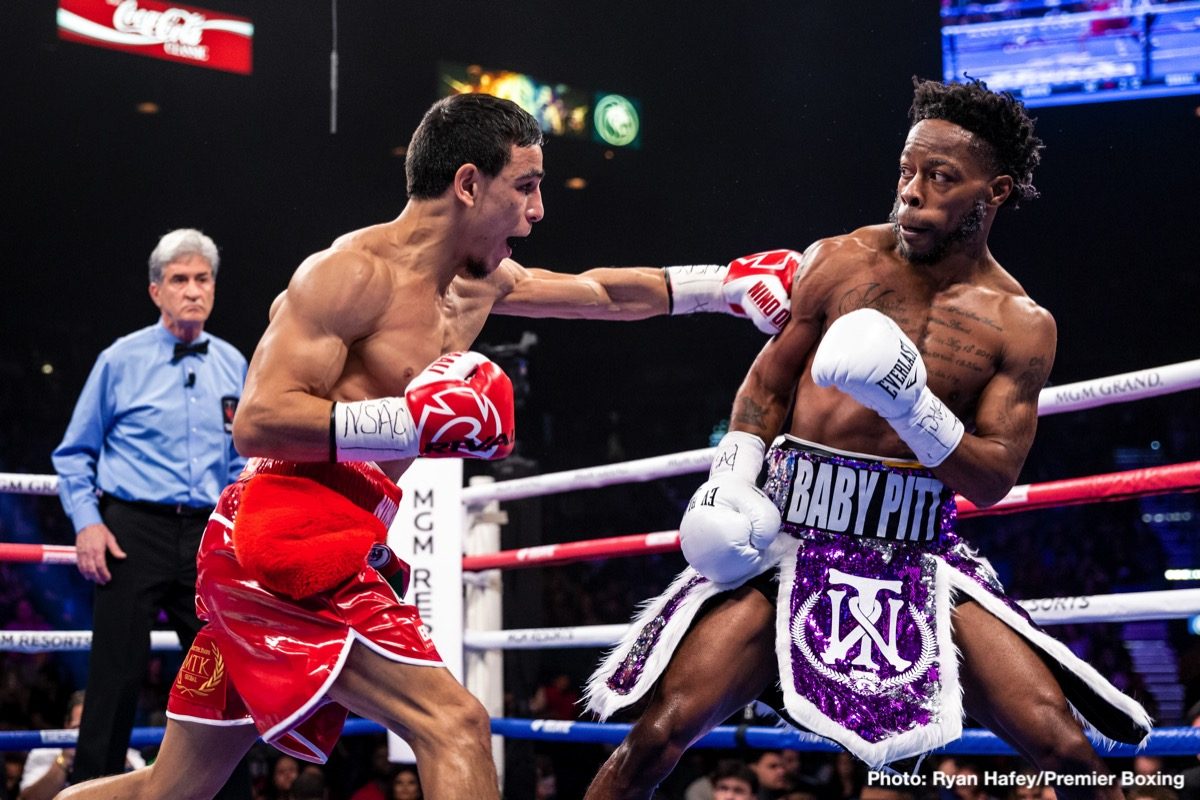 The saying in boxing is that the great ones always have one great performance left in them. The question is, did we see Donaire’s last great fighting performance in November of 2019? If not, maybe we will see a piece of boxing history made in Carson.