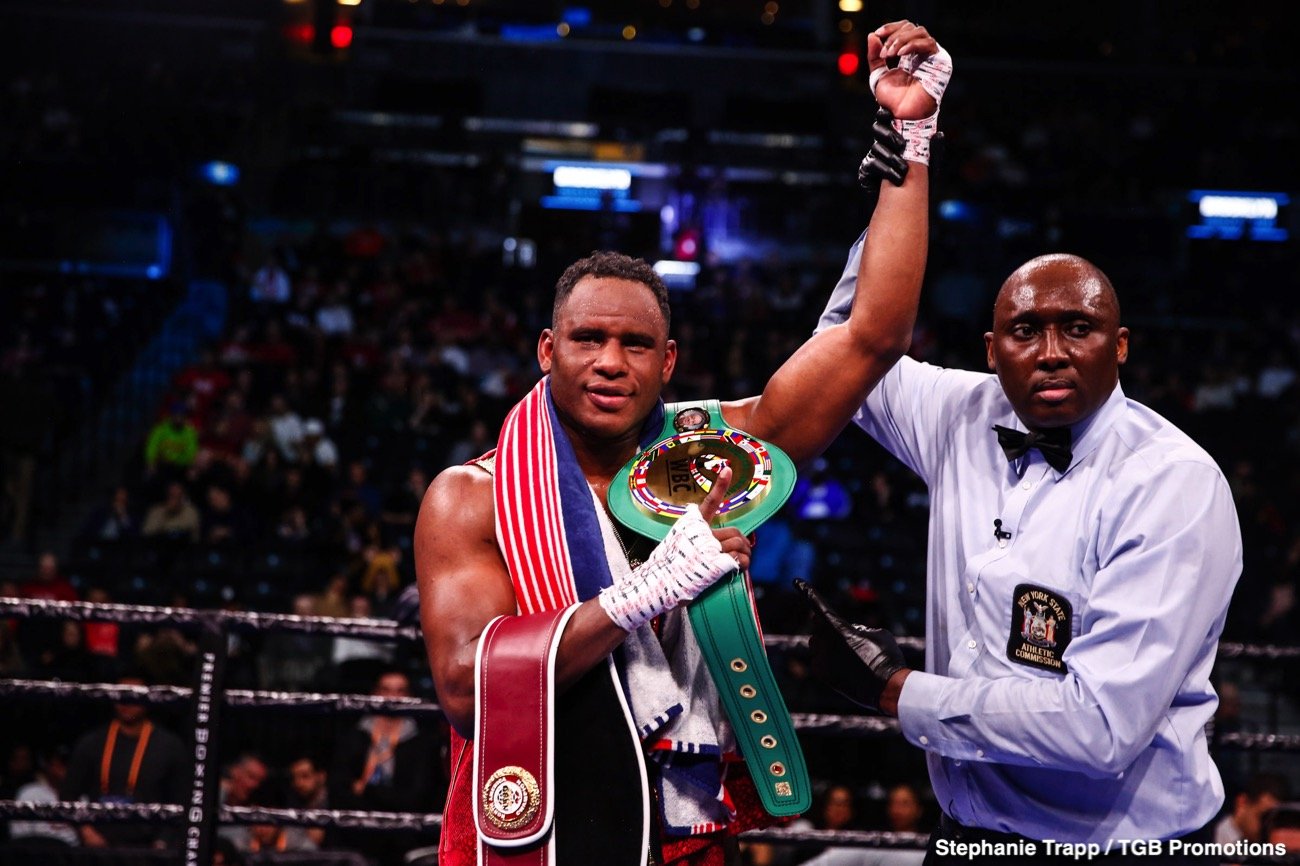 The small island of Cuba has, as fight fans know, produced many superb boxers – both at the amateur level as well as at the pro level. Yet Cuba has not yet been able to boast a world heavyweight champion.

The great Teofilo Stevenson was offered millions of US dollars to go pro, and fight the one and only Muhammad Ali, yet the man who won so much Olympic gold refused to take the US cash.

More recently, Jose “Nino” Ribalta achieved prominence in America, having left Cuba as a youngster, Jose going pro years later. Ribalta never got as far as challenging for a world title but he did give a young Mike Tyson one heck of a great fight in 1986.

More recently still, Odlanier Solis and Luis Ortiz (who is still active and still believes he can win the crown) both failed in world title attempts.

Solis was as gifted as they come yet weight problems and a lack of discipline hindered his chances quite severely. Vitali Klitschko took Solis out in just a single round, this back in 2011.

Ortiz perhaps came closest to becoming the very first Cuban world heavyweight king when he rattled and wobbled defending WBC champ Deontay Wilder in their first fight, this in 2018.

Ortiz shook up Wilder more than once but was eventually stopped in the tenth round. In the return fight, Ortiz was wiped out by a bomb of a punch in round 7.

Ortiz, though, did manage to win the WBA interim heavyweight title, this with a win over a guy named Matias Ariel Vidondo, who he stopped in 2015, three years before he first went to war with Wilder.

Ortiz is now well into his 40s and his chances of becoming world heavyweight king look pretty slim. Frank Sanchez might be the Cuban to bring home the crown though.

The unbeaten heavyweight contender who is trained by Eddy Reynoso, is currently 17-0(13) and he is ranked quite highly by the WBO.

Sanchez’ manager, Mike Borao told Sky Sports in an interview yesterday that plenty of heavyweights want no part of Sanchez and are avoiding him. Borao said the aim is to get Sanchez a “top 15 guy” next and then, hopefully, a shot at the WBO heavyweight title.

Would it count, traditionalists, if Sanchez won the WBO belt? Would Sanchez then be recognised as the first ever Cuban “world” heavyweight champion?

Sanchez is certainly a good heavyweight to keep an eye on. The 28 year old was, like many Cuban fighters, a fine amateur boxer, and since going pro in September of 2017 he has beaten decent fighters like Willie Jake, Victor Bisbal and Joey Dawejko.

Can Sanchez do what Ribalta, Solis and Ortiz failed to do and win the world title? Cuba has produced some all-time great lower weight fighters, yet the heavyweight title has proven elusive. Until now?