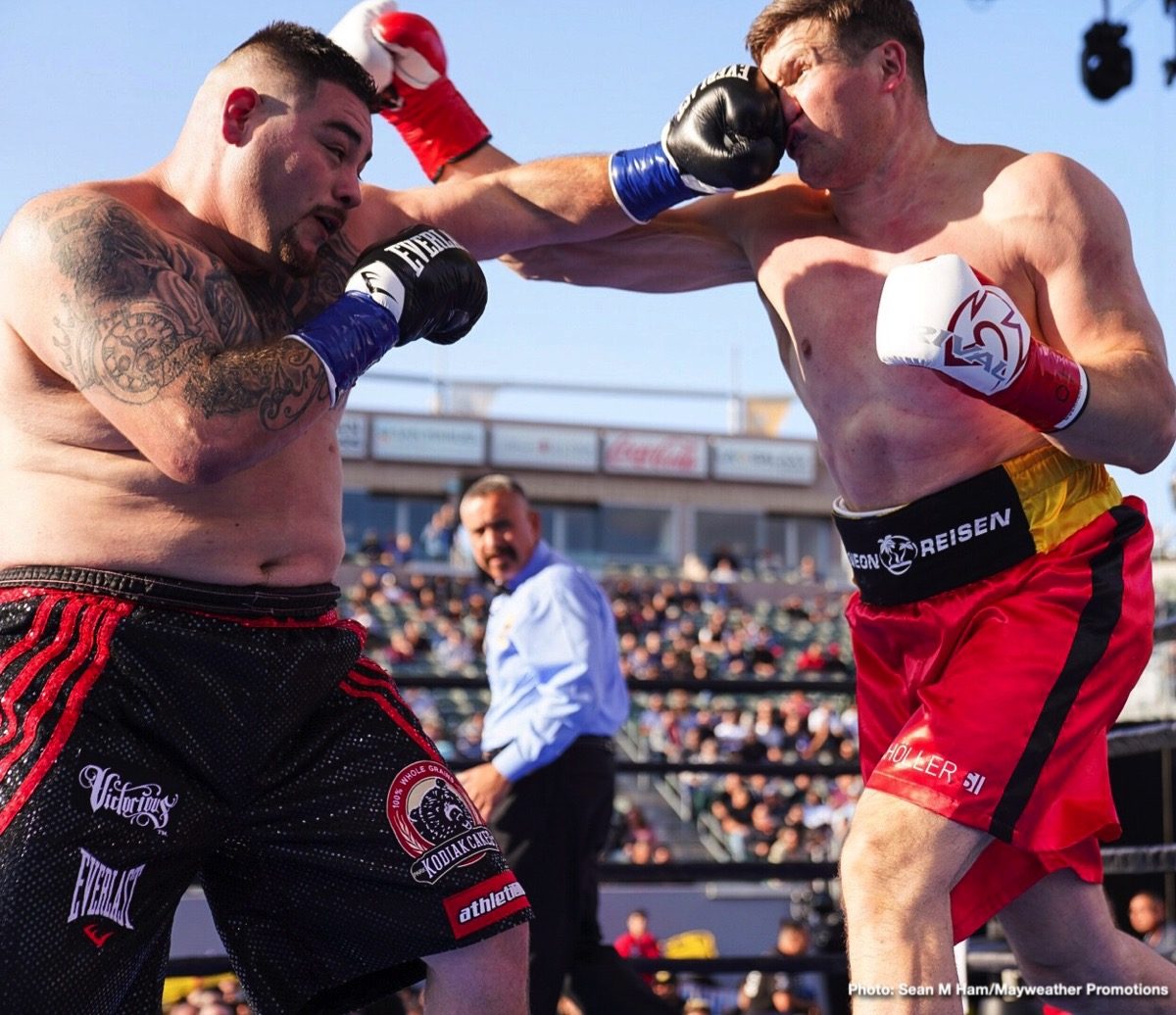 Despite the fact that the great, the proud and the old country of Mexico has produced so, so many awesome and globally celebrated fighters – untouchable special ones such as Julio Cesar Chavez, Erik Morales, Salvador Sanchez, Ricardo Lopez, Israel Vazquez and so many more – the one thing Mexico has been unable to produce is a world heavyweight champion.

Some more critical fans would go further, and say Mexico has never ever produced a genuinely threatening heavyweight contender. Until now – perhaps.

The once-beaten Andy Ruiz Junior has taken it upon himself to try and achieve a mighty task; a history-making task. Ruiz, he of the fastest of fast hands and the much maligned physical appearance (the latter of which means absolutely zero in the boxing ring; as has been proven time and again), is looking to make boxing history on June 1st. At WBA/IBF/WBO heavyweight ruler Anthony Joshua’s expense, Ruiz is ready to fire his guns and give his beloved country and countrymen their first-ever heavyweight king.

If he can do it (and the odds are set against him), Ruiz, 32-1(21) will have done much better than those that came before him. Men such as Manuel Ramos, Alex Garcia and Chris Arreola (who is still very much active) tried and failed to bring even a portion of the world heavyweight crown back home, and now Ruiz is as ready as he will ever be to make up for his country’s disappointments.

Let’s look at how Ramos, Garcia and Arreola got on and where they went wrong.

In the case of Ramos, who quit with a less than spectacular 24-29-3(19) record in 1977, his biggest mistake was running into the great Joe Frazier. Ramos challenged “Smokin’ Joe” in 1968 in a New York State Athletic Commission world heavyweight title challenge. Ramos gave it a real go, but he did not last long, being stopped in the second. Other big names Ramos faced include: Eddie Machen (a win), Ernie Terrell (a win), George Chuvalo (a loss), Oscar Bonavena (a loss) and Ron Lyle (a loss).

Garcia, who made waves during the early and mid 1990s, never got the chance to face a world champion; though he came close. Romping to an impressive-on-paper-looking 32-1 record (the sole loss being a corner retirement 12 fights in, this seen as a one-off at the time), Garcia was then crushed by journeyman Mike Dixon in 1993. A stoppage loss to Garing Lane later that same year ended Garcia’s chances of a big fight with George Foreman. Garcia did manage to win the NABF strap, however. He walked way with a final record that reads 40-6-1(29).

Arreola had to face not one but two lethal punchers as he tried to become world heavyweight champ. Vitali Klitschko hit too hard for him, and knew too much for him, in a brave 2009 challenge, while Deontay Wilder stopped a tough but overwhelmed Arreola in 2017. Arreola did manage good wins over the likes of Chazz Witherspoon, Jameel McCline and Eric Molina, but though he still harbours genuine ambition today, that world strap has eluded him.

Now, can Ruiz make up for the heavyweight failures of his countrymen?