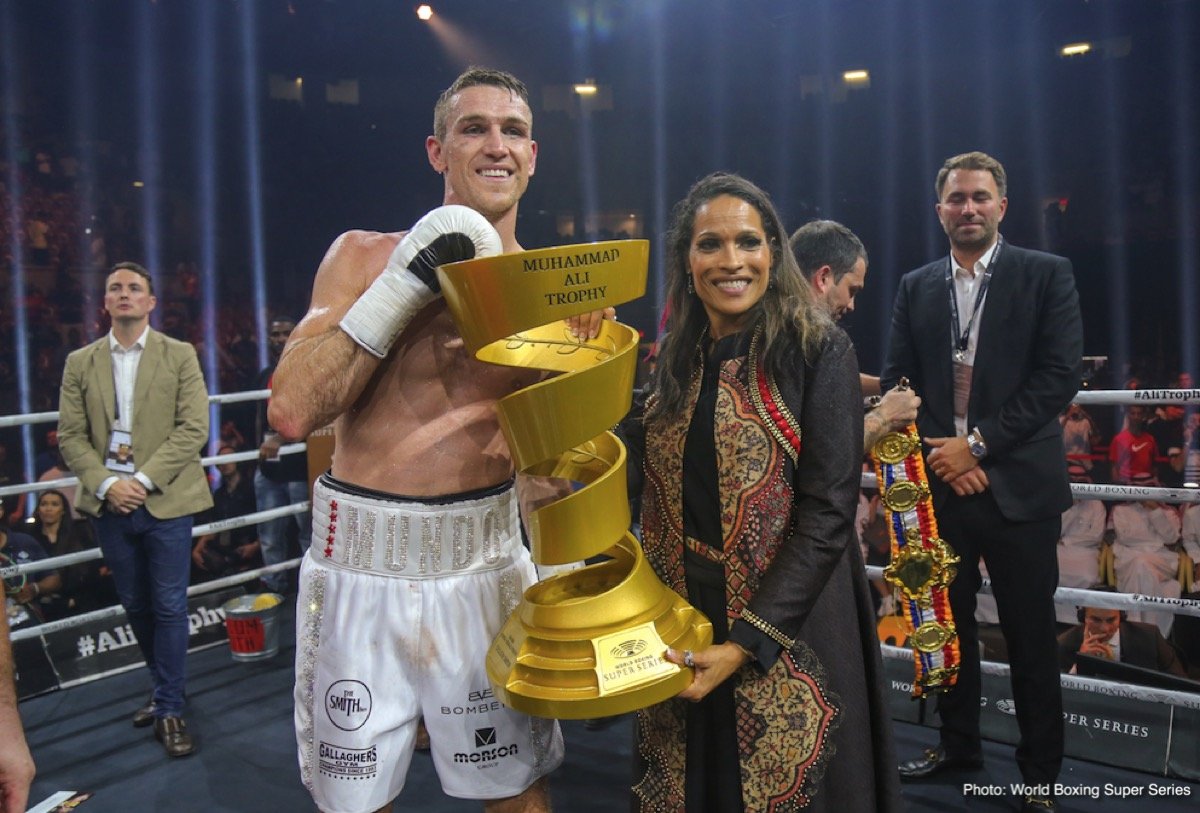 Groves threw a lazy jab and was countered by a booming left hook from Smith that sent him down on the canvas on one knee. Groves was too hurt to get back to his feet and the fight was immediately stopped. The time of the stoppage was at 2:04 of round seven. The controversy about the knockout was Smith hit Groves with a punch to the back of his head while he was down on the canvas. The referee was fine with letting Smith get away the foul apparently.

At the time stoppage, the fight was quite close with very little to separate the two. Groves was doing a fine job of landing with his jab at range in many of the rounds, but Smith would occasionally land a huge shot that would jar Groves. Smith looked like a light heavyweight tonight after rehydrating. The size difference between the two fighters was extraordinary. Groves was troubled by weight, height, reach and power of the 6’3” Smith. The only chance Groves had of winning was for him to box intelligently without making any mistakes. That was obviously was impossible for him to do for an entire night.

Groves fought well in rounds 5 and 6, tagging Smith frequently with head-snapping jabs, and clean right hands. Smith didn’t help his cause by standing straight up and not throwing many punches. Groves had a target to aim at his shots at due to the lack of head movement and the straight up style of Smith.

”I’m a big believer in my own ability, and I believed I was good enough to become a world champion,” Smith said afterwards to ITV Box Office. ”I kept believing and tonight I reminded people how good I am. It was a good fight. I felt I was beating him at his own game and winning. I got my big shots off first and he couldn’t take it and I got the finish. Credit to George Groves. It was a credit to share the ring with him. I wish him the best of luck in the future. I don’t show a lot of emotion, but you see tonight how much this means to me,” Smith said.

Contrary to what Smith said about him believing that he was ahead at the time of the stoppage, it actually looked like Groves was winning the fight. It doesn’t matter now though, but Groves was the better fighter up until the knockout. Smith was landing the harder shots, but he wasn’t throwing enough punches.

Smith, 28, is going to have a hard time holding onto his titles. He doesn’t throw enough punches, and he lacks the hand speed for him to be someone that holds a belt for a long time.