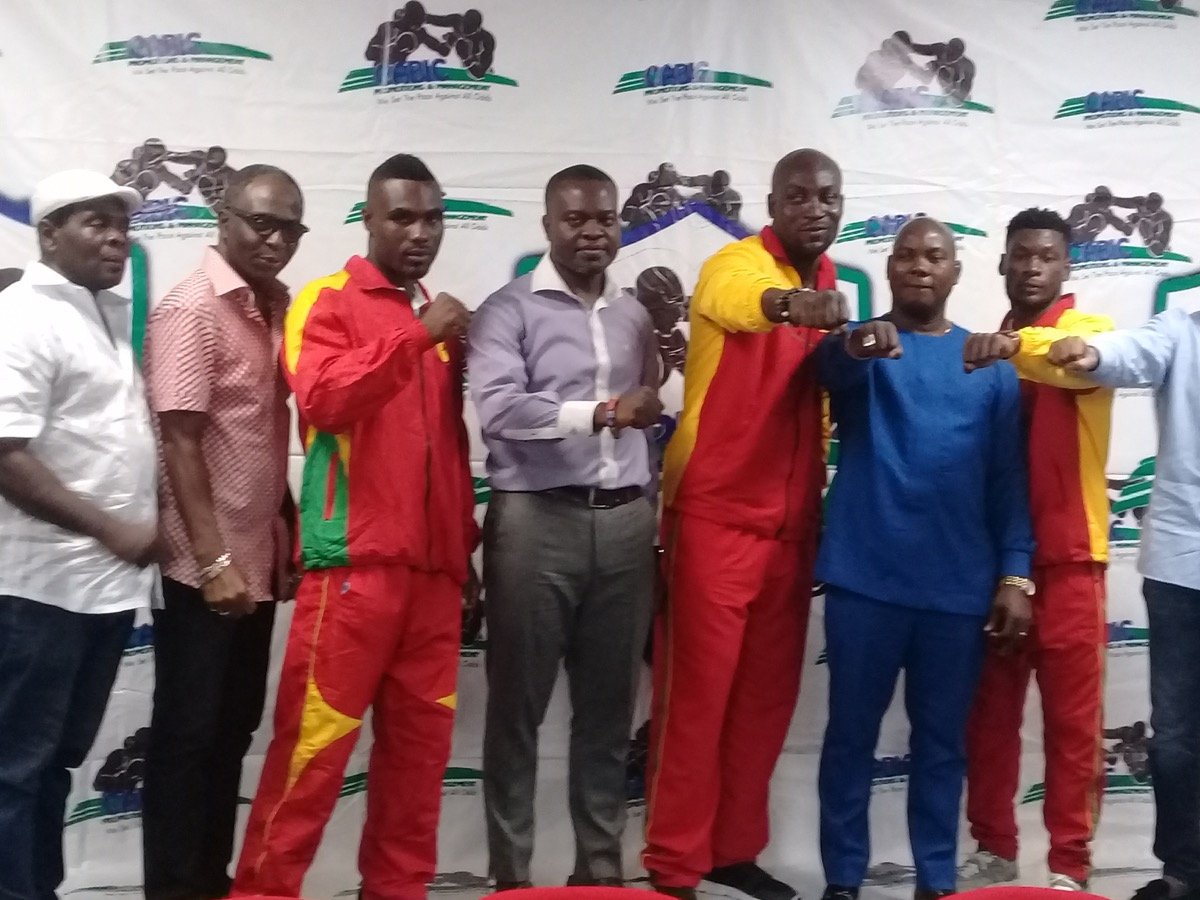 Cabic Promotions will round off their maiden year of boxing with their biggest show yet when both Patrick Allotey and Richard Harrison Lartey defend their WBO Africa titles against opponents from DR Congo and Kenya respectively at the Bukom Boxing Arena in Accra come Christmas Eve 2018, it was announced at a press conference at the same venue in the Ghana capitalý on Wednesday.

Allotey (39-3, 30 KOs) will be making a second defence of the WBO Africa junior middleweight title he first won in April on Cabic Promotions’ maiden bill and successfully defended on their second bill in August . Now ranked number 13 in the latest WBO junior middleweight world ratings, the former Ghana and WBC silver youth welterweight champion faces Sherif Kasongo of DR Congo (12-3, 6 KOs) on their third bill expected to light the end of year festivities and which is set to be screened live across Africa via Supersport on DSTV.

Another boxer on the Cabic Promotions and Management stable is Richard Harrison Lartey (13-1, 10 KOs) who captured the WBO Africa heavyweight belt with a devastating round 2 stoppage of Boniface Kabore of Burkina Faso in August and will defend it against Morris Okola of Kenya (12-2, 6 KOs) in Accra on 24 December.

A third Cabic Promotions and Management boxer also billed to fight on what has been codenamed Cabic Big Fight Night 2 is Emmanuel Quaye who will face yet to be confirmed opponent for the Ghana middleweight title on a night also dedicated by the organisers to reaffirm their CSR campaign to fight drug abuse among Ghanaian youth through boxing.

“We came on board with the promise to produce world champions for Ghana and we are on course, having already made two African champions who we believe will be in position to win world titles next year,” said Ivan Bruce-Cudjoe, CEO and bankroller of Cabic Promotions.

“We thank the Ghanaian boxing community for their continued support and promise everybody that our next show will be the perfect way to start your Christmas. We entreat everyone to join us at the boxing arena on December 24 to enjoy good boxing and as usual interlaced with wonderful musical performances,” Mr. Bruce-Tagoe added.

In the event, other fights confirmed to excite fight fans on the undercard for 24 December include Charles Amarteifio versus Victor Kuwornu in a super featherweight contest scheduled for eight rounds as well as the clash between namesakes, Michael Tagoe and Amartey Tagoe, also at super featherweight and also billed for 8 rounds.

David Kotey meets Solomon Martey at featherweight, same weight at which Emmanuel Quartey AKA Akufo-Addo fights a yet to be confirmed opponent whilst the super middleweight contest between Zeberu Mohammed and Richard Ashong concludes the fixtures for Cabic Big Fight Night 2 at Bukom Boxing Arena, Accra, Ghana, Monday December 24, 2018