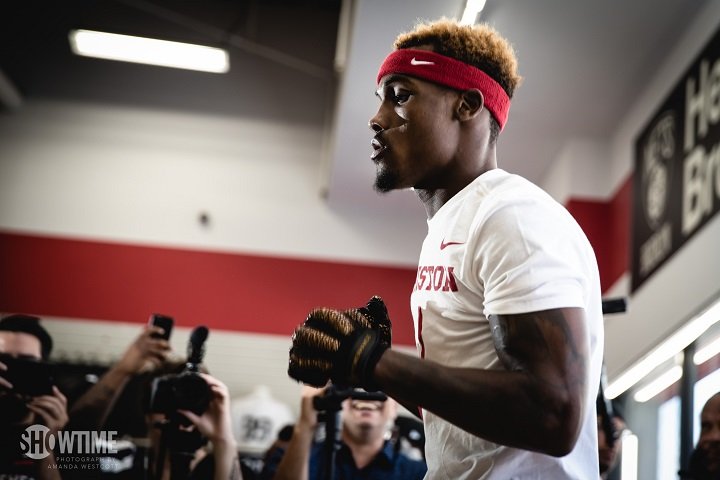 Fighters competing on the Adrien Broner vs. Mikey Garcia undercard this Saturday, July 29 at Barclays Center held an open-to-the-public media workout Wednesday at Modell’s Sporting Goods in Brooklyn before they enter the ring this weekend.

Tickets to the event, which is promoted by Mayweather Promotions and DiBella Entertainment, start at $50 (not including applicable fees), are on sale now, and can be purchased at ticketmaster.com, barclayscenter.com or by calling 800-745-3000. Tickets can also be purchased at the American Express Box Office at Barclays Center. Group discounts are available by calling 844-BKLYN-GP.

Rounding out the group of fighters participating in the workout Wednesday and competing in undercard action Saturday night are unbeaten prospects Noel Murphy from Ireland, 2016 Haitian Olympian Richardson Hitchins and heavyweight George Arias.

“I know that Jorge is a come forward kind of fighter. He’s going to try to put a lot of pressure on me. It’s my debut at 160 pounds so I get a chance to go up against someone who’s never been knocked out before and who has knocked out known fighters. I’m preparing for the best of him.

“I want to continue to move up to the bigger names, like I’ve been doing. Hopefully my performance in this fight will get me more notice from those big names and get me those fights.

“This is a new Jermall Charlo who’s better, bigger, faster and stronger. It’s my job to show everyone that on Saturday night.

“There are a lot of big fights at 160 pounds for me. I paid my dues at 154 pounds. I stuck around there so that I could climb up the ranks. The timing is perfect.

“My job is to go in there and do what I know how to do. Hopefully I can corner one of those big names soon. I’m not running from anyone. I’m here to fight the best in the world.

“The weight naturally comes off during camp, but now that I don’t have to stress as much for it, it feels like the way it always should have been.

“Me and my brother both have been through adversity and our time is now. I want to be one of the best fighters in the world and my job is to take care of this step right here.

“I love being here in New York. This is one of those dreams come true moments. I’ve always wanted to fight in New York.”

“I am so thankful for this opportunity to be on such a big card. I’m really happy with how welcoming everyone in New York has been. I couldn’t be happier or more focused on this fight. This is a crucial fight for me and I can’t wait until Saturday.

“The key for Jermall will be his speed. He’s a fast boxer but he’s jumping up a division. I’ve been at this weight almost my whole career. I know he will be prepared, so I have to be too. Without a doubt, it will be a battle.

“I’ve tried different methods of training to improve my punching power and I think it’s worked. The training has given me more strength and power in my punches.”

“I can’t wait to get in the ring in my hometown. There’s going to be great energy and great excitement on Saturday. I’m in killer mode right now but inside I’m jumping for joy.

“Gerald Washington is a good opponent for me coming back from a layoff. Most people wouldn’t go right into a fight so challenging. I’m warrior-built. I’ve been doing this for a long time.

“My main thing is to go in there and knock him out. However the knockout comes, it comes. This is boxing so anything can happen in there. Deontay Wilder is different than me. I’m going to show that on Saturday.

“I hope that I can get a fight with Deontay Wilder after this one. If he’ll come to New York, then even better. I think my progression is ahead of where he was. We’re going to keep fighting, getting knockouts and eventually a world title fight.

“I had a great training camp. We put in all the work and pushed ourselves. I stepped out of my comfort zone for this one. We’re ready to rock.

“I did a training camp with Wladimir Klitschko, which was amazing. I learned so much from watching him train. The focus that he has and the dedication that he shows is inspiring. It was a great experience to be there and soak it all up.

“I’m just looking to keep focused on Saturday. I’m going to fight hard from bell to bell to get the win.

“Miller is a big tough guy. We expect that from him. We’re in his backyard so I know he’s going to come in 100 percent. We’re here to handle business. All I’m thinking about is Jarrell Miller and taking him out.”

“We prepare for every fight like it’s a world title fight so I’m feeling fantastic heading into this one. It’s great to be on such a big card as well. I’m very excited for Saturday night.

“I’ve been based in Connecticut since my pro career started so I’ve settled in well and I’m feeling ready for the fight. It’s great to finally have an opportunity like this stateside.

“Since the fight was announced I’ve gotten a great reaction from the public. I think a lot of Irish people will be there for both me and Noel Murphy. It’s going to be a great crowd.

“I can be quite aggressive in the ring at times. I think my style is exciting. I’ve also been working on a few new things that I hope people will be impressed by as well. I’m looking forward to showcasing women’s boxing.

“Women’s boxing is on a high at the moment. There have been so many great pros recently and so many big fights being made. It’s only going to get bigger and bigger. I truly believe the best is yet to come for women’s boxing.”

“I had another great training camp and I’m in excellent shape heading into the fight. This is my third fight at Barclays Center and they just get bigger and bigger each time. I can’t wait to get another win.

“I try to be clever with my work, while also being aggressive. I want to throw a lot of punches. I also have the ability to box and not get hit. Anyone who is seeing me for the first time will see an exciting style and enjoy the fight.

“It’s an honor to be on this card with Katie Taylor. She’s probably the greatest Irish athlete ever. Male or female. She’s the reason women’s boxing is in the Olympics. She’s a star in Ireland and I’m thrilled to be on the same card as her.

“I’m very thankful to the fans who have supported me and I’m going to make sure they enjoy Saturday night.”

“I’m preparing to put on a show on Saturday night. I always prepare to be at my best and treat every fight like a title fight.

“It feels great to have the support of my promoter Floyd Mayweather. I just want him to live up to his word and I’ll live up to mine. I’ve always believed that I’m going to be a world champion one day, and he’s going to help me make it happen. I believe I’m going to be a special star in boxing.

“I’m trying to build experience and step up as I go. I’ll step up when my team is ready. Whenever it is, I’ll be ready to go.”

“I’m a fan-friendly fighter. I like putting on pressure and punching non-stop. I can switch it up to movement and boxing if I have to. You can see my past fights are very entertaining.

“I’m really excited for Saturday night. Training was really tough, as it should be. We did everything you’d want to get ready. It should be harder than the fight and it was. I had to train hard for the intensity of my style.

“I’m preparing for my opponent to be ready and hit hard. You always want to prepare for the best opponent possible. I’ll be ready for him.

“Fighting at home is going to be really great. It will probably be the biggest crowd I’ve ever fought in front of and I’m looking forward to celebrating with them after I win.” 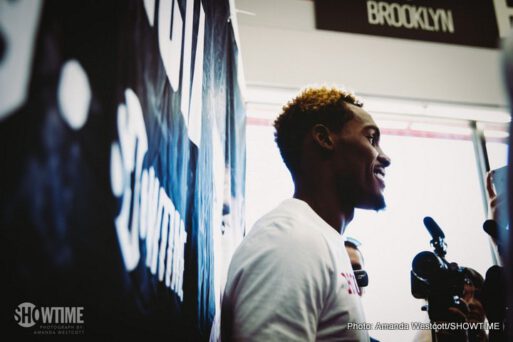 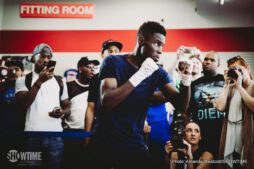 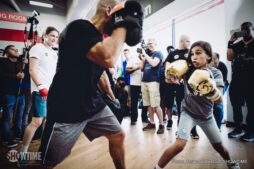 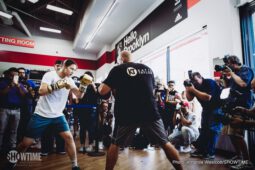 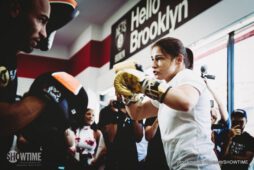 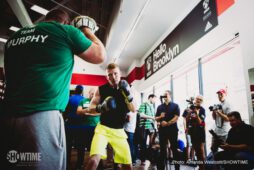 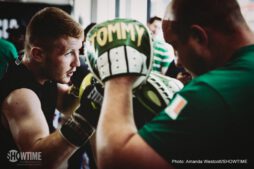 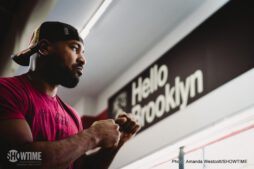 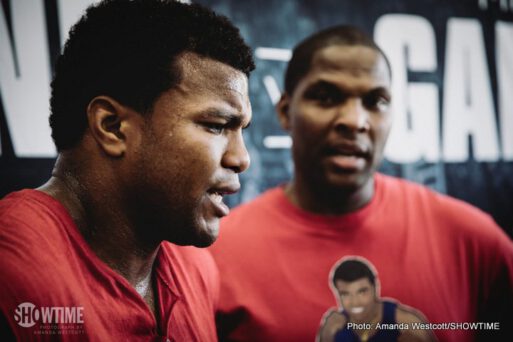 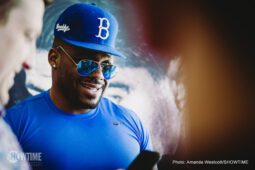 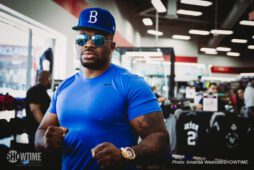 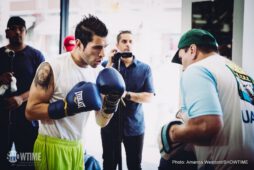