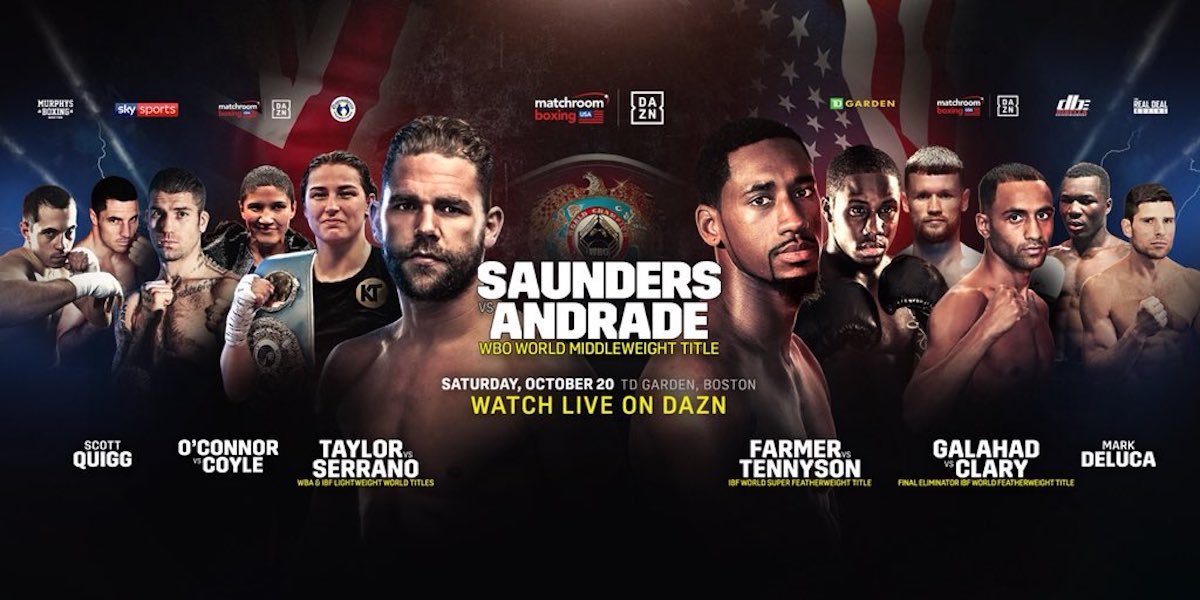 Though the universally accepted middleweight championship of the world will be decided in Las Vegas on September 15 when the undefeated Gennady Golovkin will box Canelo Alvarez in their massive rematch, reigning WBO champ Billy Joe Saunders insists that the winner of his fight against Demetrius Andrade will be the number-one of the 160 pound division.

Saunders and Andrade are both unbeaten and, according to the British southpaw, are avoided. Speaking with Mail Online ahead of his October 20th defence against fellow lefty Andrade, Saunders said that while GGG and Canelo are “the main men at middleweight – neither of them want to fight me or Demetrius.” Saunders says he will win in October and prove he is the very best at the weight in the process.

“There’s a lot of smoke and mist in the [middleweight] division right now, and when it clears up I will be the man standing there. All jokes and trash-talk aside, this is going to be a really good fight. Does anyone want to fight Demetrius? No. Does anyone want to fight me? No. We have to fight each other to prove who the number-one guy is. Technically, we are the two best in the division, and the winner is going to be number-one. I have to beat this man.”

While it’s tough to believe GGG has avoided, or is avoiding Saunders, the WBO champ will certainly emerge as the obvious choice for Golovkin to fight next – assuming both men win their respective fights. Saunders has wanted a piece of Triple-G for the longest time, and if he can add Andrade’s scalp to those he already has – David Lemieux, Chris Eubank Jr. and Andy Lee – he will have shown he is more than qualified, and more than deserving, of a big fight with the pound-for-pound entrant who has ruled the 160 pound division for so long.

The big fight, the fight that will capture the attention of pretty much the whole world, is the GGG-Canelo return. But the October clash between Saunders, 26-0(12) and Andrade, 25-0(16) might just be almost as important. In an ideal world, the two winners will indeed fight some time early next year.