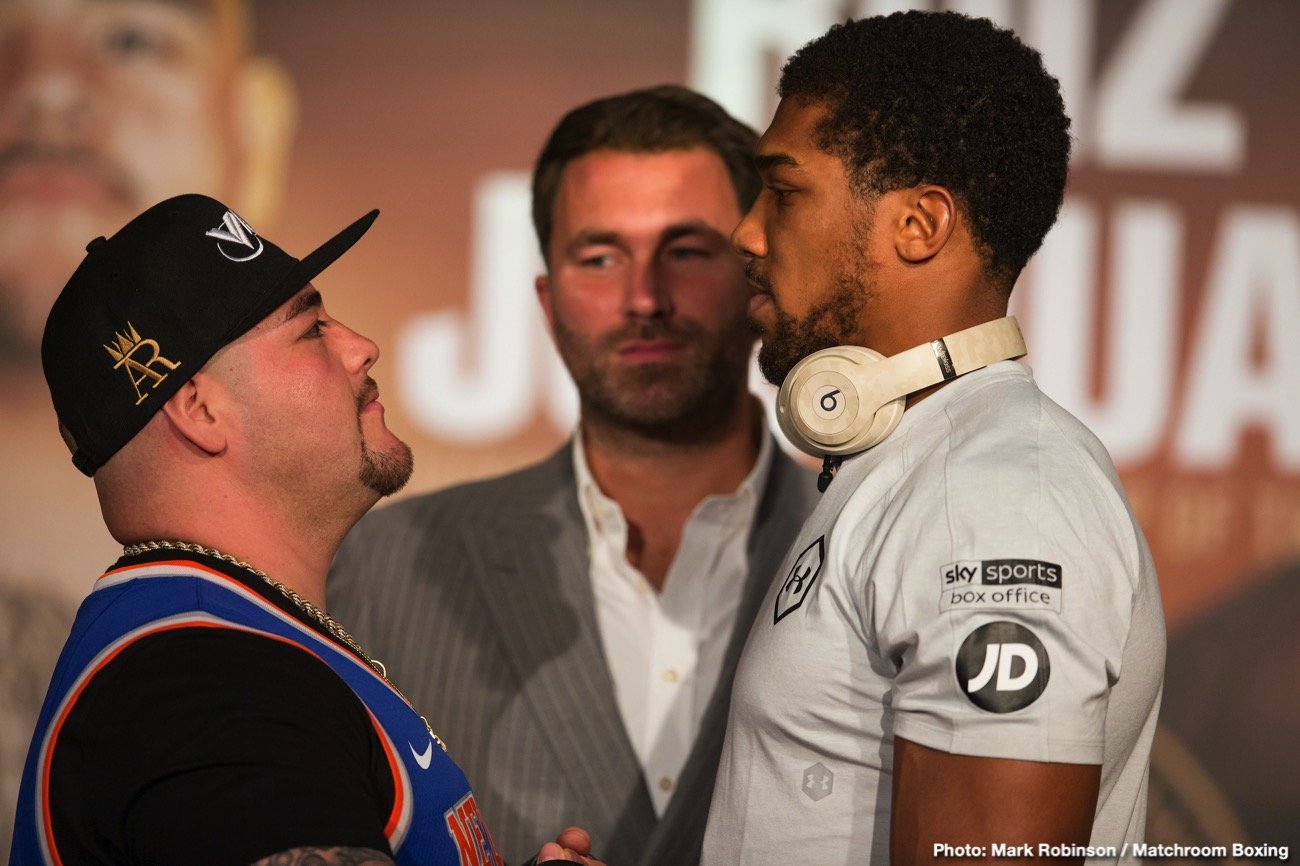 Just who will win on Saturday night when big-hitting heavyweights Andy Ruiz and Anthony Joshua collide in Saudi Arabia? Everyone and anyone has an opinion on what will happen, on who will prevail in The Battle On The Dunes.

Was Joshua overconfident and ill prepared going into the June fight with Ruiz? Was Ruiz simply in the right place at the right time? Or has Ruiz, with his fast feet and even faster hands, just got Joshua’s number? Will we see another fight where both men hit the canvas on Saturday? Will we see a KO?

As per usual, a poll of fight experts and insiders has appeared on the website of Ring Magazine. It’s a poll that certainly makes for very interesting reading. Perhaps surprisingly, of the 22 experts who give their take on what will happen the day after tomorrow, 12 are going for Joshua to pull off the win and get his revenge. The remaining ten pick Ruiz to win again, each expert predicting “The Destroyer” will do so by KO or stoppage.

Perhaps most interestingly, half of the dozen experts who pick Joshua to win feel he will win via 12 round decision.

It has been stated by more than a few knowledgable fight folks that in order to win, Joshua has to “make it a dull fight .” The thinking in these quarters is Joshua, the bigger, taller, perhaps physically stronger man (chin aside perhaps) has to jab, then sling a big right, and then clinch, wrestle, hold as hard as he can and is able to get away with. And he must repeat this cycle all night long. No, this will not make for a great spectacle, but what means more than anything to Joshua is getting the win.

Joshua was too reckless in the first fight, he got tagged by a shot to the temple, and he never recovered. This is how some people break down the June fight. Now, knowing so, so well how dangerous Rùiz can be, Joshua will be patient, he will be quite negative and he will wrap Ruiz up every chance he gets and in doing so he will frustrate and defuse Ruiz.

There could be some booing from the fans who want to see action, but Joshua – taking a little bit from Bonecrusher Smith’s approach in the Mike Tyson fight, along with a little bit from Wladimir Klitschko’s long-serving game-plan of hit, hold, wait for the referee to call break, then repeat, repeat, repeat until the other fighter is as worn out physically as he is frazzled mentally – might just pull off the points win. Its up to Ruiz to prevent Jishua from doing this.

For what it’s worth, a Joshua points win is the pick here.