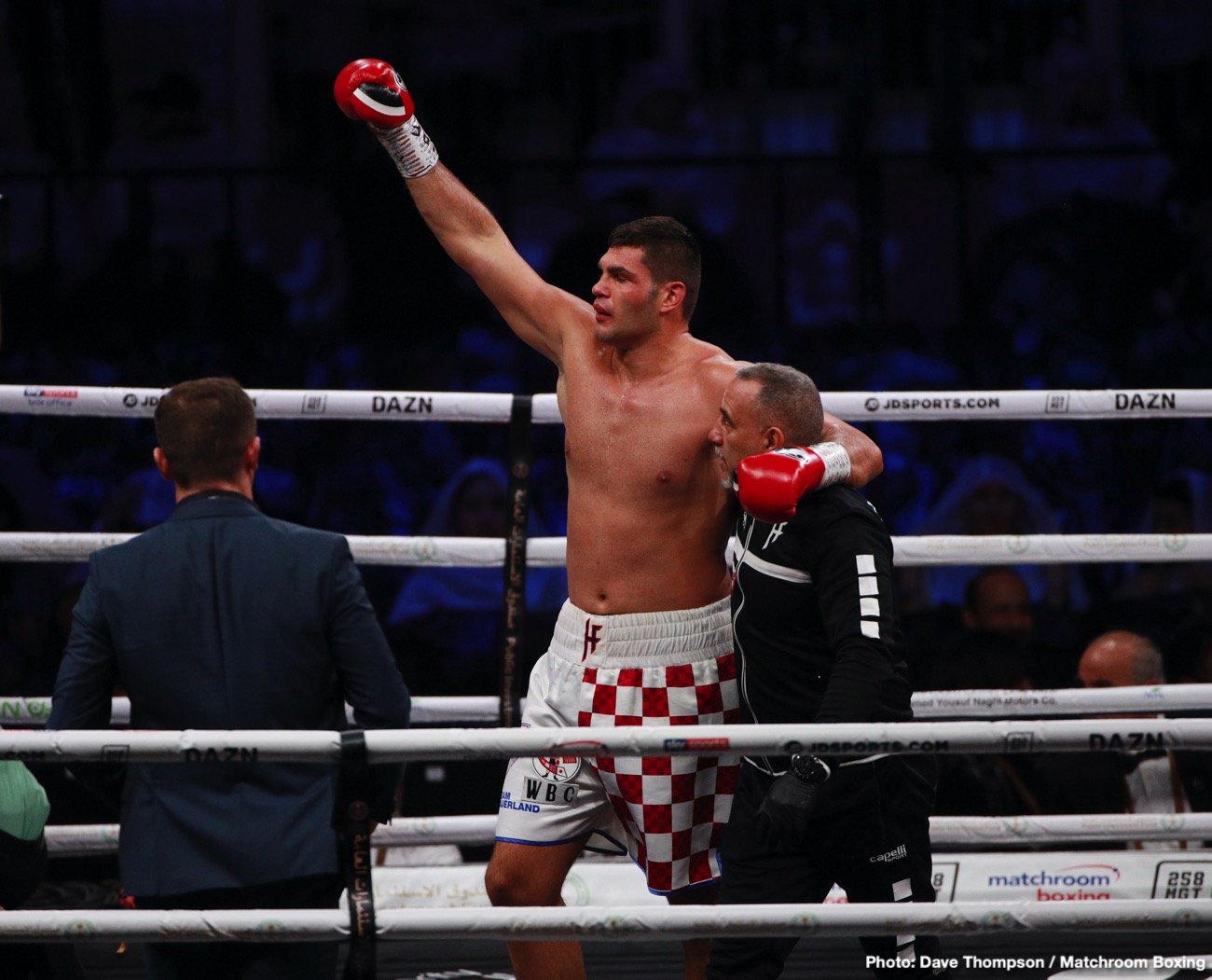 There was a ton of fight action taking place last night, in various locations all over the world. But in terms of the nastiest, the most devastating KO of the night, this was scored by unbeaten heavyweight contender (no longer a prospect) Filip Hrgovic. Hrgovic, having his first fight in ten months, was not in there with anything approaching an elite fighter, yet the manner in which this enormously talented fighter got the job done in round-two was impressive. And quite scary.

Greek heavy Alexandre Kortozia stepped in at short notice to face the Croatian, and he sure went home with a headache. After a relatively eventless opening round, Hrgovic closed the show with a monster right hand that landed flush on Kortozia’s head and sent him down instantly. The stricken fighter was out for some time, and he appeared to be struggling for air.

KO of the year from 'El Animal' @Filip_Hrgovic 🔥

28 year old Hrgovic is now 11-0(9) and already his team have his next fight lined up. Kortozia, who we all hope suffers no ill effects due to the wicked punch he was hit with last night in Denmark, falls to 8-2-1(7).

“I ran into the ring after the match and I saw a man, he almost died. He couldn’t get air,” Hassan said. “Filip really has a bomb in his hands, that right one is really strong. We are returning home happy with the victory; we didn’t work ten months for nothing. In a couple of days, we’re going on the hunt for Rydell Booker. Something ugly is waiting for him as well.”

The word is it will indeed by Rydell Booker next for Hrgovic. 39 year old Booker, who has sparred plenty with Hrgovic and who is currently 26-3(13) has never been stopped. Last seen losing a wide decision to Kubrat Pulev when he was as he said himself overweight, Booker is certainly a far more experienced and tricky opponent than Kartozia.

Can Hrgovic do a job on Booker, or will the crafty veteran extend the fighter many fans and experts say is the hottest young heavyweight out there today?