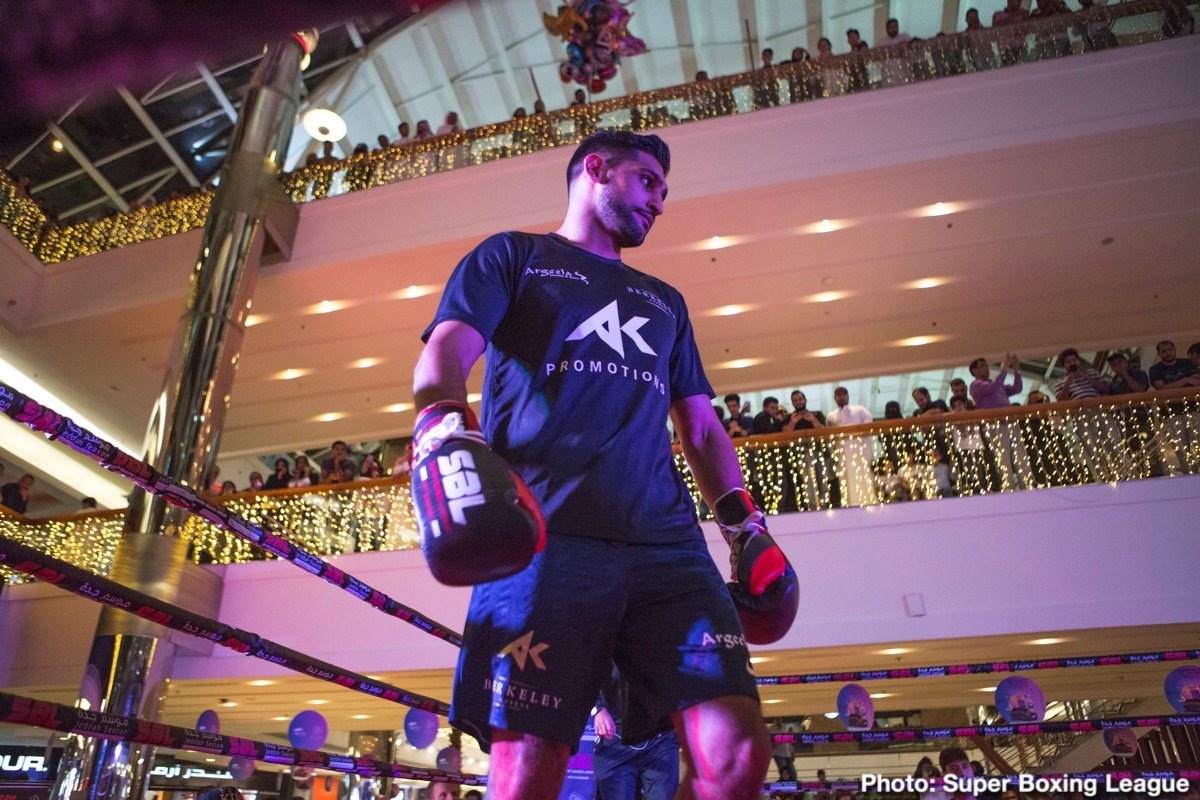 British star and former 140 pound champ Amir Khan is thinking about whether or not he should retire. Very much in two minds, the 33 year old was speaking with Eddie Hearn via Instagram Live (such are the lock down conditions we are all currently living under) and the ‘R’ word came up, but then Khan added how he has “at least two fights left.”

And when it came to the two fights he would like to exit with, “King Khan” mentioned Manny Pacquiao and Kell Brook. It’s no secret Khan has long since craved a massive fight with Pac Man, his former gym mate; while it’s no secret Brook has been calling for a fight with Khan for getting on ten years. Now could be the time for one or both of these fights to take place. Once the coronavirus battle has been won, that is.

“I have a couple of fights left in me – one or two at least,” Khan said. “I’ve had 39 fights, a great career, I love the sport to bits but there will come a day when I want to do other things. The biggest fights motivate me. When you’ve made so much money and won world titles, what’s going to motivate you? A Manny Pacquiao fight is huge, wherever it was [to take place], then you have Kell Brook, another massive fight in the UK. I still love the sport, I want to fight – we just don’t know how long this coronavirus is going to last.”

If Amir Khan is close to the end, how will he be remembered? If he can go out with a win, or a couple of wins, and against either Pacquiao and/or Brook, Khan will have to be given his respect. It seems, though, that Khan is a fighter many fans like to criticize. Whether it’s due to his letdown chin or the fact that he lost most of his big, big fights, many fans put the boot in when speaking about Khan. But Khan has to be remembered as a fine fighter who was both exciting every time out and unafraid of taking on the best of the best – see his battles with Marcos Maidana and the far too big and dangerous Canelo Alvarez for two examples of his bravery.

I for one would like to see Khan go out with a big win. The criticism, severe dislike even, has always been a mystery to me. Khan at his best was a special talent. Give him his due.