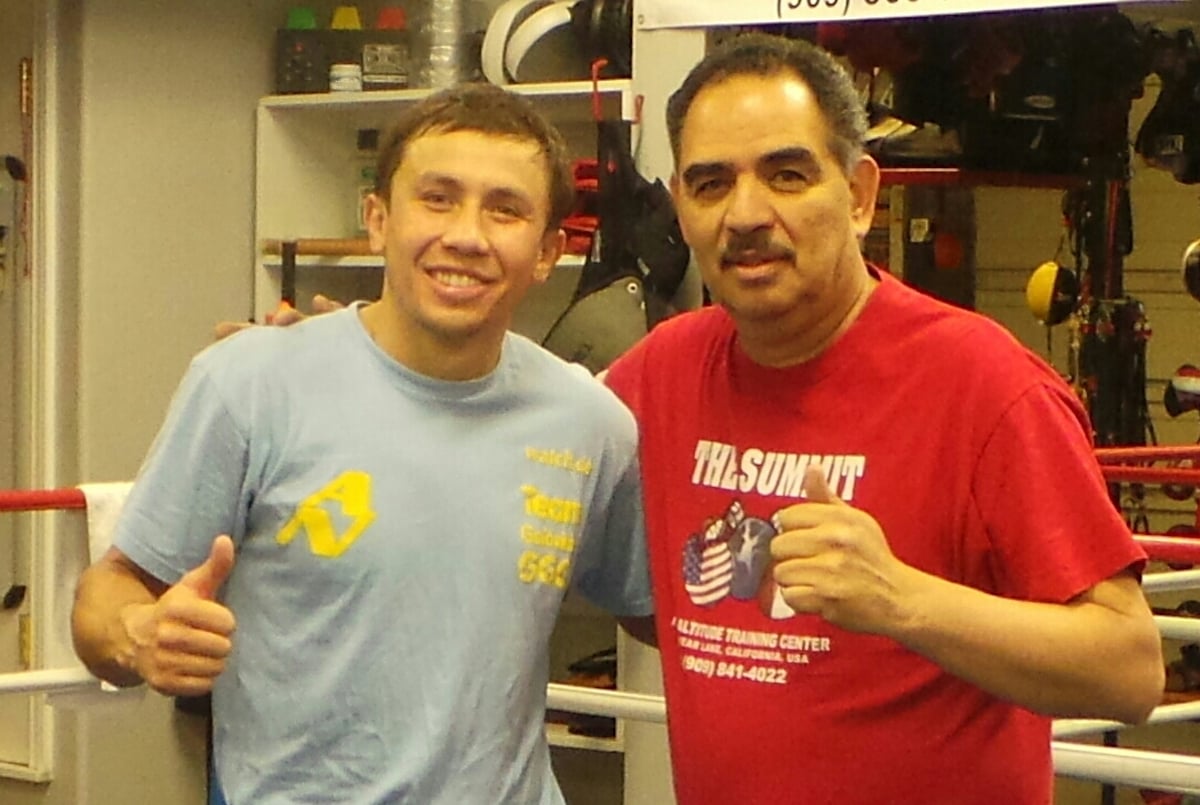 “He ran, he stalled, he didn’t conquer,” so sayeth trainer of the year ABEL SANCHEZ about former two-division world champion Canelo “Beef Jerky” Alvarez, (49-1-2, 34 KOs), of Guadalajara, Mexico. Sanchez is putting his star pupil GENNADY “GGG” GOLOVKIN, (38-0-1, 34 KOs), from Karaganda, Kazakhstan, boxing’s longest-reigning world champion (since 2010), through his paces at The Summit, the high altitude training camp in Big Bear Lake, Calif., in preparation for the Mexican Independence Day rematch between the two top pound for pound fighters. Golovkin, the beef-eating undefeated World Middleweight Champion with the positive attitude and the negative random drug test results, is hard at work training for his record-breaking 21st consecutive title defense. Canelo vs. Golovkin 2, takes place Saturday, September 15, at T-Mobile Arena in Las Vegas. It will be produced and distributed live by HBO Pay-Per-View® beginning at 8 p.m. ET / 5 p.m. PT.

“The last fight between Gennady and Canelo was a real contrast of styles,” said Sanchez. “Gennady had to chase Canelo, who boasted that he was the true Mexican warrior, around the ring. It reminded me of the four corners offense those old Dean Smith-coached basketball teams used to play. I’m seriously considering asking the Nevada Athletic Commission to install a 24-second clock to force Canelo to engage. Compare the activity between the fighters in their first fight. Gennady did everything in that fight. Gennady wasn’t the one who got booed by the fans when those crazy scorecards were announced. And Gennady is going to do even more in the rematch. I read that Canelo isn’t eating beef in this camp. Let’s just hope he stopped eating duck too.”

ESPN Deportes unveils a new This is SportsCenter campaign featuring Lineal Middleweight World Champion Canelo Álvarez and undefeated WBC, WBA and IBO Middleweight World Champion Gennady Golovkin (GGG) in anticipation of their upcoming rematch scheduled for Saturday, September 15. The spot will debut on the 11 p.m. ET edition of SportsCenter on ESPN Deportes (U.S.) and on ESPN throughout Mexico and Central America.

“We are thrilled to have been able to bring together these two boxing champions leading up to this long-awaited rematch for a This is SportsCenter campaign” said Michelle Bella, Vice President, Sales and Consumer Marketing, ESPN Deportes. “ESPN’s This is SportsCenter campaign has a special place in fans’ hearts and we are delighted to bring that same lighthearted humor to our marketing creative for ESPN Deportes.”

“As soon I heard the sound of the microwave, I felt like it was the sound of the ring bell. My mind immediately responded and I told myself: There is nothing more to say here. I’m going to knock him out,” said Canelo.

Added Golovkin: “After pounding the keyboard at the ESPN offices, I’m ready to pound Canelo again on September 15 at T-Mobile Arena.”.
The commercial was created in-house by ESPN Deportes’ marketing team and was shot at ESPN studios in Los Angeles.