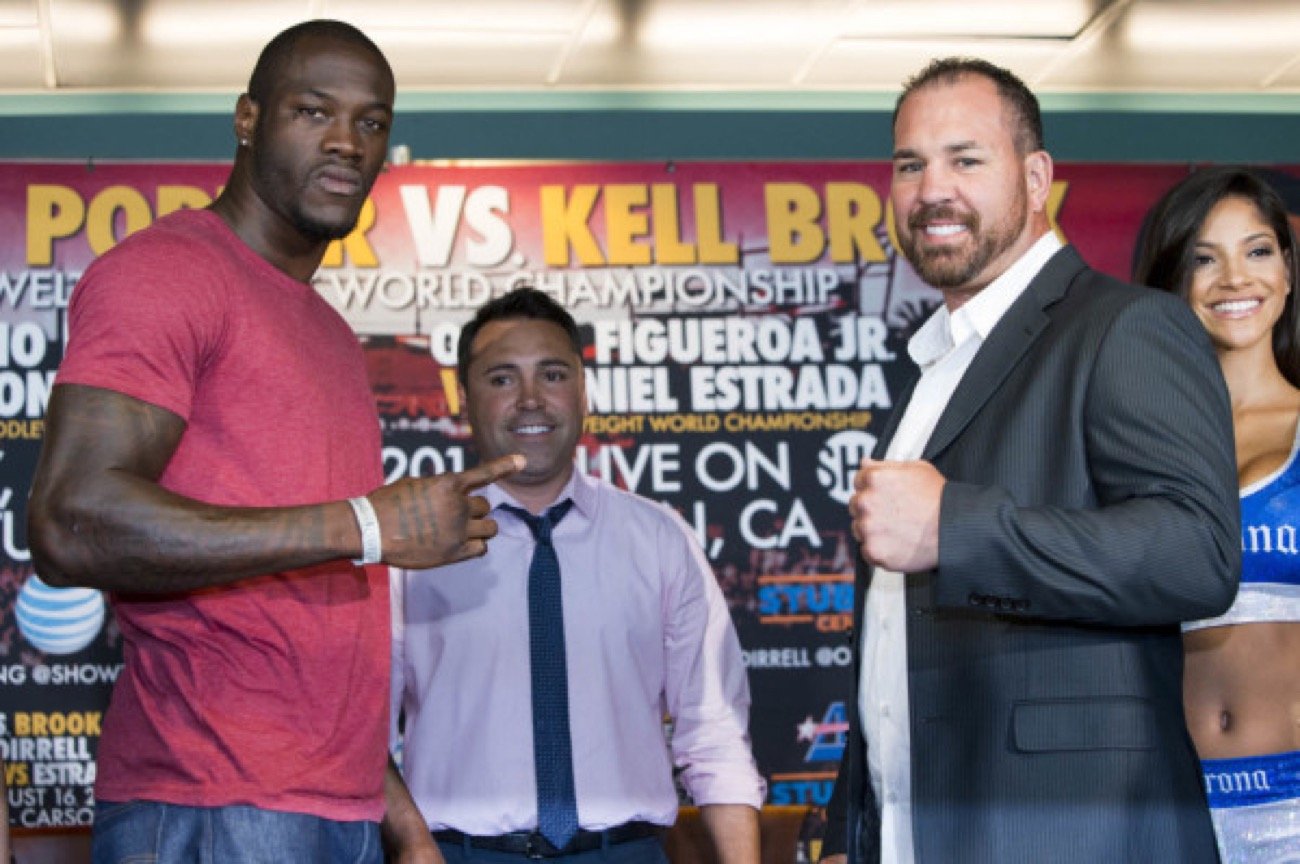 A police officer, a professional boxer, and a gentleman walk into a bar.

Jason Gavern is an officer with the Okeechobee Police Department in Florida.  Like most police officers, Gavern puts himself in harm’s way arresting criminals who are often angry or violent.  But unlike most police officers, he has also been in the ring with the some of the most widely-known heavyweight boxers on the planet, such as Wladimir Klitschko, James Toney, Deontay Wilder, Anthony Joshua, and Tyson Fury.

One never knows when opportunity will knock.  For Jason Gavern, it knocked in 2014 while he was eating lunch at a bar.

“I was sitting there eating chicken wings,” he recalls, “when my phone rings and they’re asking me if I wanted to fight Deontay Wilder.”

At this point in his career, Gavern had been in the ring with such renowned fighters as Steve Cunningham and James Toney.  However, Deontay Wilder is the most dangerous puncher in the heavyweight division, and possibly the most dangerous puncher of all time.  Moreover, the call came less than a week before the bout, so Gavern had virtually no time to train or otherwise prepare.  Nonetheless, Gavern had the courage to accept the challenge.

Wilder extended his undefeated record that evening with a win over Gavern, but Gavern took the future champion outside of four rounds for the first time in Wilder’s career.  Wilder’s next bout would be for the World Boxing Council [WBC] Championship.  Meanwhile, Gavern used their bout as an opportunity to show the sport of boxing his skill, toughness, and tenacity.  This led to another opportunity to fight yet another future world champion, Anthony Joshua, in England.

One of the more notable features of Gavern’s boxing record are all of the various countries to which he has travelled for his opponents.  When he had the opportunity to fight an undefeated Junlong Zhang, he travelled to China to meet the Chinese pugilist.  Meanwhile, this would be Zhang’s tenth consecutive bout in China.  As of the date of this publication, Zhang has yet to face an opponent in any country other than China.

Similarly, Gavern travelled to England to challenge Anthony Joshua in Englishman’s proverbial backyard.  A close look at Joshua’s record shows that he never had a professional bout that took take place in in a country outside of the United Kingdom [U.K.] prior to facing Gavern.  Indeed, Joshua never fought outside of the U.K. until his loss to Andy Ruiz in New York City.  Conspicuously, Joshua did not compete in the Olympic games until the Summer Olympics came to England.

Meanwhile, Gavern fought the majority of his last thirty-one bouts in countries other than the United States.

In addition to law enforcement and his own professional boxing career, Gavern served as a sparring partner in countless boxing camps, including Wladimir Klitschko, James Toney, Tyson Fury, and future opponents Anthony Joshua and Deontay Wilder.  These experiences gave Gavern remarkable insight into boxing camps in general as well as each of those boxers in particular.

“Each camp has basic rules,” Gavern explains.  “During the time you are in the ring sparring it’s the same in each camp.  I want to shadow his opponent the best I can.  There’s a respect thing.  They’re going to crack you, but nobody is trying to hurt anyone.  And if you’re hurt, they’re not going to jump on you.  Because if I get hurt, he doesn’t have a sparring partner.”

Outside of the sparring sessions, Gavern describes very different camp experiences from one fighter to the next.

“Joshua’s camp was nice.  Nice hotel.  They took care of me,” he explains. “But Fury’s camp was different.  You show up at noon to spar and that’s it.  They don’t care about you.  They don’t call you or check up on you.  The boxing community is a small community.  If people don’t treat you well, people will say don’t go there.”

After spending many years sparring in many camps, Jason Gavern came away from the experience with a clear favorite.

“The best camp was Klitschko in Austria,” Gavern gushes.  “Five-star hotel, nice room… you name it.  The best experience of my boxing career was the Klitschko camp.  I never expected to go that far in the sport.  I was a cop in Scranton, and next thing you know I’m in Austria with the Klitschko camp.”

Gavern also speaks of both Deontay Wilder and the Wilder camp endearingly.

“Wilder’s manager is Jay Deas.  He’s a really, really nice guy.  A super cool guy.  And Deontay is cool, too,” Gavern recalls.  “It was a good camp, and after   we would all go out…  Deontay, the coaches, the sparring partners…  One night a week we would all go to a steakhouse.  Work hard, play hard.  A very professional camp.  And this is before he was champion, before I fought him.”

Gavern carries a reverence for the sport and a gentlemanly respect for his contemporaries.  A notable “W” in Gavern’s winning record [27-21-4] came against future Hall-of-Famer James Toney.

For years, Gavern served as one of Toney’s sparring partners, at one time even serving as his chief sparring partner.  Later, Gavern would face Toney as one of three opponents he faced in one day during a tournament in England.

“Toney’s camp wanted a rematch, but I said no,” Gavern recalls. “At that time, Toney was a shell of the fighter I had known.  I didn’t want to fight him the first time, but we got paired up in the tournament so it happened.”

Three and a half years removed from his last professional bout, Gavern is unofficially retired from boxing.  However, he insists he has not ruled out another fight.

Unlike a lot of pugilists, Gavern never needed to box.  Conversely, he chose to box.  He was already a police officer, married, and a homeowner when he first laced up a pair of gloves.  Gavern described his choice to box and his adoration for the sport in poetic fashion: