On this day in 1982, at The Cobo Hall in Detroit, a huge upset took place. The great Roberto Duran, still in the tough, time-consuming process of regaining his reputation – the one that took such a hit due to the infamous “No Mas” fight of November 1980 – met a largely unknown fighter from Britain called Kirkland Laing.

It’s likely Duran was not aware of the Londoner’s ring nickname – that of “The Gifted One.” But “Hands of Stone” sure would be appreciative of the moniker after spending 10 largely frustrating rounds in the ring with Laing. 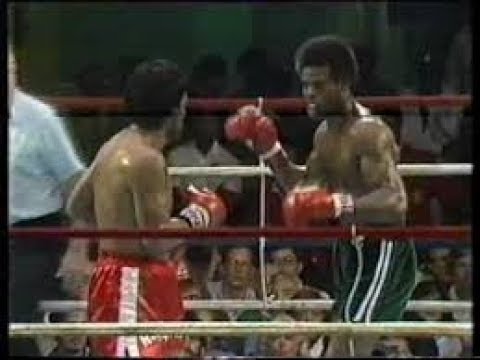 Laing, with his unusual, hands low, base everything on sheer reflexes style and approach, gave Duran fits. Duran tried to lay some hurt on his non-stop moving foe, yet try as he might, Duran couldn’t nail Laing cleanly with the big shots he wanted to land. The same could not be said of the underdog, who managed to hurt Duran with a big right hand to the head in an amazing 7th round. Duran was battling the most tricky puzzle he had encountered since facing Sugar Ray’s stick and move showboating.

Duran never quit against Laing, yet it is entirely possible he was suffering some flashbacks from New Orleans. The fight, clearly won by Laing, was scored as a split decision, with all three judges having it 96-94 – one official giving it to Duran, the other two judges doing the right thing in handing Laing his deserved win.

Duran was obviously upset at having lost, yet at the same time he was in no rush to box Laing in a rematch. Not that Laing could be found to fight anybody after scoring his career-best victory. Laing, as was his way, partied hard after beating Duran; with manager Mickey Duff literally flying all over the world, searching for his in-demand fighter.

A world title shot was practically a given, yet Laing had vanished. Laing never did win a world title, instead it was comeback king Duran who went on to rule the world again after his awful night with Laing – Duran going on to win belts at 154 and 160 pounds.

Laing was a true one-off. Unfortunately, the combination of desire, discipline, dedication, and sheer boxing skill be put together both before and during his fight with Duran, also proved to be a one-off in terms of boxing on the world’s stage.

Kirk passed away, aged just 66, last October. Fans who saw what he did to Duran never stopped wondering how much this gifted, life-loving, part-crazy boxer might have achieved had he been blessed with discipline and a desire to live the boxer’s life. 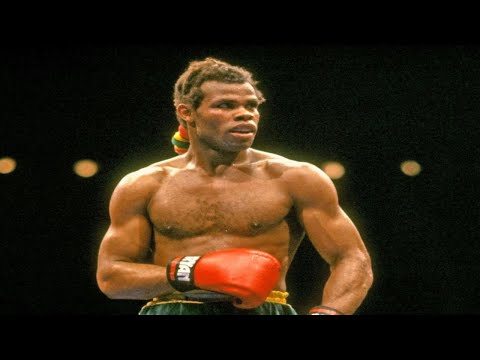