Luis Ortiz snubbed the IBF’s offer to him to compete in a heavyweight title eliminator against the division’s boogeyman Filip Hrgovic. The IBF will now ask #4 Joseph Parker (30-2, 21 KOs) to take the fight, and he has until Friday to agree to the fight with the 29-yer-old Hrgovic.

If the former WBO heavyweight champion Parker rejects the fight, the International Boxing Federation will go down their rankings and ask the next highest-ranked contender to take the fight with Hrgovic.

Unfortunately for Hrgovic, the next available contender in the IBF’s rankings is 2016 Olympic gold medalist Tony Yoka, who  TWICE outboxed him in the amateur ranks, and proved that he had the kryptonite to defuse the Stone Man’s powerful punches.

For Hrgovic’s sake, he needs to hope that Parker takes the fight with him because he matches up better with the New Zealander, who has proven repeatedly that he lacks the killer instinct and struggles when fighting guys that rough him up.

The 6’7″ Yoka will likely outbox the stiff, robotic Hrgovic and beat him once again just as he did in the 2016 Olympics.

The 42-year-old Luis Ortiz (33-2, 28 KOs) boldly claimed after his sixth round knockout win over Charles Martin last Saturday night that he’s “coming for every heavyweight in line for the title.” But it would appear that he forgot to say that Hrgovic is the one exception.

What we don’t know is if Ortiz’s management at Premier Boxing Champions are the ones behind him choosing not to fight Hrogic, because the move doesn’t make sense. 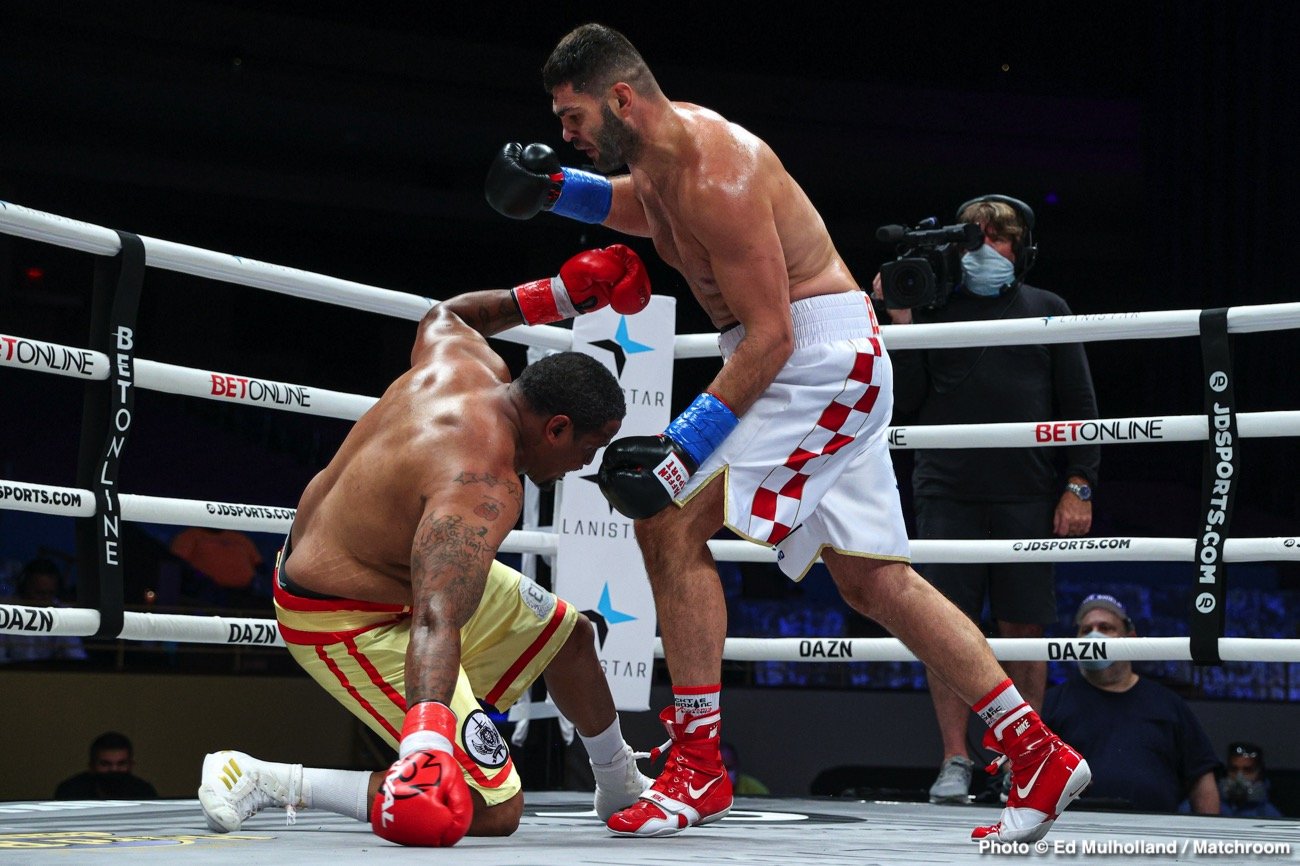 At 42, Ortiz’s chances of getting a lucrative title shot against Tyson Fury or Oleksander Usyk are virtually zero. Really, the only shot Ortiz has of getting a title shot is to fight in a title eliminator, and he had the perfect opportunity with the IBF asking him to face Hrgovic, who is a beatable fighter.

Unless Ortiz knows something that the boxing public doesn’t in terms of him having another path to a world title shot, it’s a mistake on his part not to take the fight.

Of course, Ortiz had a chance to fight former heavyweight champion Anthony Joshua and chose not to take the match, which would have made him millions.

It does make sense for Ortiz to bypass the Hrgovic fight if he or his management don’t believe he can win. The money that Ortiz will make fighting Hrgovic won’t be substantial, and if he can probably do better if he can get a match against Andy Ruiz Jr.

“Per @SauerlandBros, Luis Ortiz rejected IBF final eliminator vs @Filip_Hrgovic. Next in rankings to be offered bout is @joeboxerparker, who has until Friday to decide. If he doesn’t take it IBF continues down rankings. If you want to box for IBF title you have to go thru Hrgovic.

Luis Ortiz on Saturday after knocking out Charles Martin in IBF semifinal eliminator: “Now I’m coming after every heavyweight in line for the title.” Apparently not. #boxing
@Filip_Hrgovic @SauerlandBros.”

“I think @Filip_Hrgovic v @joeboxerparker are what boxing dreams are made of,” said Kalle & Nisse Sauerland @SauerlandBros.