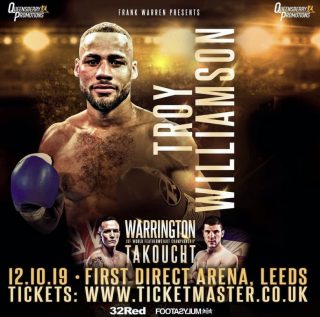 Unbeaten super-lightweight Sam Maxwell has outlined some lofty ambitions as he prepares to close out 2018 on the Josh Warrington vs. Carl Frampton card. The former Team GB star (9-0-KO7) … Read more

Unbeaten middleweight Troy Williamson is ready to take on all-comers as he looks to establish himself as one of the leading lights of the division. ‘Trojan’ (8-0-1-KO5) rounded off 2018 … Read more

Unbeaten middleweight Troy Williamson (7-0-KO5) is in no doubt he will repeat his amateur victory over Jack Flatley on the undercard of Tyson Fury’s comeback on June 9. Williamson outpointed … Read more 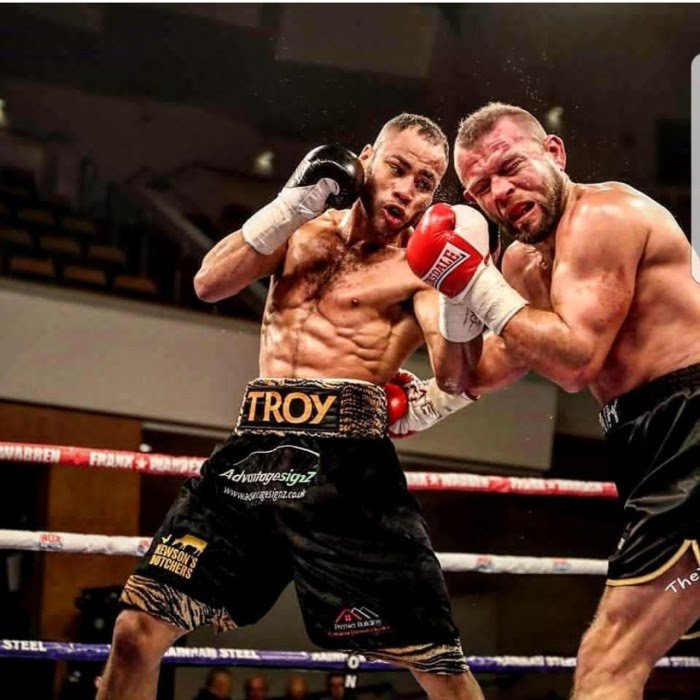 Former ABA champion Troy Williamson is set for a busy few weeks of action as he prepares for back-to-back bouts inside the space of eight weeks.

The undefeated MTK Global-managed middleweight will return to the ring on February 25 in Dunston with that bout acting as a warm-up for his undercard slot in support of Carl Frampton’s big Belfast bout against Nonito Donarire on April 21.

Last Sunday, Glynn Evans caught up with the 25 year old middleweight – a former ABA champion and European Championships rep – to hear his story.

Darlington Middleweight Troy Williamson is delighted to have signed a long-term promotional deal with top promoter Frank Warren. The former Team GB squad member enjoyed a successful amateur career, competing in the World Series of Boxing and winning an ABA title in 2015.