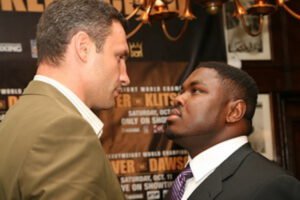 Rewind to the mid-2000s, and Samuel Peter really was a heavyweight puncher to be reckoned with. Peter was a brutally powerful banger who had plenty of us convinced he would not only go all the way and rule the world, but that he would become the next dominant heavyweight.… read full article “Samuel Peter KO Jeremy Williams: When The Nigerian Really Was A “Nightmare!”” 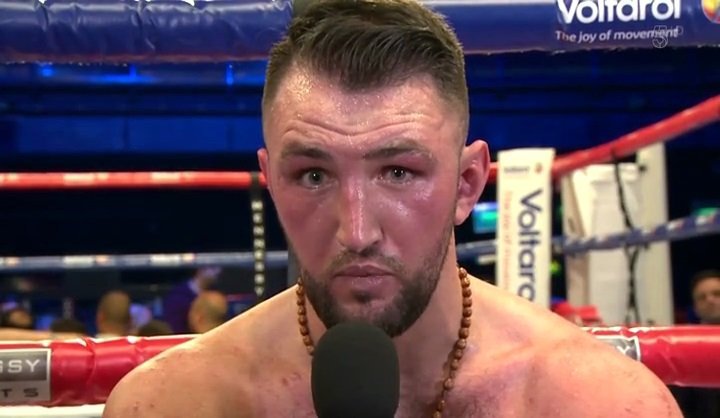 Tonight in Saudi Arabia on the big Amir Khan card, heavyweights Hughie Fury and Sam Peter turned in an utterly bizarre and wild fight. Fury, the younger man by 14 years at age 24, won via TKO in the seventh-round when Peter swung wildly with a right hand and apparently either dislocated or otherwise injured his left shoulder.… read full article “RESULTS: Hughie Fury Stops Sam Peter In Bizarre Fight; Peter Dislocates Shoulder In Foul-Fest” 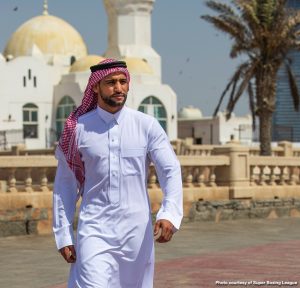 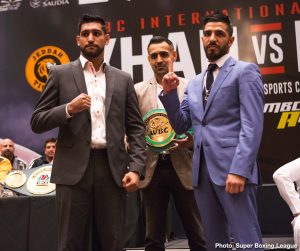 Amir Khan is promising a special show against Billy Dib this Friday on the massive ‘Red Sea Fight Night’ extravaganza as he looks to make Saudi Arabia the centre of the boxing world.

The Two-Time World Champion makes his big Middle East debut at the King Abdullah Sport City stadium in Jeddah when he takes on Billy Dib for the Vacant WBC International Welterweight Championship, exclusively live in the UK on Channel 5 and 5Spike.… read full article “Khan vs Dib, Fury vs Peter Final Presser Quotes”

Ivaylo Gotzev of Epic Sports and Entertainment proudly announces that his blockbuster show entitled “Rumble on the River”, being held Saturday, September 27, 2014, at the OKC Downtown Airpark in Oklahoma City, will be streamed LIVE via Internet (devices like Roku, iPhone, iPad and computers) Pay-Per-View at 9:00 PM EDT
at GFL.tv.

The opponents have been announced for the co-main events on Saturday, September 27, 2014’s, “Rumble on the River” at OKC Downtown Airpark in Oklahoma City, presented by Ivaylo Gotzev and his Epic Sports and Entertainment.

On Saturday, September 27, 2014, big-name boxing returns to Oklahoma City, as Ivaylo Gotzev and his Epic Sports and Entertainment will proudly present a blockbuster show entitled “Rumble on the River” at OKC Downtown Airpark.

Featured in the dual main events will be the return of a pair of well-known names. 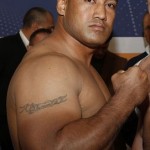 In news which will surprise some, and seems standard to others, former WBC heavyweight champion of the world Samuel Peter has signed to fight recent title challenger, and popular contender, Alex Leapai. The 10 round bout is scheduled for October 24 of this year, given the former champion barely two months to prepare, and is set for Leapai’s home country of Australia. The news has been confirmed by several media outlets and the bout is listed on the usually reliable boxrec.com.

Rumours have been circulating since December of last year that Peter was planning a ring return. The always popular Nigerian powerhouse was reportedly said to be struggling with the idea of retiring off of two back to back losses, the last being a particularly shocking, and painful to watch, knockout at the hands of Robert Helenius three years ago. The nature of that loss and the fact that Peter has not boxed in three years will give his former fans a rather ominous sense of foreboding ahead of this fight. Does Peter really want another crack at the big time? Or is it simply another sad case of a former star and champion secretly battling financial losses and succumbing to acceptance of the role as the ‘opponent’ on another fighter’s card. As with the Helenius fight, this bout is going to be an Alex Leapai show in front of his fans. Peter has been chosen by team Leapai as a big name to build upon after a hopelessly one sided title defeat to Wladimir Klitschko.