A half century ago this August 4, a heavyweight collision took place that is still something of a talking point with regards to whether or not the referee jumped the gun in halting the fight too soon or not.… read full article “George Vs. George – When Foreman Ran Into Chuvalo”

Yet Canada’s Finest Is Still Fighting The Good Fight Today

Has there ever been a tougher fighter, indeed a tougher man, than George Chuvalo? If there has, there is no proof of his existence; at least in terms of film, or anyone still alive who can attest to the fact.… read full article “There Were Calls For George Chuvalo’s Retirement After His Loss To Joe Frazier” 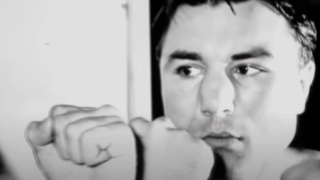 At 27-years of age and in his eighth year since turning professional, the career of George Chuvalo was going nowhere fast. By mid-1964, he had lost his Canadian heavyweight title to feather-fisted Bob Cleroux and Chuvalo’s 26-8-2 record was flush with victories over no-name ham and eggers, and of those 26 victories, 10 were against opponents with either a losing record or else making their pro debut.… read full article “The Fascinating Saga Of George Chuvalo & Irv Ungerman”