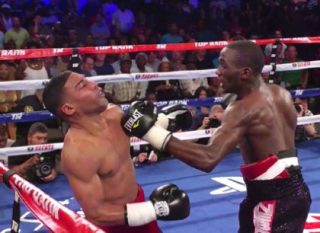 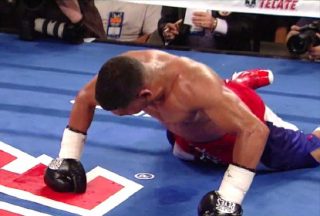 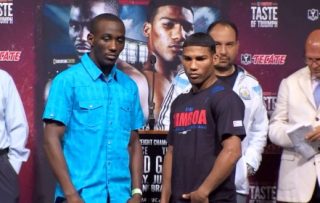 Omaha gets its first title fight in over 40 years this Saturday on HBO with a matchup of speed, wits, and power that may not create explosive action. It will however bring us clarity at the division raising the winners profile at lightweight and beyond.

Yuriorkis Gamboa lived up to his nickname “The Guantánamo Cyclone”, when he stormed on to the American boxing landscape via Espn2 Friday Night Fights. After a few highlight reel knockouts HBO came knocking and Gamboa kicked the door down with his blistering hand speed, mixed with heavy hands and vulnerability.

The fans began to call for a lower weight super fight of sorts with Puerto Rican Juanma Lopez, who at the time was making waves with his volume punching and a 1st round knockout over Ponce De Leon. If it wasn’t one punch power, it was rapid fire combinations breaking punch stat records and his opponents will in the process.

The WBO lightweight champion got his first taste of world title success when he overcame Scotland’s Ricky Burns earlier this year, with his first title defence taking place this weekend against the unbeaten Gamboa, live and exclusive on BoxNation.

HBO’s hit late-night boxing franchise visits Omaha, Neb. for the first time to present an all-action doubleheader featuring a world title bout between undefeated rising stars when HBO BOXING AFTER DARK: TERENCE CRAWFORD VS. YURIORKIS GAMBOA AND MATT KOROBOV VS. JOSE UZCATEGUI is seen SATURDAY, JUNE 28 at 10:00 p.m. (live ET/tape-delayed PT) from CenturyLink Center, exclusively on HBO. The HBO Sports team will be ringside for the event, which will be available in HDTV, closed-captioned for the hearing-impaired and presented in Spanish on HBO Latino.

World Championship Boxing returns to Omaha for the first time in 42 years! Undefeated world champions TERENCE CRAWFORD, the Pride of Omaha, and Cuban sensation YURIORKIS GAMBOA, who boast identical 23-0 (16 KOs) professional ring records, will be battling for Crawford’s newly-won World Boxing Organization (WBO) lightweight title This Saturday! June 28, at the the CenturyLink Center in Omaha (455 North 10th St., Omaha, Neb. 68102). This will be the first world championship fight Omaha has hosted since Joe Frazier successfully defended his heavyweight title against Nebraska’s-own Ron Stander on May 25, 1972. It will also be a professional homecoming for Crawford, who has not fought in his home state since 2011. The fight will be televised live on HBO Boxing After Dark®, in its first-ever visit to Omaha, beginning at 10:00 p.m. ET/PT. The telecast will open with undefeated Top-Five contenders MATT KOROBOV and JOSE UZCATEGUI battling in a 10-round rumble for the vacant WBO Inter-Continental middleweight title.