Former heavyweight champion Charles Martin was shot in the forearm earlier this week, and is laid up in the hospital … TMZ Sports has learned. 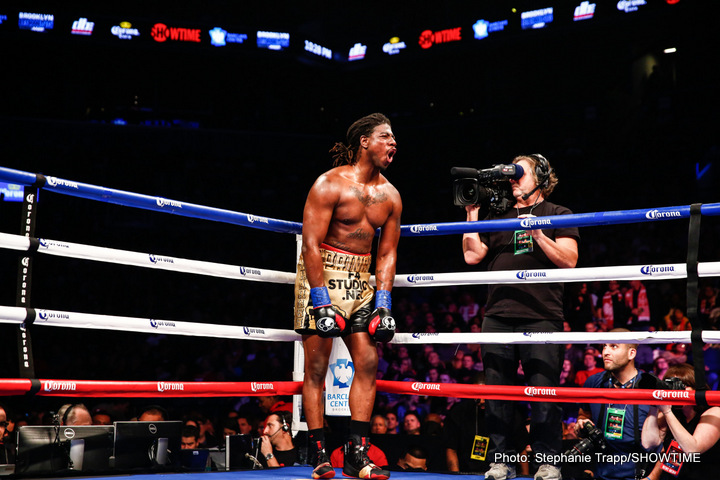 The above headline may seem a little harsh, but after the quite pathetic looking showing he gave against Anthony Joshua in April, fans have every right to have lost most, if not all interest in one “Prince” Charles Martin. Making the first defence of the IBF heavyweight title he was deemed by many to have been fortunate to win when Vyascheslav Glazkov’s knee blew out in a fight between the two that contested the recently vacated strap, Martin offered almost nothing against the big Brit known as A.J.

Martin was reportedly paid handsomely for his short, 2-rounds, night of work, and many fans felt they’d probably seen the last of Martin. But no, the former champ is set to get back into training in early August, with a couple of return fights being looked at before the humbled fighter who, before the Joshua debacle said he “walks this earth like a God,” hopes to get back to the top next year. This is the plan according to Martin’s manager, Mike Boroa, who outlined these plans to RingTV.com.

Read moreCharles Martin: is there any way back for him, do fans really care? 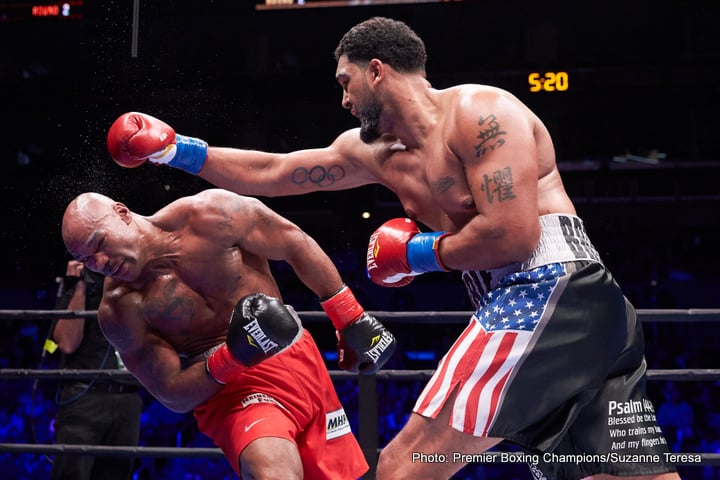 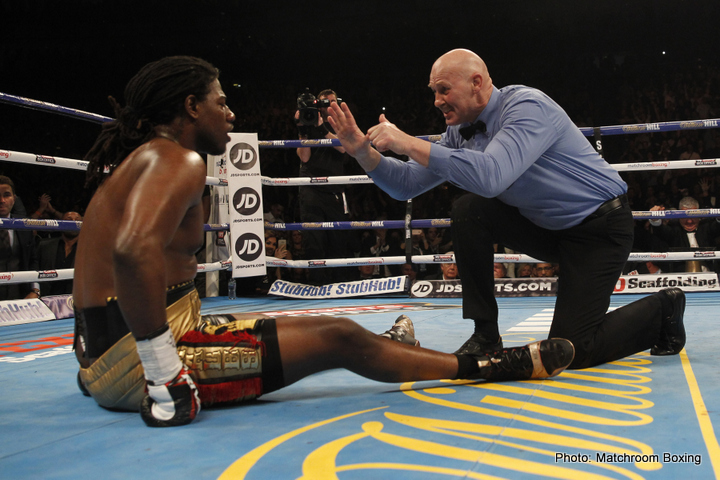 Perhaps it’s disrespectful to even attempt to compile such a list: the 10 worst heavyweight champions in boxing history. After all, all boxers, from amateur to pro level, be they club fighters or pound-for-pound stars, deserve the utmost respect for having the bravery and the courage to do what they do. But still, in light of how much hard-earned cash fight fans must part with to see the big names, the champions, in action, such a list must on occasion be compiled.

Read moreWho are the 10 worst heavyweight champs in boxing history? 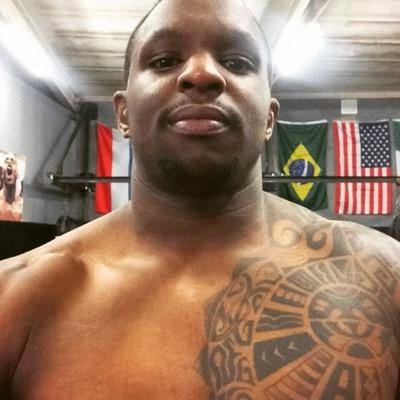 While new IBF heavyweight champion Anthony Joshua is still enjoying the plaudit’s his 2nd-round stoppage win over Charles Martin earned him on Saturday night, A.J’s critics remain. We’ve all read what heavyweight ruler Tyson Fury had to say about Joshua, both before and after his IBF title win; and former Joshua foe Dillian Whyte was also less than impressed by Joshua’s quick win.

Or, more accurately, Whyte was hugely unimpressed by the performance Martin gave inside a sold-out O2 Arena three days ago. Whyte, who craves a rematch with Joshua – having pushed the unbeaten star hard back in December – told Sky Sports he thought defending champion Martin was c**p and that he “sold his belt to Joshua.” 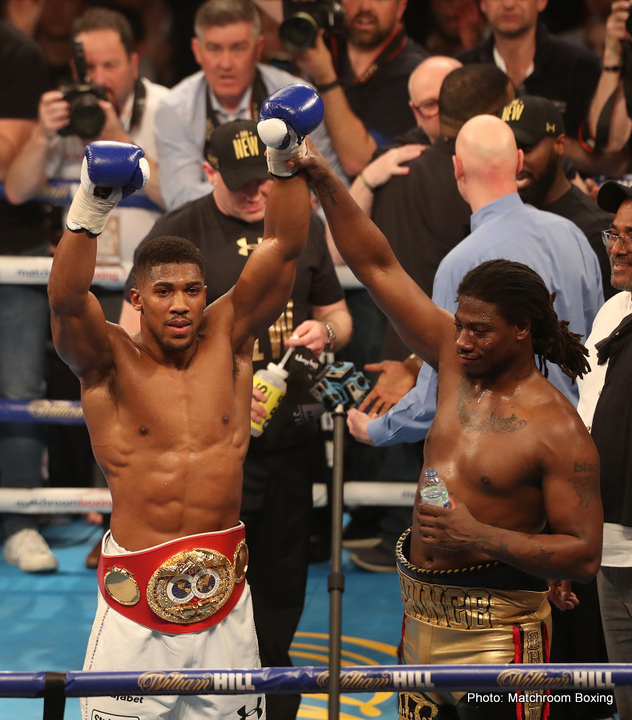 While newly crowned IBF champ Anthony Joshua says it’s “cool” to have won his first world title, the unbeaten heavyweight star – already a household name in the UK and closing in on international stardom – insists there is far, far more to come. In fact, the 26-year-old (young for a heavyweight, especially these days) says he wants to fight at the highest level for a further decade; until he turns 35.

Speaking with The Telegraph, A.J said he thinks he will be capable of unifying the heavyweight crown “by the end of 2017.”

Read moreAnthony Joshua: I want to maintain this for a decade 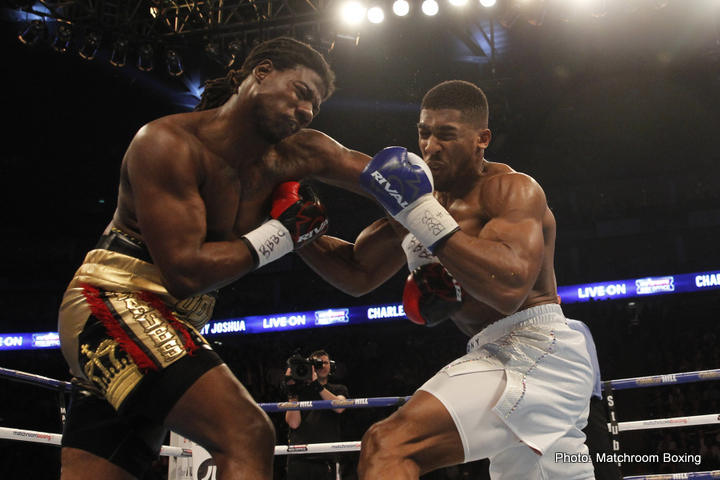 Read moreJoshua – Martin: Round by round and a half recap

Newly crowned IBF heavyweight champ Anthony Joshua insists he will not get carried away with winning his first world title and that bigger and better fights are very much still to come. Joshua crushed the big talking non-delivering “Prince” Charles Martin inside two stunningly easy rounds last night and in light of A.J’s easy win, the jury is still out on how good, or great, the 26-year-old can become.

Tonight in London, before a sold-out crowd at the O2 Arena, Anthony Joshua proved to be way too strong and powerful for defending IBF heavyweight champ Charles Martin. After a relatively cagey opener, Joshua opened up in the 2nd, twice dropping his southpaw opponent with right hands. The fight was all over after the second knockdown, as Martin was counted out in the act of rising. The official time was 1:52 of round-2. Joshua, the 2012 Olympic gold medallist, is now 16-0(16). Martin, who was very poor, loses for the first time as a pro and is now 23-1-1(21). 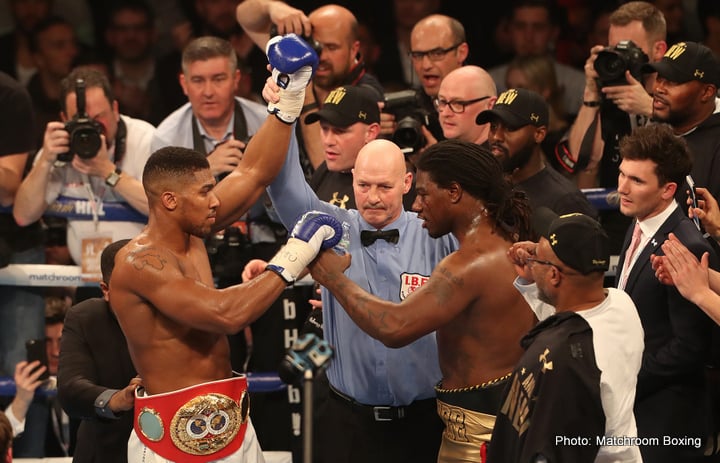 Anthony Joshua is the new IBF Heavyweight Champion of the World.

The undefeated knockout artist blasted defending champion Charles Martin in the second round to capture the IBF belt on Saturday in front of a rousing hometown crowd at The O2 in London on SHOWTIME BOXING INTERNATIONAL.