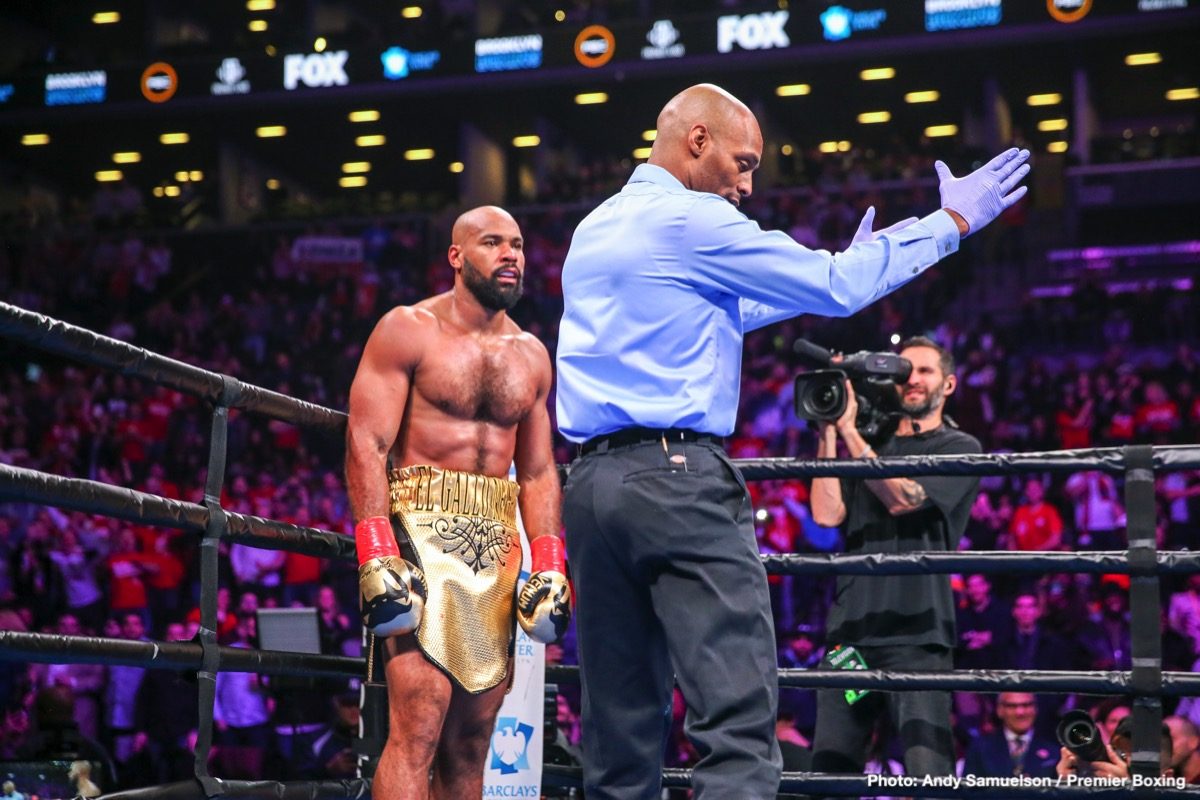 According to top boxing writer Mike Coppinger, via a tweet in which he refers to “sources,” former IBF heavyweight champ “Prince” Charles Martin will face contender Gerald Washington on the Tyson Fury-Deontay Wilder card in Las Vegas on February 22. An interesting match-up that could give us a decent fight, very possibly a “fun fight,” Martin Vs. Washington would likely get the crowd pumped up some before the big one.

Martin, 27-2-1(24) has fought five times since his flop of a KO loss to Anthiny Joshua, to whom he lost (critics would say gave up) his IBF strap back in April of 2016; winning all but one of them – the loss coming via decision to Adam Kownacki in an exciting battle that took place in September of 2018. Martin was last in action in July of last year, when he scored a TKO over Daniel Martz. Washington, 20-3-1(13) and four years the older man at age 37, is coming off a decent KO win over Robert Helenius (who will next go in with Kownacki, on March 7th).

Stopped by Deontay Wilder, by Jarrell Miller and by Kownacki in his biggest fights, Washington does not have the skills that southpaw Martin has. But Washington is a big guy (as is Martin, just an inch in height between the two), he has real determination and of course he can bang. Might Washington want this win more than Martin?

Martin is insistent he can and will rule as a heavyweight champion once again, that he has put all that crazy stuff he went through after his loss to A.J firmly behind him. A win over Washington would get Martin a big step closer to a fight to try and regain that IBF belt.

Martin, if he’s in top shape, is the pick to win here, but Washington can be expected to give it his all and go down swinging. Again, a potential fun fight between two big guys who can ill afford another loss.

Read: Dillian Whyte Says “Tall Heavyweights Change Their Style After Being KO’d” Says Joshua “Will Be The Same”
Read: Luke Keeler: Demetrius Andrade DELUDED in looking beyond me
Follow @boxingnews24