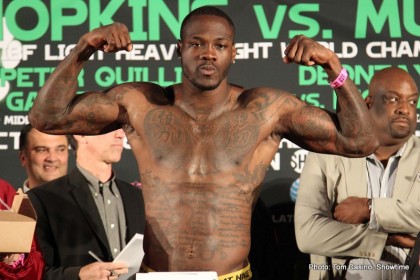 First of all, the question why Deontay wilder hasn’t gotten any fights against tough opposition may not be as black and white as people think. It seems as though major consensus is that his promoters simply don’t want him to fight anyone of skill, in fear that he will loose and no longer produce cash, but it is also entirely possible that fighters who are trying to work towards a title shot do not want to risk fighting him. Wladimir Klitschko (61-3, 51 KOs) has been widely criticized in these latter stages of his career for cherry picking his opponents. Going into his fight with Alexander Povetkin many people thought it would be a good match up, but as I feared, even though Povetkin was tougher than most, he completely failed to give Klitschko a good fight. A fighter’s challenge to a title is validated by who they have fought. This is what makes a man deserve a shot to take down Klitschko.

However, Alexander Povetkin didn’t fight a single top ten heavyweight leading up to his dull showdown with Wlad, Neither did Klitschko’s four previous opponents Francesco Pianeta, Marius Wach, Tony Thompson, and Jean Marc Mormeck. This is disgraceful and it’s no wonder that none of these men’s fights with Klitschko were even competitive. However, a fight with Kubrat Pulev could very well be the most competitive heavyweight championship fight we have seen for some time.