Skip to content
This coming Saturday at the O2 Arena, London, two top-level pugilists will be putting it all on the line in a clash that will define exactly who has the right to fight Evgeny Gradovich for his IBF World Featherweight Title.

The Australian, Joel Brunker, has fought twenty-seven men so far and he’s beaten every single one of them. Brunker’s last victory was in Atlantic City, USA, over the respected Mike Oliver whom Brunker beat comfortably, as indicated by the unanimous decision. In support of Brunker’s unblemished professional record is his supreme level of fitness and conditioning which is a result of his sheer hard work and dedication to being the best that he can possibly be. The IBF ranks Brunker at number 3 in the world. 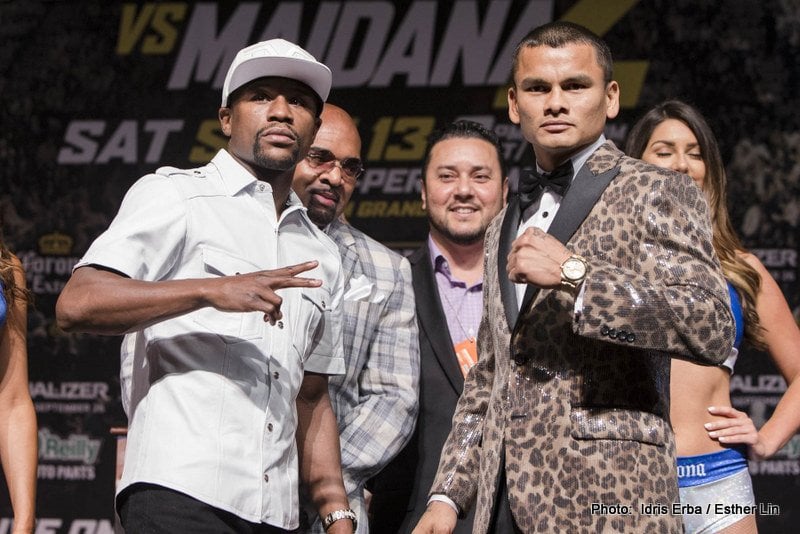 A seasoned 37-year-old champ, Floyd Mayweather Jr, will climb through the ropes at the MGM Grand Garden Arena in Las Vegas on Saturday night knowing that the last time his champ status was questioned to a point that warranted a rematch (Jose Luis Castillo), he provided clear answers and removed all doubt; that was in 2002. Since then Floyd’s put in some great performances over the years, perhaps not in the most exciting style but in his own, unique style which has kept him undefeated so far, despite not having stopped an opponent since 2011.

Marcos Maidana’s 31 years’ old and is a hungry, aggressive, and exciting fighter with a point to prove in the world of boxing. His style seems to be borne of the school of blood and guts with a ‘let’s fight’ approach. He’s picked up a couple of losses along the way which is no surprise given how he operates in the ring, but he’s also picked up knowledge and experience which is making him better and better at fighting, and he’s already stopped 31 of his opponents and has never been stopped himself.