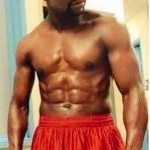 I spent this morning watching old boxing clips, compilations of great rounds, profiles of great fighters and the one thing that became obvious was that styles most certainly make fights. Ali was superbly sleek and ultimately elusive until he shared the ring with Frazier whose marauding style negated much of what Ali had to offer. Their trilogy rank amongst the all-time great bouts as styles forced those men into a war that defined an era of the sport. Kenny Norton, the forgotten man, had even more success against Ali and many felt that he actually won two of their three encounters…I happen to be one of those and I always felt a sense of sympathy for the truly brilliant but often overlooked Norton.

On a different level, Marco Antonio Barrera knew all about styles when he opted to face Junior Jones as a warm up for a major showdown with Erik Morales. Jones was no pushover but, on paper, he simply wasn’t in Barrera’s class. I remember watching the bout live and being truly amazed at how inept Barrera was in dealing with the movement of Jones. The rematch was designed to show how a more focused Marco Antonio could easily handle the limited Jones but that backfired also and Junior Jones has a 2-0 record against the legendary Mexican. That Morales later destroyed Jones and Barrera went on to beat Morales is a scenario that highlights the ‘styles make fights’ aspect of what happens in the ring when the talking and the training is done. 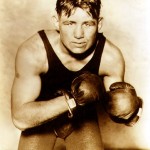 With less than a month to go to the biggest bout in boxing history, some pundits have taken to reflecting on the past when it comes to finding quality opposition for the men of May 2nd. Perhaps it’s just another symptom of a sport in decline, but the fantasy fight is in full swing and scribes have pitted the silky skills of Mayweather against those of the Sugar Ray’s, Sweet Pea Whitaker and the truly brilliant ‘Homicide Hank’ himself Henry Armstrong. Likewise, the question has been asked as to how Manny Pacquiao would have fared against Roberto Duran, Julio Cesar Chavez and the sadly late and flamboyantly great Hector Comacho Sr. I tend not to contemplate such match-ups. They’re called fantasy fights for a reason and the best we can do is to remember past fighters with the respect that they deserve. May 2nd will establish a champion on the night but boxing history is star studded with ring legends and we shouldn’t need a mega bout to recall their names. Even in the long list that spring to mind, there are those whose stories transcend the sport that made them and none…certainly none that I know of…capture the nobility of the fighting spirit more than the ‘The Saint Paul Thunderbolt’ Billy Miske. 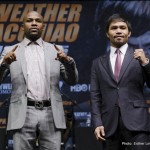 I had some computer problems recently. After weeks of stop-start connectivity, my laptop called it a day and I found myself staring at something called ‘a television’ with someone called ‘a wife’. It was terribly disorientating so I had to decide if it was time to visit the barman or the techie who lived down the lane and the latter would prove to be cheaper. A young guy with face fluff and mop-top set to work and, before I could say ten pints of Guinness my good man, new life was bestowed on my coffee stained computer and I was spared another trip to rehab. As I hadn’t accessed fight updates in nearly a week, I was eager to get all the news so you can understand my bitter disappointment when the first post I saw was Manny Pacquiao out cold following the JMM punch and an idiotic banner that read “What time is it? It’s Pacquiao O Clock”.