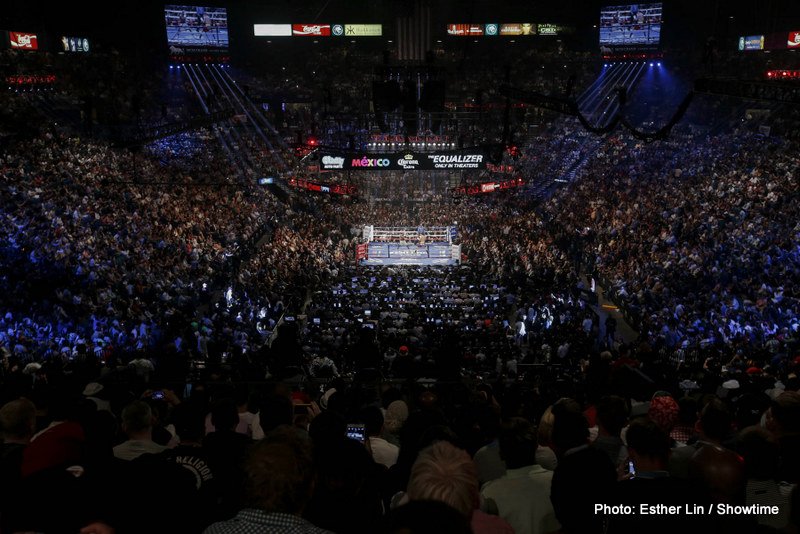 Floyd Mayweather claimed his 47th win against Marcos Maidana at the MGM Grand in Las Vegas on Saturday night.

“Mayhem” was a massive event just like all Floyd Mayweather’s fights have become. It’s not just a fight but an event, and a global event at that.

Stars from the world of sports, film, music and fashion fly into Las Vegas just to watch Floyd fight.

Fight week started with fighter arrivals on Tuesday, Floyd had his final press conference on Wednesday. Thursday was the undercard press conference, with fan workouts and autograph signing, and a screening at Bleacher’s madhouse for the fans in the evening. Friday was the weigh in, where Rick Ross took the stage to entertain the 10,000 strong crowd before Floyd and Marcos Maidana took centre stage. 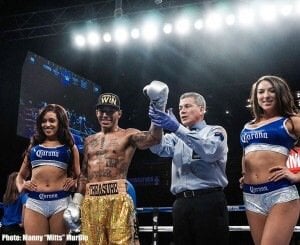 I turned professional back in the autumn of 2002, but I didn’t make my professional debut until the following summer of 2003. I had to wait 8 long months for the opportunity. The four big promoters in the UK at the time were not interested in taking a chance on me; Mick Hennessey, Frank Warren, Frank Maloney and Barry Hearn all passed on me.

Years later it would make me feel good when it was pointed out to me that I had surpassed all the British fighters in my weight category that they had signed.

Serendipity would strike again when they would all offer me a promotional deal after I had climbed the world ladder, getting ranked fourth in the world and becoming British champion. 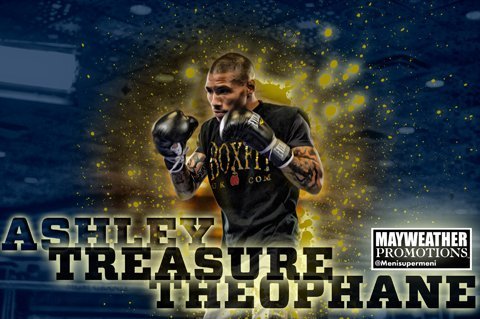 by Ashley Theophane – As I look forward to a fresh and positive new year, it has given me the chance to reflect back on 2013 from my perspective.

It has been an exceptional year that met the dreams I had as a five year old child. Many of the ‘experts’ have frequently said that it would not be possible for me to achieve hardly anything over my ten year career. This could have deflected anyone from their goals and dreams, but for me, it has only served to drive my determination to achieve even more.

I still have much more to achieve and have so many youngsters to continue the privilege of doing all I can to be a ‘role model’ for. My life is proof that if you believe and want to be something in life, you can achieve it. You just have to work really hard for it, without ever being put off by mishaps, lack of support or failure. by Ashley Theophane — The dust has started to settle after my appearance on the biggest boxing event the world has seen in a generation.

There was a record 22 million Mexicans tuned into ‘The One’ boxing event featuring Floyd Mayweather, Saul Alvarez, Danny Garcia, Lucas Matthysse, Ishe Smith, Carlos Molina, Pablo Cesar Cano and of course, yours truly. The American PPV audience was over 2 million viewers, and that’s not counting the people watching in movie theaters and on closed circuit in hotels across Las Vegas.

The significant worldwide audience in Europe, Africa, South America, Oceania and Asia is yet to be totaled. I’ve officially been a member of Mayweather Promotions for just over two weeks now – and it feels great!

My fight with Pablo Cesar Cano has been signed and sealed for September 14th at the MGM Grand in Las Vegas.

I’m the PPV opener for Floyd ‘Money’ Mayweather vs. Saul ‘Canelo’ Alvarez showdown. Which is a huge honour and a huge responsibility, handed to me by Leonard Ellerbe and Floyd himself.

My fight will be followed by my team mate, and world champion, Ishe Smith, as he defends his world title against Carlos Molina. My former opponent, who is currently world champion, Danny Garcia will face the dangerous Lucas Matthysse in the co-main event.