‘Call Em Out Fridays’: Cheating in sports – Pressure to perform or just pathetic? 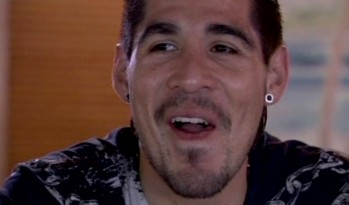 By Vivek Wallace: This weeks ‘Call Em Out Fridays’ segment shines light on a subject that has already seen more ‘spins’ than a 4th quarter game-on-the-line spiral released from the palm of Dan Marino. In what has been a tumultuous week for the world of sports – starting with the news of A-Rod’s failed drug test, the boxing circuit also managed to find a way to make the news, stemming from an illegal handwrapping incident by Mexican Antonio Margarito.

Whether it’s the use of banned substances or the actions of a cowardly competitor, cheating in boxing (or any other sport) has no place and today, we take a look at a few elements surrounding this topic in general. The what’s, why’s, and how’s to be exact..

WHAT’S HAPPENING?: Seems that literally every mainstream sport in the American culture has been rocked by some type of major controversial issue lately. The N.F.L. has probably done a slightly better job keeping certain issues contained, but literally every other mainstream sport in the country has watched as a perennial figure laid a huge dose of shame in what some already view to be interest waning sports. In Basketball, there was the highly publicized story of former official Tim Donaghy, who was found guilty of serving time for betting on games officiated while part of the sport, potentially changing the outcome of many of those games. In the world of baseball, there are the allegations of the use of banned substances by practically every iconic figure to grace the sport over the last decade, and in the world of boxing, there’s been everything from allegations of banned substances, to the use of illegal padding by a fighter once viewed as the top-dawg in arguably the sports deepest division.

WHY’S THIS HAPPENING? When you examine each of these incidents independently, it’s a bit difficult to understand why this widespread tendency has continued to evolve? In the case of the NBA’s Tim Donaghy, it’s a bit tougher to explain, but relative to the individuals in baseball and boxing who attempted to gain an edge of sorts, it’s somewhat logical to conclude that the pressure to perform is far greater than many fans know. Prior to now, the lights and the camera’s caught everything but the ‘action’ behind the scenes where most of these acts were taking place. In the case of Antonio Margarito, it remains unknown how long the act of suspicious glove padding took place. A young man who grew up on the poverty stricken streets of Tijuana, Mexico would probably get more sympathy than the average, but when you’re in the midst of a slew of other contenders who have stories of misfortune that parallel your own, excuses quickly become baseless and simply more reason for a stiffer punishment. The case of Shane Mosley is another one. With many facets of the investigation still ongoing, the more details to leak out, the more you really have to wonder what could possibly make a fighter with such God-given talent try to step out of the box and do more. To his defense, that was the same question that he tried to raise when asked about the matter back days before his showdown with Miguel Cotto in November of 2007, but it doesn’t change the fact that he took a substance with some type of benefit in mind – whether he knew the ills of it or not. In the case of each of these men, (and perhaps Alex Rodriguez as well), there appears to be a major disconnect somewhere between the point of competing to win, and the point of staying within ethical bounds to actually do that. Whether it be the undefeated Joe Calzaghe or the twelve loss having Glen Johnson, the quest for success is only as distant as the effort one puts in getting there. Oddly enough, despite the opposite paths, both men have found a great deal of that same success, and neither was ‘pressured’ enough to do it illegally.

HOW’S THIS HAPPENING? When you consider all the governing bodies within the sport of boxing, and all of the brass located in the other sports, it remains a huge question, relative to how these type of things continue to happen? Many dislike the governments role in such affairs, but we’ve all learned at some point in life that when the men employed to carry out the job don’t ‘carry out’ the job, all it does is leave more on the table for the big boys to chew on when they decide to ‘dine in’. In a perfect world, it would be as simple as making sure that athletes don’t utilize anything found on a select list of banned substances, but so much for that theory, as despite it being tried in the past, obviously those efforts came with no avail. There could be no better plan to implement, and considering that the steroid problem is still so widespread, God only knows what system may be introduced next.

WHEN WILL IT STOP?: At the end of the day, there are only so many things that any of the organizations can do to stop the flow of what should easily be noted as criminal acts in the sport. When it all boils down, it all comes down to the athletes themselves and not only their love for the sports that helped them overcome those tribulative youthful times, but also their families that greatly benefit from them. Where does this all end? Some find that to be a question that no one can answer, yet I find THAT answer to be one that we all should question! The Lyle Alzado’s, and Ken Caminiti’s of the world gave us all more than enough proof that the effects of such an ‘edge’ fall considerably short when measured against the stick of life itself. Whether it be taking illegal substances or padding gloves, the spirit of competition dies more every time a victory is met on a faulty premise; For no matter how many times a cheater wins, the moment of reckoning and the loss it brings will definitely linger much longer. If there’s one silver-lining in this whole matter, it’s the fact that todays examples only plant a seed for tomorrow’s success, as it relates to this issue. If nothing else, this whole topic brings to life a good look at a fundamental flaw in athletics. That flaw is the fact that many try to strengthen the body, when a stronger mind will take them much further. A famous boxer once stated that “as a small heavyweight, [he] never beat those big guys with his muscle, he beat them with his mind”. Hopefully other athletes in general will soon realize that their pressure to perform won’t be met by doing illegal things that make them appear ‘stronger’ than they really are either. (ie…steroids, padding gloves, or whatever else exist in the world of sports).

(Got questions or feedback? Contact ESB’s Vivek Wallace at 954-292-7346 or vivexemail@yahoo.com, follow more of his work at The Examiner or 8CountNews, or show him some love at Myspace).

Previous post: Muriqi To Woods: Be Ready For A War!