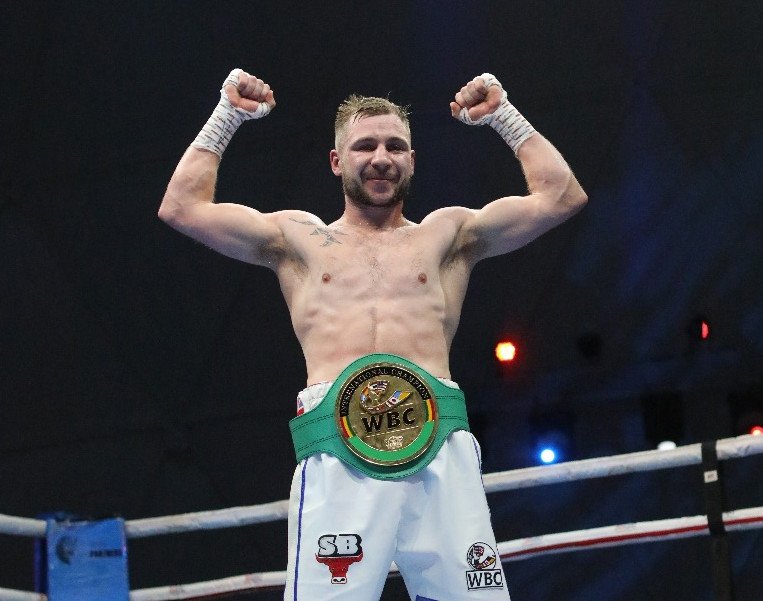 The action-packed D4G Promotions card in association with Round 10 Boxing and MTK Global came from the Rotunda at Caesars Bluewaters Dubai, and featured a number of action-packed match-ups.

Along with the fantastic win for Hughes, there was a sensational debut victory for Hovhannes Bachkov, while Faizan Anwar and Mohamad Salah Abdelghany also picked up wins. Here’s everything you need to know from a dramatic evening:

Maxi Hughes continued the incredible whirlwind he has been on over the last few months as he defeated Viktor Kotochigov to become the new WBC International lightweight champion.

Hughes (22-5-2) was back following his superb win over Jono Carroll in August, and he kept up his fine form by beating previously undefeated Kotochigov (12-1, 5 KOs).

It was a brilliant performance from Hughes, with the highlight coming in round three, where he dropped Kotochigov with a huge uppercut. The Kazakh was able to recover and make it competitive during the closing stages, but in the end it was Hughes who was awarded the deserved win.

Armenian superstar Hovhannes Bachkov made a sensational start to life in the paid ranks as he won his professional debut against dangerous opponent Samuel Gonzalez.

Bachkov (1-0) had an illustrious amateur career, winning numerous accolades, and he carried his elite skills into the professional game by dictating proceedings against Gonzalez (22-7, 13 KOs) throughout all eight rounds.

The judges handed Bachkov every single round, giving him an extremely impressive victory on his professional debut, with a very bright future expected.

Indian sensation Faizan Anwar continued the perfect start to his professional career, with a dominant points victory over the experienced JR Mendoza.

Anwar (5-0, 4 KOs) has been known for his huge knockout power in his career so far, but on this occasion it was a cool, calm and collected performance, as he used his elite boxing skills to get the better of Mendoza (11-20, 5 KOs).

The constant fouling from Mendoza saw him get a point deducted during the closing stages, with Anwar taking the win by unanimous decision after a one-sided display.

There was a shock in the opening fight of the night, as Mohamad Salah Abdelghany (4-2) defeated Blane Hyland (3-1) to hand the Liverpool fighter the first defeat of his professional career.

It was an action-packed fight, with serious leather being thrown throughout the six rounds, but Abdelghany was able to get the better of the exchanges.

The fight went all six rounds, but in the end it was Abdelghany who got the win, with the three judges handing it to him by unanimous decision. Hyland will have learned a lot from the contest, and will be back in the future.