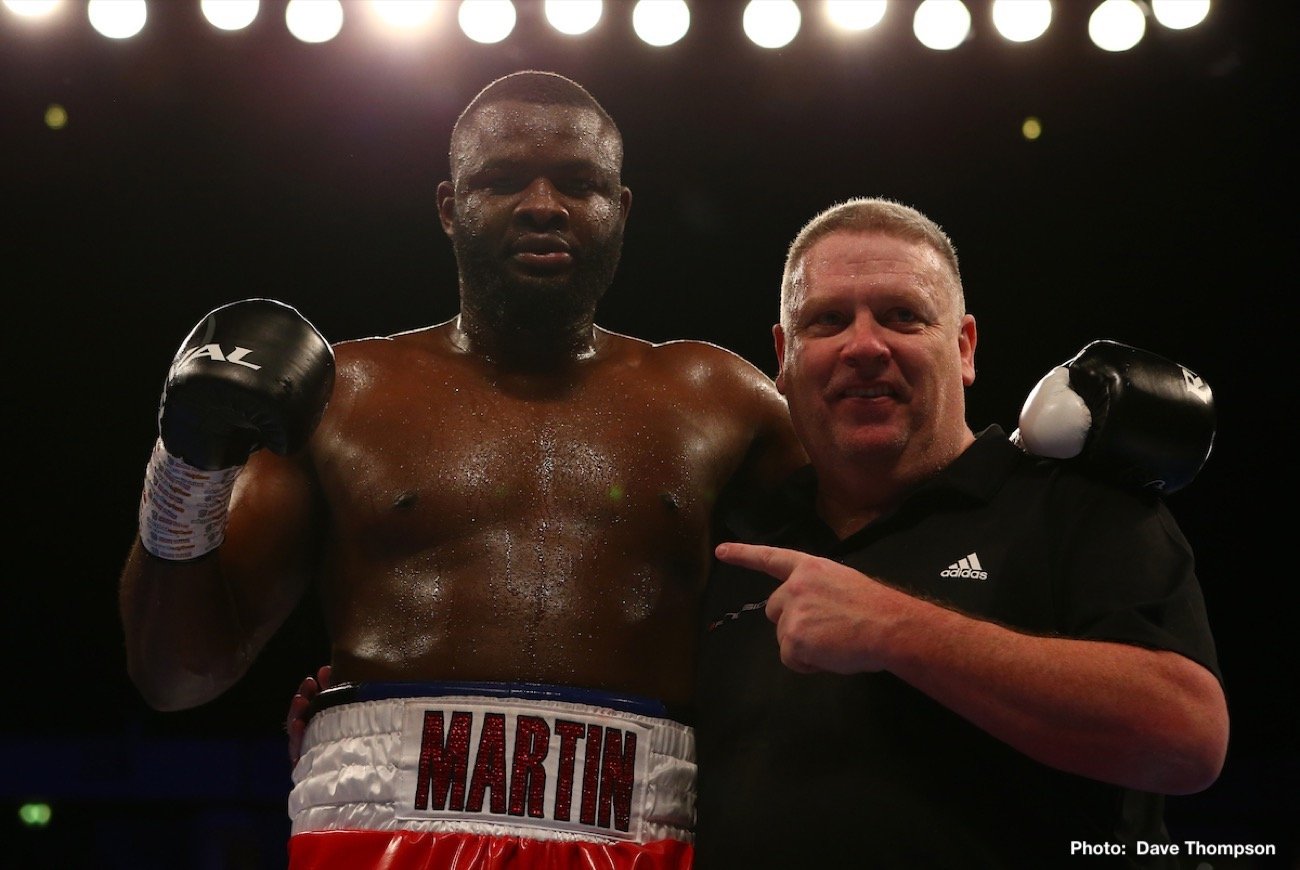 Bakole took the heat right to his 41-year-old foe, and he soon landed his power shots, dropping Osumanu just a few seconds before the end of the opening round to get the stoppage win. 28-year-old Bakole is now 17-1 with 12 KO’s. Osumanu, who it’s fair to say most fight fans will not have heard of, falls to 11-3 with 7 KO’s. Today’s fight was easily the biggest fight of Osumanu’s career, and the man from Accra, Ghana, has now been stopped three fights in a row.

This was very much a stay-busy, tune-up-type fight for Bakole. The contender who was born in the Democratic Republic of The Congo has now won six on the spin since suffering his sole pro defeat, this at the hands of Michael Hunter, who stopped him back in October of 2018. Bakole, a good, strong heavyweight who has power, was apparently close to agreeing to face Filip Hrgovic in an IBF final eliminator. Still, Bakole is said to have asked for more time to get ready, and the fight, unfortunately, fell apart.

Where Bakole goes next will prove interesting. With good wins over Mariusz Wach, Kevin Johnson (Bakole being one of the very few fighters to have ever stopped Johnson), and Sergey Kuzmin to his name, Bakole is a fighter fans want to see more of. Bakole certainly needs bigger, stiffer tests than the one he was given (or was not given) today. Of course, like every heavyweight out there today, Bakole wants a shot at Anthony Joshua.

Bakole needs to earn himself a shot first. Maybe that fight with the avoided Hrgovic can be rearranged?