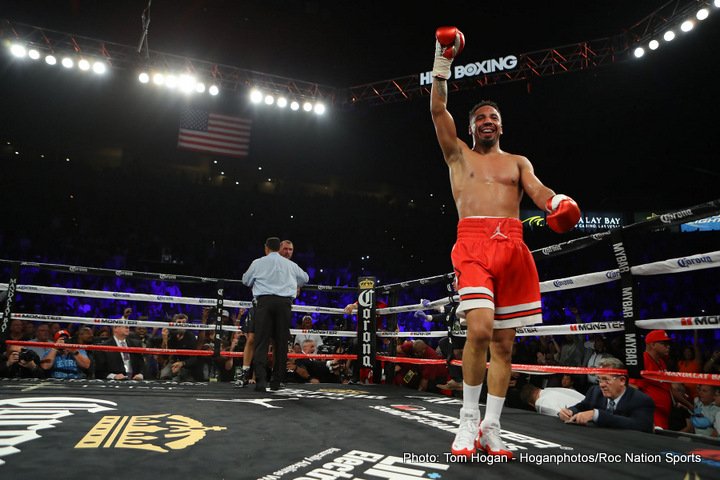 Or maybe the better question is who is next for Andre Ward? Andre “S.O.G.” is in a very rare position where he is considered the “man” at his weight class. While not the biggest draw at 175 Ward is definitely considered the best fighter. With his two disputed yet valid victories over Sergey Kovalev many have wondered what is next for Ward. Many of the the top light heavyweights are ready matches up. Kovalev will be back in the ring in November. While Adonis Stevenson and Eleider Alvarez are in talks to fight one another at the end of the year. However there are some options out there to be explored.

1. Fight with Badou Jack. Badou Jack recently made his successful venture into the 175 lb division. The Ripper broke down and knocked out Nathan Cleverly in the fifth round to win a share of the WBA title. Badou Jack looked very impressive and has the makings of the future player at 175. A fight between Jack and Ward would be very interesting and could go either way.

2. Fight with Artur Beterbiev. Beterbiev is very young into his pro career. Only 11 fights. However 11 fights were victories by knockout. Artur was a decorated amateur winning the 2007 European Championships. He was also a two-time Olympian. He has notable victories over Sergey Kovalev and Michael Hunter. Beterbiev is cold, fearless and strong. He is a scary puncher with real k.o. power. He would present a very real test for Ward. Given his age(32) Beterbiev should push for this fight sooner rather than later.

3. Retire. While Ward is still very young. He is only 33 years old. He has mentioned retirement before. While his fans might not like it. This could be a huge business opportunity for him. Ward is very intelligent, articulate and outspoken. He is an excellent analyst of the sport. I could also see him as a trainer. Ward is at the point where he does not need to box anymore.

4. Wait. The last thing Ward could do is wait for some of these other dominoes to fall. Maybe a unification fight with the winner of Stevenson-Alvarez. A third fight with Kovalev. A potential super fight with someone like Canelo Alvarez or Tony Bellew. Ward has shown patience in his career before. Sitting out an entire year amongst promotional disputes. Ward can afford to wait for the right deal to materialize.

Overall Ward is in control. Given his intelligence I believe he will make the best decision for his career. Whatever that will be.