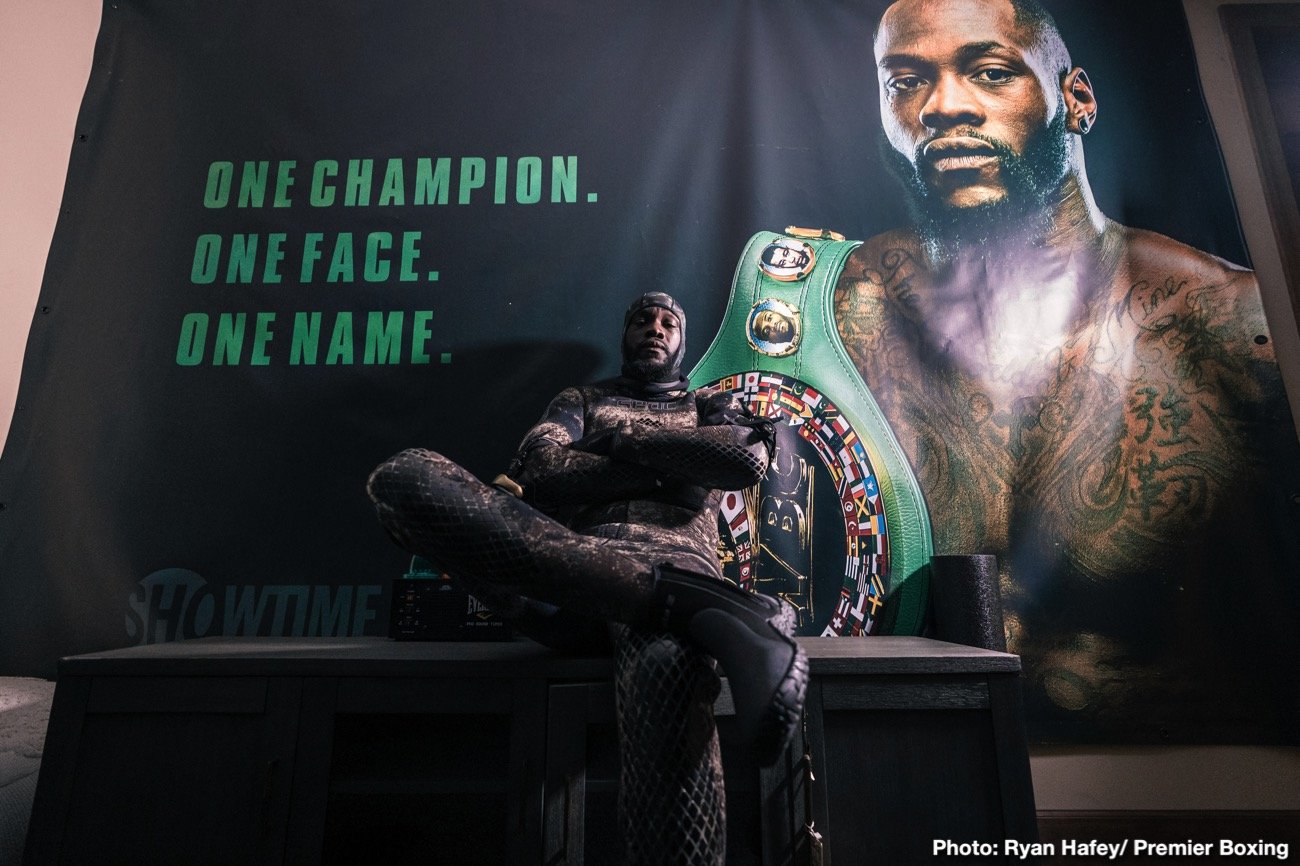 Would it be as big a shock, stunner, jaw-dropper as the June 1 Andy Ruiz KO upset win over Anthony Joshua if Luis Ortiz managed to take away Deontay Wilder’s WBC crown along with his unbeaten record next Saturday (Nov. 23)? Maybe, maybe not. We know, we SAW, how dangerous Ortiz’ style can be for Wilder and we got that in their first fight, the March 2018 rumble that saw Wilder have to come through the roughest patch of his pro career.

Wilder is a big favourite to get rid of the ageing Cuban lefty (is Ortiz 40, 42, 45 – 49??), but this is heavyweight boxing and anything can happen – as we all saw in New York in June. And between them Wilder and Ortiz have a combined 66 KO’s! But supposing Wilder, who, lets face it, gives his opponent chances due to his openly aggressive style and some say dodgy chin, does lose next weekend; what then?

Wilder himself adressed this question when asked by a fan via a FightHype Q and A. Wilder said that if it happened, he would have a, ‘let’s move on attitude,’ that a loss does not mean the end, or at least it shouldn’t mean the end, for any fighter. Wilder would no doubt call for the third fight with “King Kong” and the fans would echo his call.

Tyson Fury, who insists he is ready to rock and roll with Wilder in their February return fight as agreed (and contracted), also spoke about what it would mean if Wilder were to get spooked and beaten by “Boogeyman” Ortiz. Talking with Talk Sport, the proud claimant of the lineal heavyweight crown said he has a plan-B for such an event:

“When one door closes another one opens,” Fury said. “So if he loses, he loses. He’ll have a rematch with Ortiz no doubt. And I’ll look for the winner of Andy Ruiz versus Anthony Joshua on the same date.”

If this did happen, if Wilder lost to Ortiz, so Fury calls for and actually gets the Ruiz-Joshua II winner. Hey, worse things could happen. We fans would likely get to see Ortiz-Wilder III, and also Fury Vs. either Ruiz or Joshua. It would be win win for we fans.

Sometimes a big upset can be the best thing to happen, for many reasons. If Wilder were to lose to Ortiz next Saturday night in Las Vegas, we would then see a trilogy; and if the action in fights two and three matched or even topped what we saw in fight-one between these two, again, happy days for we fans.

Whoever wins next Saturday, though, he will do so by KO. It has to be Wilder who lands the final blow, right? We’ll soon see. And all the big players in the division will be tuning in as we do to see who exits the ring with the prize.