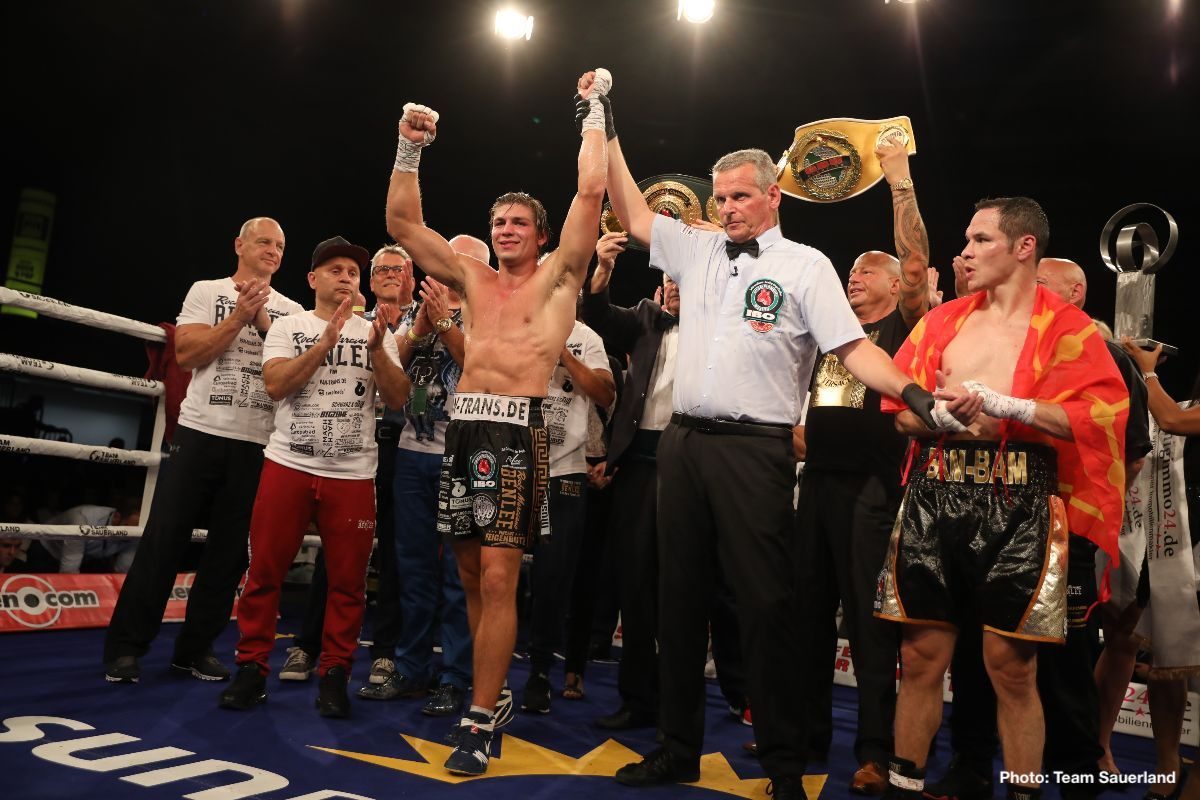 Vincent Feigenbutz (31-2, 28 KOs) claimed the IBO International Super Middleweight title with an emphatic eight round TKO victory over the brave Cesar Nunez (16-1-1, 8 KOs) at the Friedrich-Ebert-Halle in Ludwigshafen, Germany.

The previously unbeaten Cesar Nunez climbed off the canvas twice in the eighth round before the referee waved off proceedings following yet another onslaught from Vincent Feigenbutz. Having captured the IBO International belt, Feigenbutz moves closer towards a world title shot against Eubank Jr.

“I implemented my tactics well, kept him at distance, varied my punches and found space,” said Feigenbutz. “I want to go to the top and take anyone who comes in my way. I’m not backing down from anyone.”

Vincent’s desire for a world title shot was echoed by his promoter Nisse Sauerland. “Vincent boxed really well, it was another entertaining and exciting performance. He took care of his job and he’s ready for big, big fights.”

Vincent Feigenbutz (30-2, 27 KOs) and Cesar Nunez (16-0-1, 8 KOs) both made weight today ahead of Saturday’s IBO International Super Middleweight title fight at the Friedrich-Ebert-Halle in Ludwigshafen, Germany.

Feigenbutz became Germany’s youngest ever World Champion when he claimed the WBA Super Middleweight title in 2015 and is hoping that victory over Cesar Nunez will propel him back into contention for world honours.

The ‘KO King’ Feigenbutz has promised to deliver a knockout performance whereas his opponent ‘Bam Bam’ Nunez is confident he can rise to the occasion and upset the odds in the biggest challenge of his career. 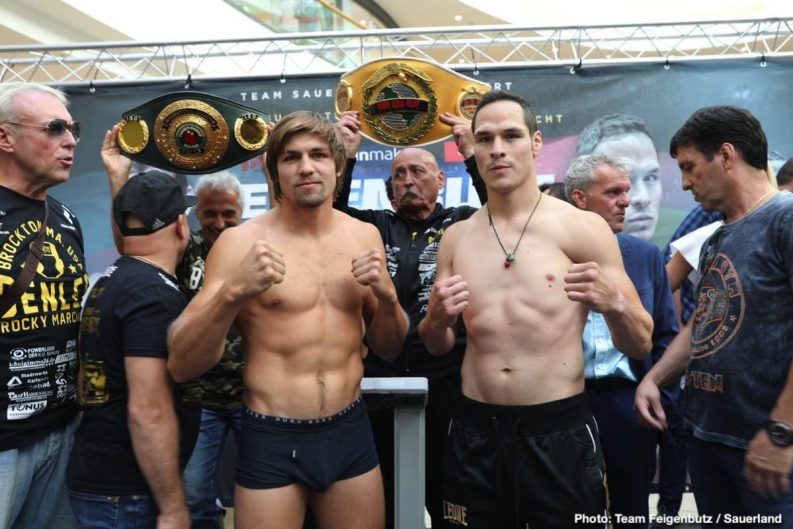 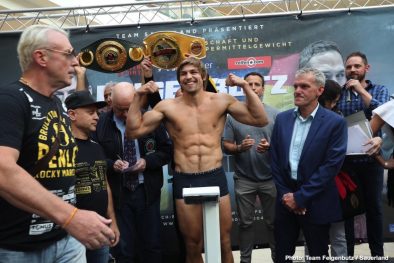 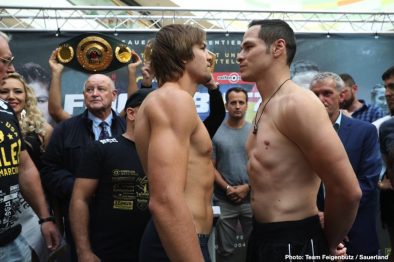 Vincent Feigenbutz (30-2, 27 KOs) came face-to-face with his opponent Cesar Nunez (16-0-1, 8 KOs) for the first time today at the official press conference ahead of their IBO International title fight on Saturday 17 August in Ludwigshafen, Germany.

Feigenbutz, known as ‘The KO King’ due to his 84% knockout rate, won the WBA Super Middleweight World title in 2015 and is hoping that winning the IBO International title will help him force a fight with Chris Eubank Jr.

Both fighters were in high spirits at the Best Western Leoso Hotel as they met in front of the assembled media ahead of Saturday’s match up.

“Preparing for the fight in my home country and boxing close to my hometown is great,” said Karlsruhe native Feigenbutz. “I can’t wait to experience the atmosphere in the arena and I will do everything I can to get the knockout.”

The unbeaten Spaniard Cesar Nunez was equally confident ahead of his first international fight “This is the biggest fight of my career. I have a plan for each round and I will do everything I can to beat Vincent!”

Inigo Herbosa, manager of Cesar Nunez, echoed his fighter’s confidence informing the media “Cesar is perfectly prepared and will take his chance. It’s his most difficult fight so far as Vincent is clearly one of the best in the world.”

“Cesar is at a point in his career where he wants to box the best and prove himself abroad. The risk is great, but the reward is greater.”

“Vincent’s time is now, he’s ready to take the next step on his ‘Road to the Top’ and very soon he will be a World Champion once again,” said Feigenbutz’s promoter Nisse Sauerland.”

“We also have two of our newest signings from Norway in Katharina Thanderz (11-0, 2 KOs) and Hadi Srour (3-0, 2 KOs) making their Team Sauerland debuts and they are both always in exciting fights.”

All the action from the Friedrich-Ebert-Halle is available to watch live on Sport1 in Germany and Viasport+ and Viaplay in Norway. Tickets are available online via www.eventim.de or by calling +49 01806-570440.