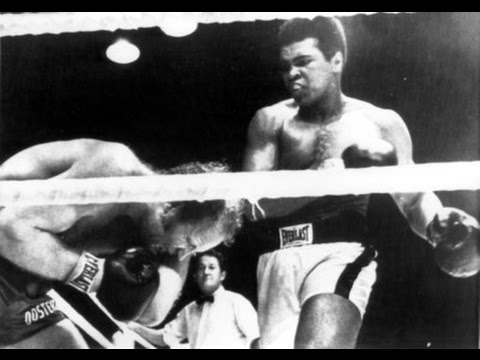 Older boxing fans will remember the name Rudi Lubbers. The Dutch heavyweight fought some big names during the 1970s including, in 1973, in a non-title fight, Muhammad Ali. Lubbers, who also faced names such as Joe Bugner (losing a decision in a fight that contested the European heavyweight title) and Alfredo Evangelista (a stoppage loss) went all 12-rounds with The Greatest, in a fight that went down in Jakarta. Retiring in 1981 with a decent 28-8(13) record, Lubbers, though well known and admired in his homeland, became a veritable footnote in heavyweight history.

Over the weekend, a troubling story surfaced telling of how Rudi, now aged 73, has been found to be living in a small caravan in Bulgaria. Without electricity or running water, the unrecognisable ex-fighter needs help and he needs it now. According to a news story via novinite.com, Lubbers, bald-headed and bearded, is caring for his wife, who is “severely ill.” A charity campaign is currently being organised in the Netherlands to help Lubbers, so reports the Bulgarian news site.

Lubbers, who was imprisoned in Portugal back in the 1980s for drug trafficking, became a nomad upon his release, apparently fearful people in his homeland would hold his crimes against him in a major way or worse, think he was still trafficking drugs, and he wound up in Bulgaria in his current situation as a result.

“I would be happy to stay in Bulgaria, but the help I will hopefully receive in the Netherlands would be much better and I hope they will help me,” Lubbers said. “They stole my credit card, passport and the last money I had. All I have is a driver’s license.”

Hopefully, Lubbers can get himself sorted out and hopefully his wife recovers also. A good, brave fighter in his day, Lubbers remains proud of his ring exploits – that 1973 fight with Ali in particular.

“I’m the only white boxer who boxed him and he didn’t knock out, I lost on points,” Lubbers says of his fight with Ali (incorrectly, George Chuvalo also took Ali the distance, twice). “We stayed friends for 25 years. In the ring in the Netherlands, no-one ever defeated me.”

One of the slowly but surely dwindling number of surviving former Ali foes, Lubbers does not in any way deserve to be in the grim position he is in right now. Again, hopefully the former two-time European title challenger, who also boxed at both the 1964 and 1968 Olympics, can get his life back on track.