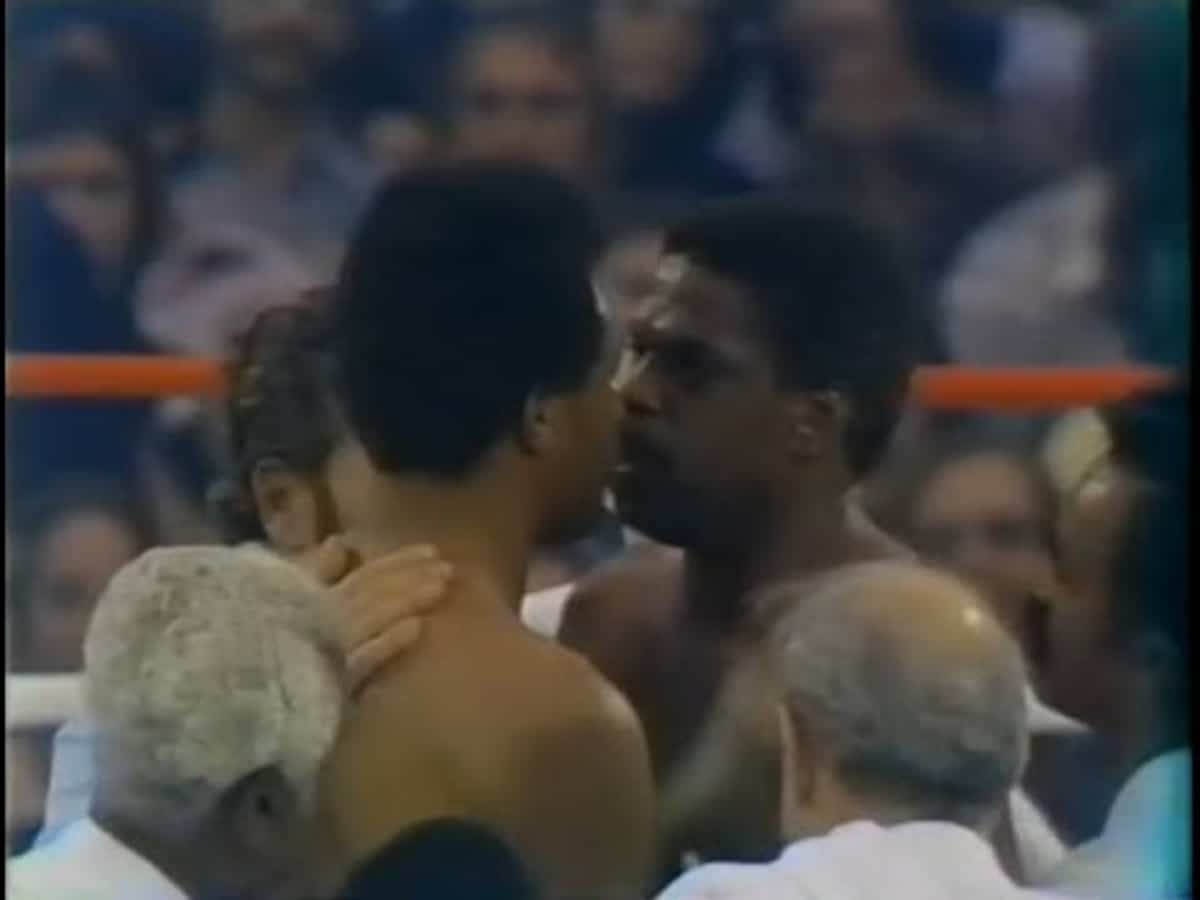 Though he is best remembered for his truly incredible slugfest to end all heavyweight slugfests with George Foreman, Ron Lyle treated fans to another, almost as special punch-a-thon; this one with the recently departed Earnie Shavers. And Lyle won that one.

Lyle, who passed away back in 2011, had an amazing, up-and-down ring career.

Another example of how a man in prison can turn his life around and make it in the toughest sport on the planet, former heavyweight contender/world title challenger Ron Lyle fought during the golden era of heavyweight boxing that was the 1970s. And Lyle, a big, athletic, hardworking ring warrior who had raw power and an abundance of guts and courage, sure made his mark. Fans today still marvel over Lyle’s epic slugfests with Foreman (KO by 5) and Shavers (TKO 6). And with good reason.

Lyle, who was sent to prison at the age of 19 for his part in the murder of a rival gang member (Lyle having ran with a gang on the streets of Denver, Colorado), was himself almost killed when he was stabbed in jail. Only 36 blood transfusions and the grace of God kept Lyle alive. Deciding, when in ‘the hole’ to turn himself around, Lyle did “nothing but push-ups, sit-ups and squats.” Lyle emerged in terrific shape, ready to be somebody. 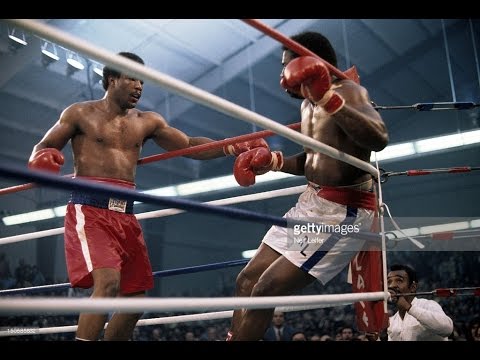 Football came first before Lyle took up boxing in 1964, by now aged 23. A good amateur career followed, with Lyle winning 25 of 29 bouts (with as many as 25 prior amateur bouts fought whilst still in jail), and then Lyle went pro. The pro debut came in April of 1971, by which time this 6’4”, physically imposing fighter was almost 30. Lyle made fast progress, winning 19 in a row – including wins over Buster Mathis and Vicente Rondon – before Jerry Quarry knew too much for him, defeating Lyle over 12 rounds in February of 1973.

Lyle bounced back well from his first loss, winning 11 and drawing one (to the tricky Gregorio Peralta, who Lyle also managed a points win over), with wins over Oscar Bonavena and Jimmy Ellis making Lyle a serious contender. A points loss to the slick Jimmy Young halted Lyle’s winning streak, this coming in February of 1975. By now, Lyle, who had been a pro for less than four years, was 30-2-1 (this was an entire ring career by today’s standards).

The big fights awaited him.

In his very next fight, after falling to Young’s bag of tricks, Lyle challenged the one and only Muhammad Ali. A big underdog in the fight, Lyle shocked the aging Ali by piling up points and dominating the action over long periods. Ali, who found out Lyle was no sucker for his rope-a-dope tactics (Lyle actually beckoning Ali to come off the ropes and fight), did almost nothing over the lion’s share of ten rounds. But Ali suddenly exploded into life in the 11th, stopping a dazed but still very much upright Lyle with a volley of shots.

Lyle walked to the referee and asked him why he had stopped the fight. It was back to the drawing board. And a fight with Earnie Shavers. The slugfest Lyle and Shavers put on in September of 1975 were extraordinary and it would, if not for the even more extraordinary war that followed it, be far more celebrated today. Lyle battled through Shavers’ bombs to win via sixth round stoppage.

Then came one of the most famous heavyweight fights of all time. Together, Lyle and George Foreman swapped knockdowns, they traded with utter abandon, and neither guy seemed to have a care in the world for either blocking or slipping a punch. This fight, as all those fans who have seen it know, really is like no other. But Lyle lost again, and his chances of becoming world champion were now slim.

Lyle fought on, dropping a second decision to Young, beating Joe Bugner, and then, in 1980, being blasted out in a round by new sensation Gerry Cooney. By this stage of his career, Lyle was almost 40 years old, and he was sporting a 39-6-1 record. Lyle retired after having been knocked through the ropes by Cooney – only to launch a bizarre comeback in 1995 when aged 54. Inspired by Foreman’s odds-defying ring return, Lyle campaigned for a return go at “Big George.” It never happened, and Lyle called it quits after four low-key wins over so-so opposition.

Lyle’s final record reads 43-7-1(31). He had just one crack at the world title. Lyle never ducked or dodged anyone and he earned big wins over Shavers, Bonavena, Ellis, and Mathis, along with wins over Boone Kirkman and Bugner. So, how great was Lyle? He was very, very good, no doubt about it. Indeed, if Lyle was around today, there is a good chance he would be world champion.