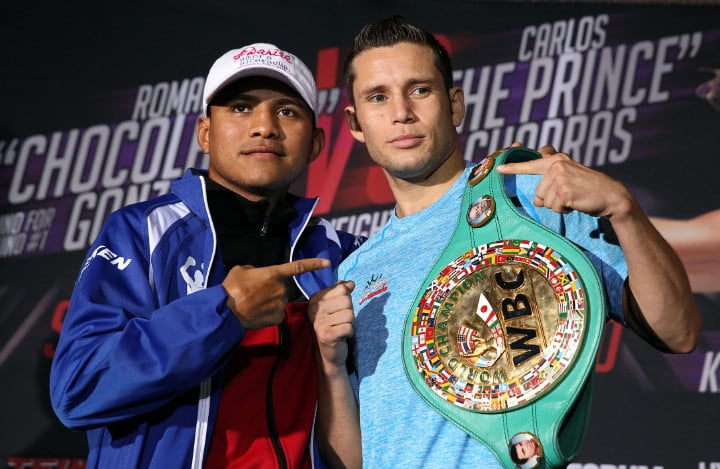 Also in attendance at the press conference were co-featured HBO World Championship Boxing fighters, Yoshihiro Kamegai, (26-3-2, 23KO’s) and Jesus “Renuente” Soto Karass, (28-10-4, 18 KO’s) who will compete in a 10-round junior middleweight rematch of their epic 2016 “Fight of the Year” candidate clash which took place on April 15 in Downtown Los Angeles.

This coming Saturday is a very hard, very difficult fight. I know God is watching over me and will give me the strength to come out victorious.”

“I want to thank everyone who made this possible, K2 Promotions, Teiken Promotions and HBO.”

“I want to thank everyone who helped get me ready for this fight. Everyone has done their job and now it’s time to do mine.”

“I’m in great shape as you can see, you don’t get this way by playing marbles, you get this way by getting ready for a fight. I’m taking the belt home again on Saturday night. “

‘First of all I’d like to thank K2 Promotions, Teiken Promotions and the broadcaster of this event, HBO.”

“I’m very happy that I’m able to have a rematch with such a great fighter, Jesus Soto Karass and to fight in this great arena and I would like to leave here on Saturday with a memorable, exciting fight.”

“For me, two of my friends Roman and Carlos are fighting each other and it’s very difficult to watch this fight.”

Jesus Soto Karass
“Thanks to Golden Boy and to you all for being here.”

“I’d like to thank The Fabulous Forum for having me.”

“We’re going to heat up the ring for the main event between Cuadras and ‘Chocolatito.’”

Carlos Blandon, Manager of “Chocolatito”
“Thanks to God for having us here, it’s a great honor to be here at the Forum. Thanks very much to K2 Promotions, our family at Teiken Promotions, Golden Boy Promotions and HBO for making this possible.”

“Roman is looking to avenge what 34 years ago Alexis Arguello was unable to complete which was bringing a fourth world title to Nicaragua.”

“Roman told me coming into this fight ‘I’m not a champion, I’m a challenger and that’s my mentality.”’

Rudy Hernandez, Trainer of Cuadras
“We have a very hard fight coming on September 10 and we’ve trained hard.”

“Thanks to everyone who participated at Maywood Boxing Gym who assisted us in getting Carlos ready for this fight. “

“Now it’s our time to step up and make history.”

“We’re ready for this fight, there’s no excuses and the better man will win on Saturday night.”

Erica St. Phillip, Vice President of Operations/K2 Promotions
“Our split site HBO telecast doubleheader starts from The O2 in London this Saturday, the World Middleweight Championship between Boxing Superstar and Undefeated, Unified Middleweight Champion Gennady “GGG” Golovkin and Undefeated Welterweight World Champion, “The Special One” Kell Brook, with the live HBO World Championship Boxing telecast beginning at 2:30 p.m. PT locally and will be shown at a viewing party on the Terrace of The Fabulous Forum for early arriving fans attending Saturday. Parking lots will open at 2:00 p.m.”

“We would like to acknowledge Mr. Honda from Teiken Promotions for his help in making Roman Gonzalez an international superstar and in co-promoting this fight.”

“The HBO live televised fights will start at 7:00 p.m. with the co-main event and rematch of the epic “2016 Fight of the Year” candidate from this past April in Downtown Los Angeles between Yoshihiro Kamegai and Jesus Soto Karass.”

Robert Gasparri, Chief Executive Officer/Golden Boy Promotions
“This is one heck of a card on Saturday night.”

“Yoshihiro Kamegai and Jesus Soto Karass put on a hell of a fight this past April at the Belasco Theater in their 2016 Fight of the Year candidate.”

“The Belasco Theater was rocking and now this Saturday your going to see these two guys back in the ring giving the fans exactly what they want.”

“The 10-round junior middleweight fight will be the co-main event on the HBO telecast.”

“As they did in April, Kamegai and Soto Karass are going to give it their all for the fans in the arena and those watching on HBO.”

“I want to thank HBO for all their support and Mr. Honda and Teiken Promotions for helping us put together this great rematch between Yoshihiro Kamegai and Jesus Soto Karass.”

“I want to thank Erica and Tom from K2 Promotions for their help in putting this fight together.” 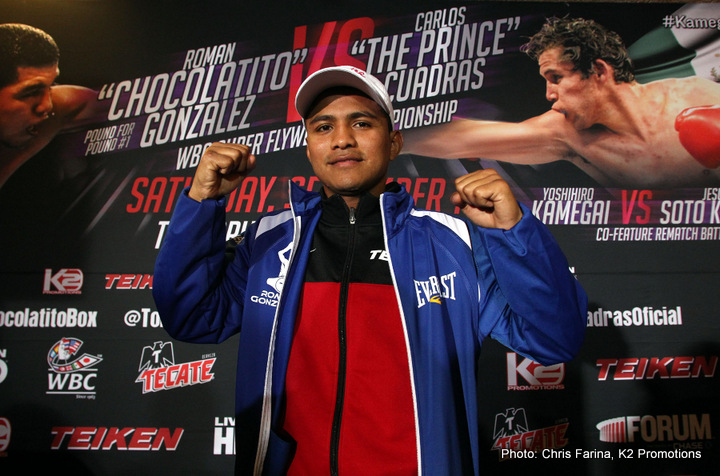 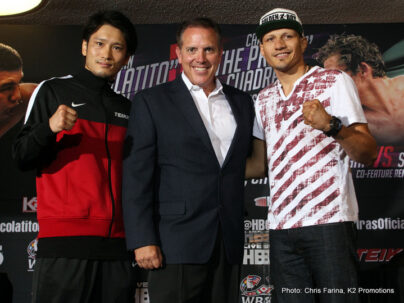 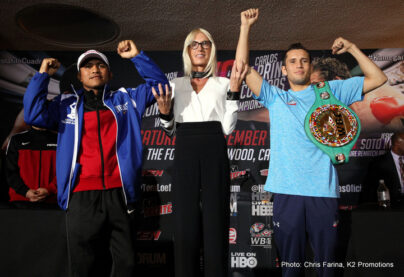 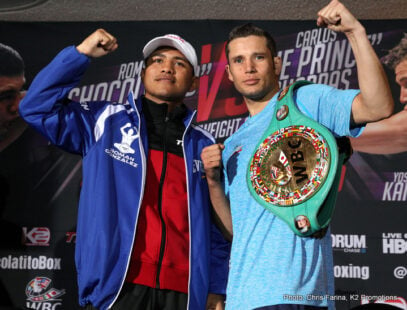 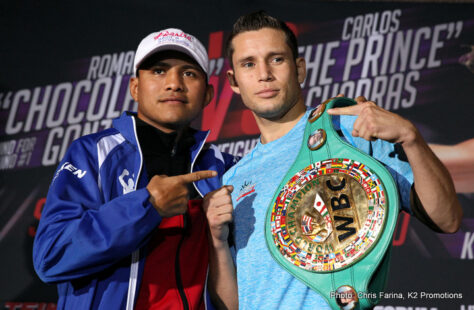 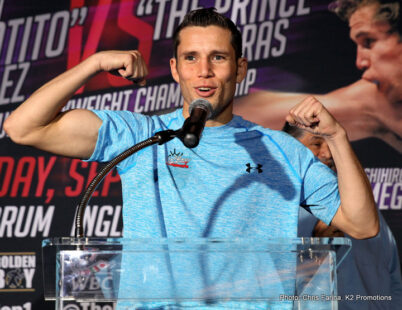 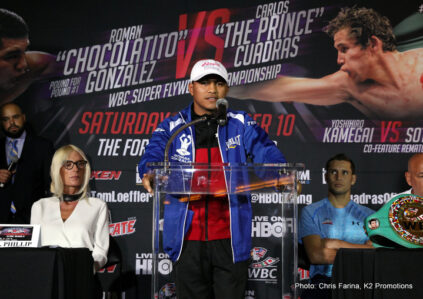 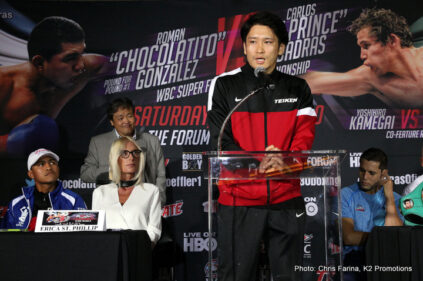 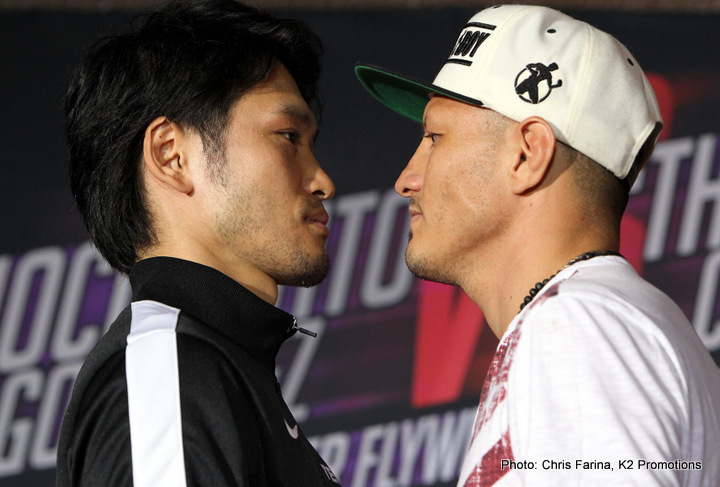 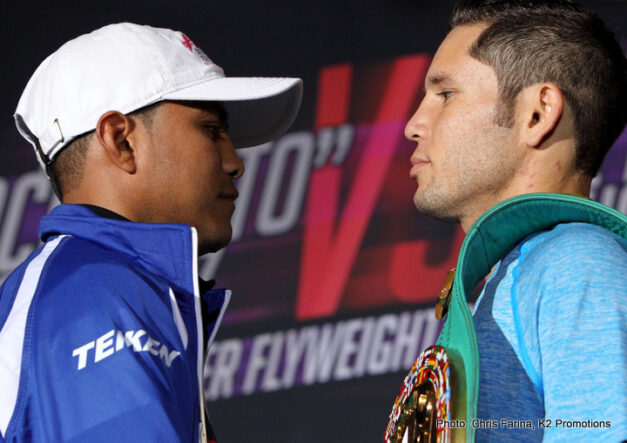 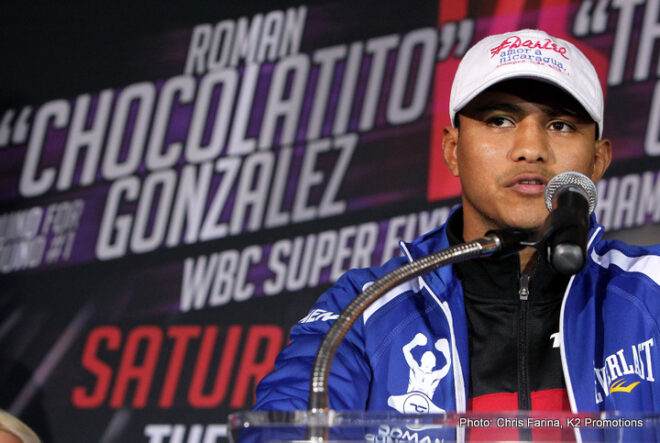