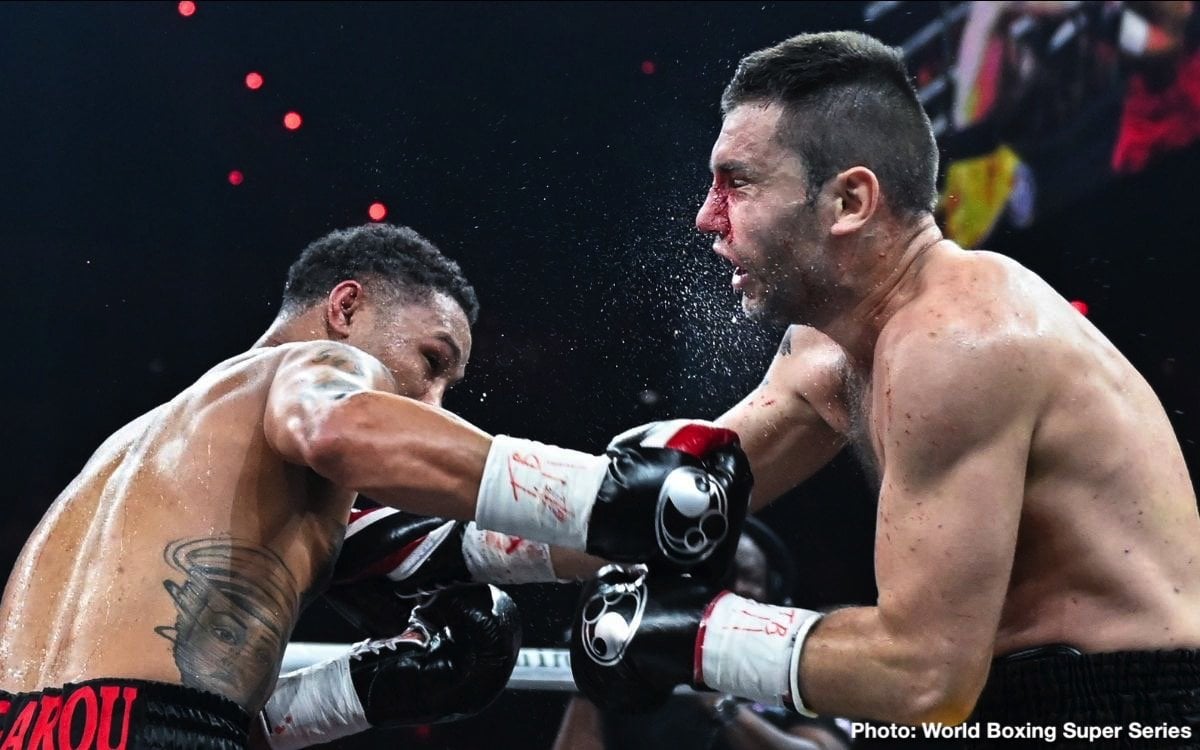 Regis Prograis moved into the finals of the World Boxing Super Series 140 lb tournament on Saturday night with a resounding sixth round TKO win over WBA light welterweight champion Kiryl Relikh at the Cajundome in Lafayette, Louisiana. Fighting in front of his home crowd, Prograis (24-0, 20 KOs) knocked the huge Relikh (23-3, 19 KOs) to the canvas in round 1 with a left to the midsection.

Prograis continued to batter the over-matched 29-year-old Belorussian Relikh until his corner threw in the towel in the sixth round. The official time of the stoppage was at 1:36.

Prograis was stunned by a late shot thrown by Relikh well after the bell had sounded in the second round. Prograis, 30, had been hitting Relikh at will during the second round, and had opened up a cut on the bridge of his nose. Relikh looked disoriented when he tagged Prograis after the bell had sounded. That was clearly the best moment of the fight for Relikh in hurting Prograis with a left after the bell. When Relikh returned his corner, his training team were excited, saying that “He’s got no chin.” Whether Prograis’ punch resistance was suspect is hard to tell, because Relikh rarely landed anything cleanly for the remainder of the fight. Prograis made sure that he had his guard up at all times, and wasn’t going to be hit with anymore sucker punches from Relikh.

Relikh looked like a junior middleweight tonight. He bulked up too much for the fight. This writer has never seen Relikh this big before for any of his fights. He looked as big as Jeff Horn, a welterweight that is known for looking almost middleweight-esque after he would rehydrate. Relikh was too big, too slow, and too over-matched tonight to give Prograis issues.

“The dude had never been stopped. I just dominated him,” Prograis said of Relikh. “I’m a different animal. Whoever they put in front of me, they’re going to get the same treatment. I worked on my defense. This time, I barely got hit, and I stopped him. What can they say about me? Nothing. I want to fight Josh Taylor more, because people are saying he can beat me. It don’t matter. I’m running through everybody. How can they not put me on pound-for-pound? I’m running through everybody. Put me on pound-for-pound!”

Prograis still has one more fight that he needs to win in the final of the WBSS tournament against May 18th winner of the Josh Taylor vs. Ivan Baranchyk fight. Taylor is expected to be the winner of that fight. A lot of boxing believe Taylor will win the tournament. It’s going to be really hard for him to get passed Prograis with the way he’s fighting right. Thus far, Prograis has dominated his tournament opposition in beating Relikh and Terry Flanagan.

WBA bantamweight champion Nonito Donaire (40-5, 26 KOs) proved tonight that a fighter’s power is the last thing to go with his scary-looking single-punch knockout of Stephon Young (18-2-3, 7 KOs) in the World Boxing Super Series bantamweight tournament. Donaire, 36, was trying to knock Young out cold with left hooks the entire fight. Finally in the sixth round, he caught Young with a lightning fast left hook that knocked him out. Young was out before he hit the canvas. The back of Young’s head bounced on impact with the canvas when he fell. He laid there with one leg partially elevated, and stayed in that position a considerable amount of time. The referee stopped the fight at once. A concerned Donaire stayed by Young’s side the entire time, talking to him and making sure he was okay as he was checked out by the medical staff. The fight was stopped at 2:37 of round six.

Despite Donaire knocking Young out, it wasn’t a total mismatch. Young was catching Donaire with left hands frequently in taking advantage of his lack of head and upper body movement. When Donaire was young he was able to move his upper body and his feet to use angles with his attacks. Not anymore. The 36-year-old Donaire now just plods forward, using no head movement whatsoever, and just winging big shots, and looking to catch his opponents with his still powerful left hook. Donaire’s hand speed isn’t the same either. He’s slowed considerably from the fighter he was 12 years ago when he stopped Vic Darchinyan in the fifth round in their first fight in July 2007. That version of Donaire likely would have knocked out Young in the first or second round. The older version of Donaire that was in the ring tonight needed more time, as his accuracy was poor. Donaire missed a lot of shots even with Young standing in front of him.

Young took the fight on 3-days notice after the originally scheduled opponent WBO bantamweight champion Zolani Tete pulled out of the fight with a shoulder injury,

Donaire will now be facing the winner of the May 18th fight between Naoya Inoue and Emmanuel Rodriguez. Donaire has the punching power to KO either of those guys, but he’ll need to land something early if he’s to win. Inoue has a lot of power, and he doesn’t miss with his shots like Donaire does. If Donaire doesn’t catch Inoue with one of his big left hooks in the first two rounds, it’s hard to imagine him surviving passed the third. 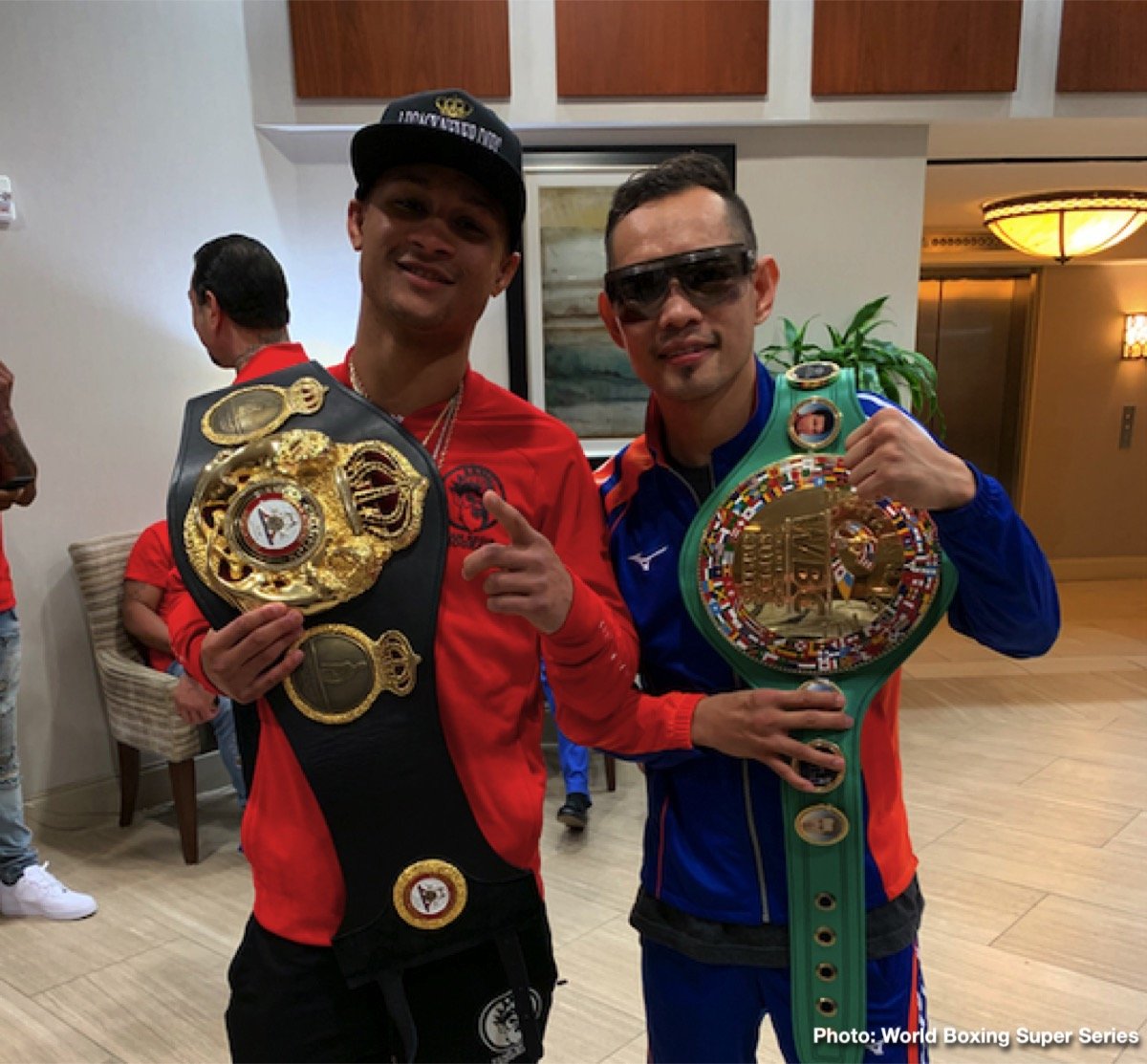 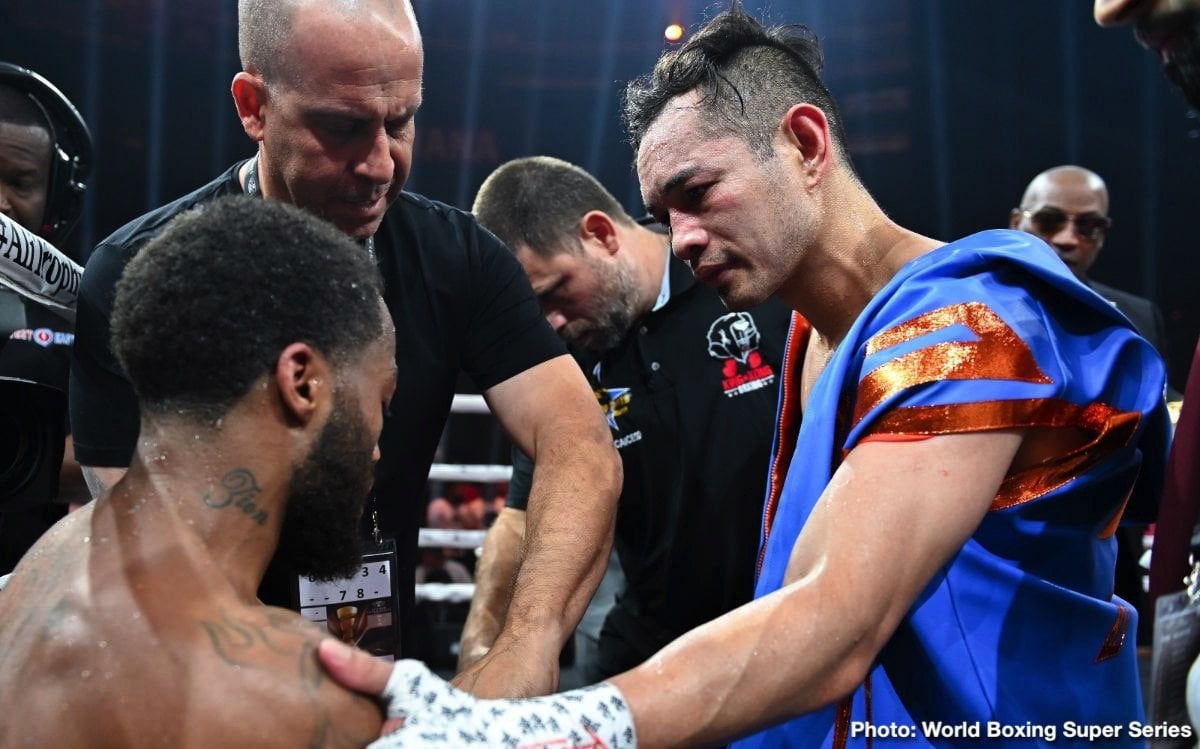 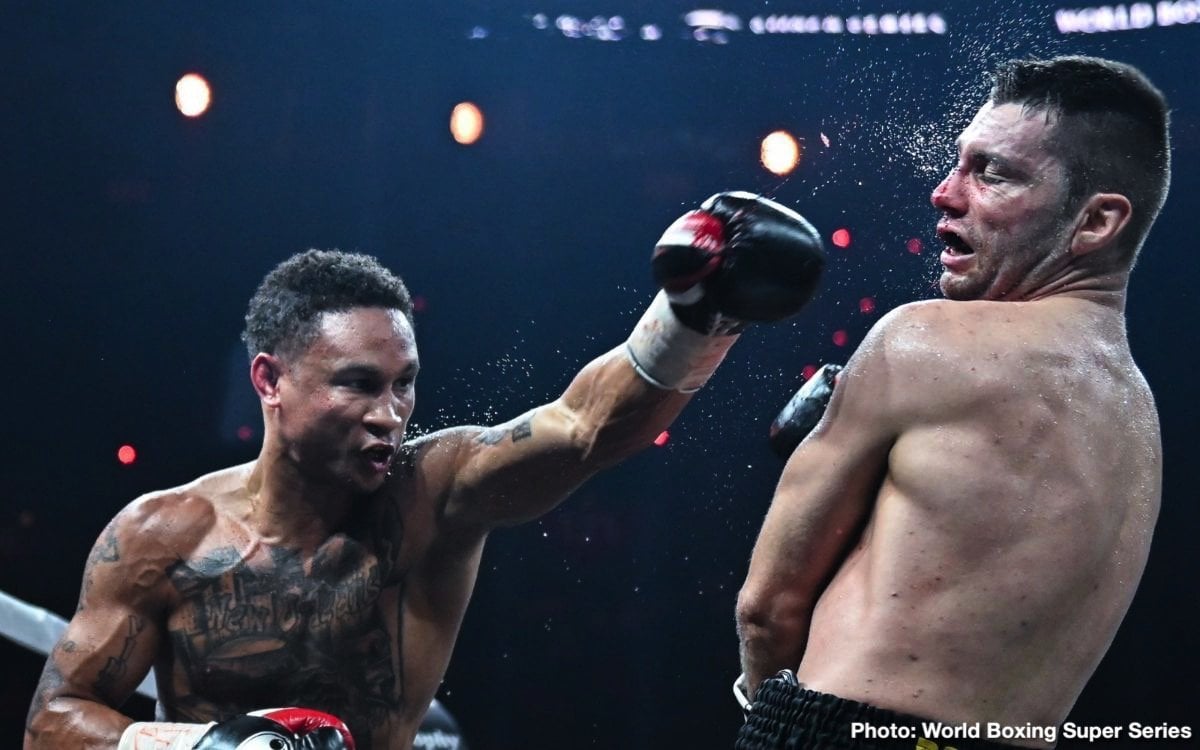 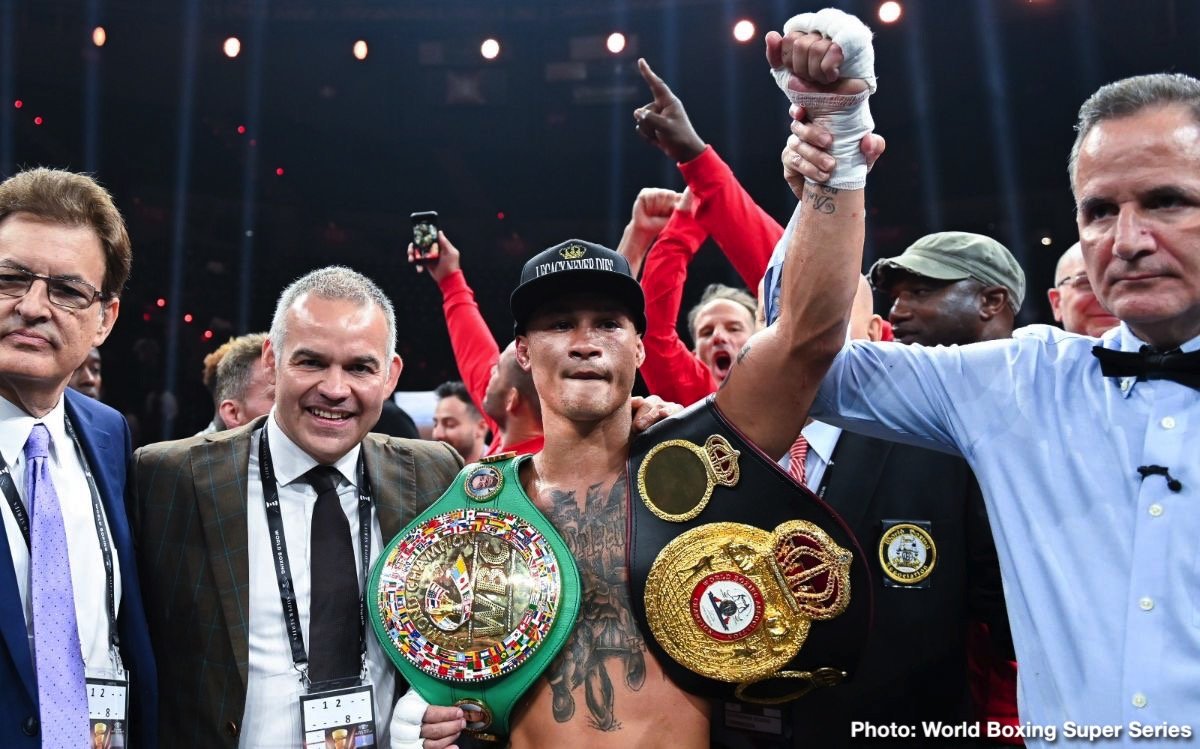 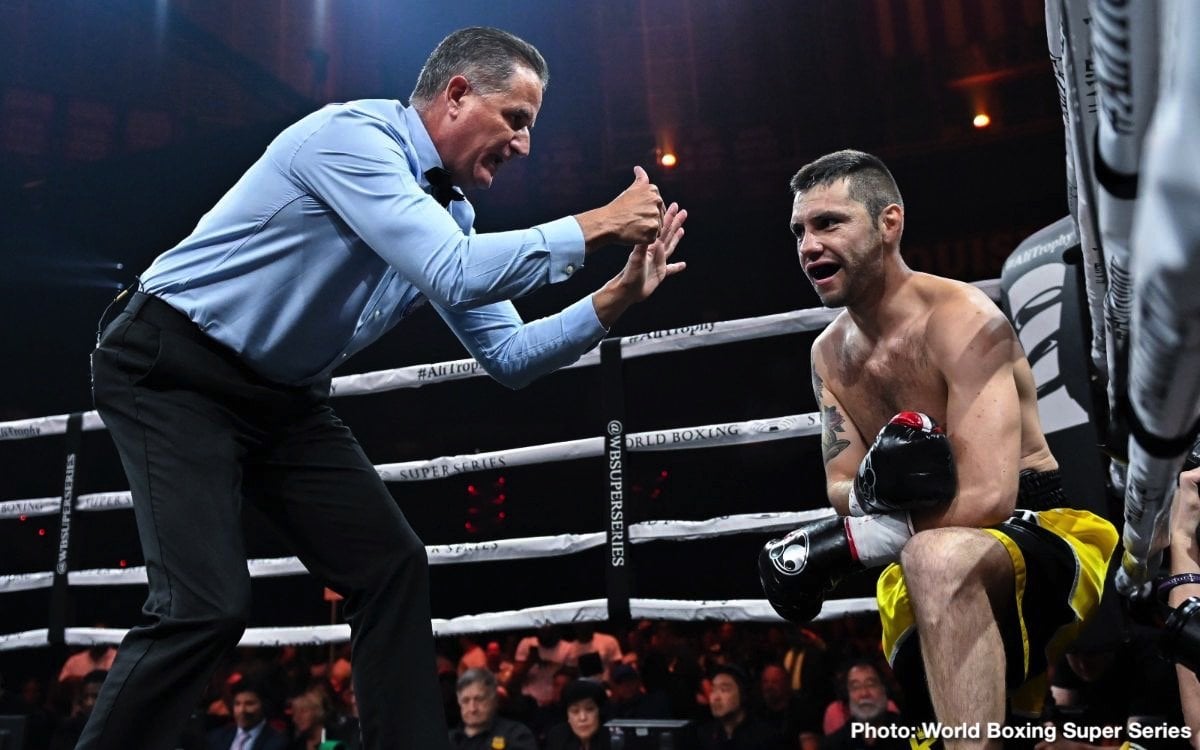 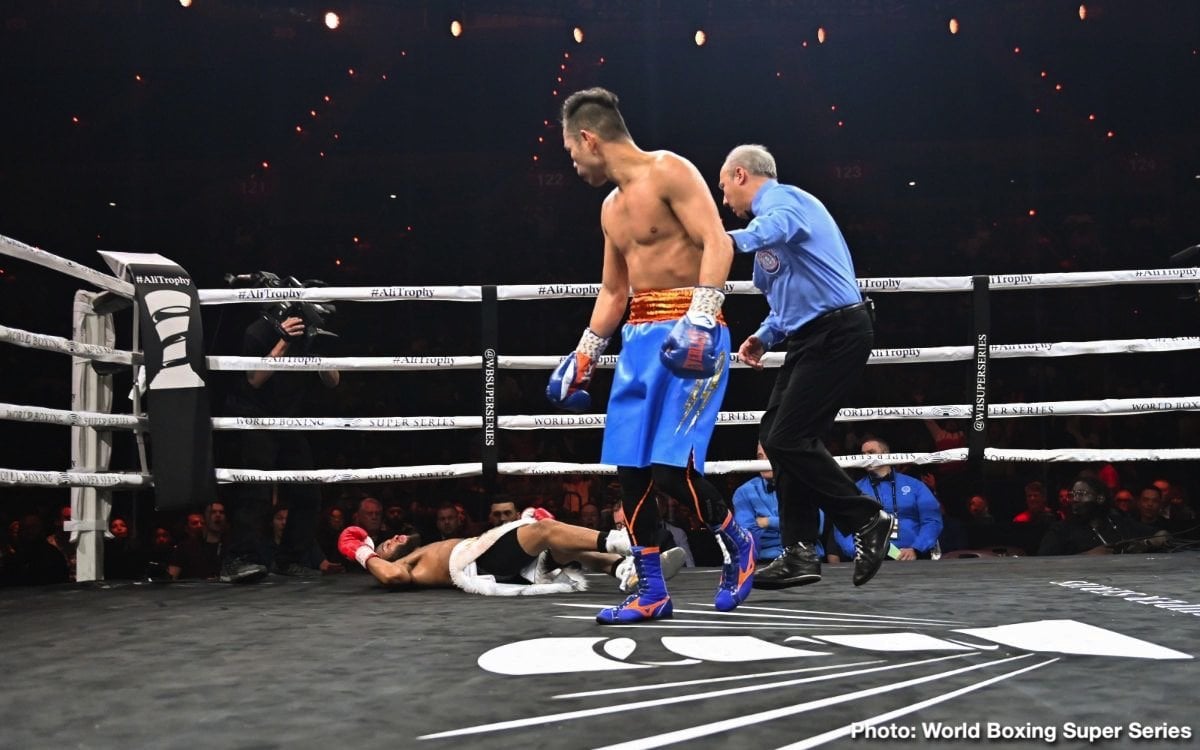 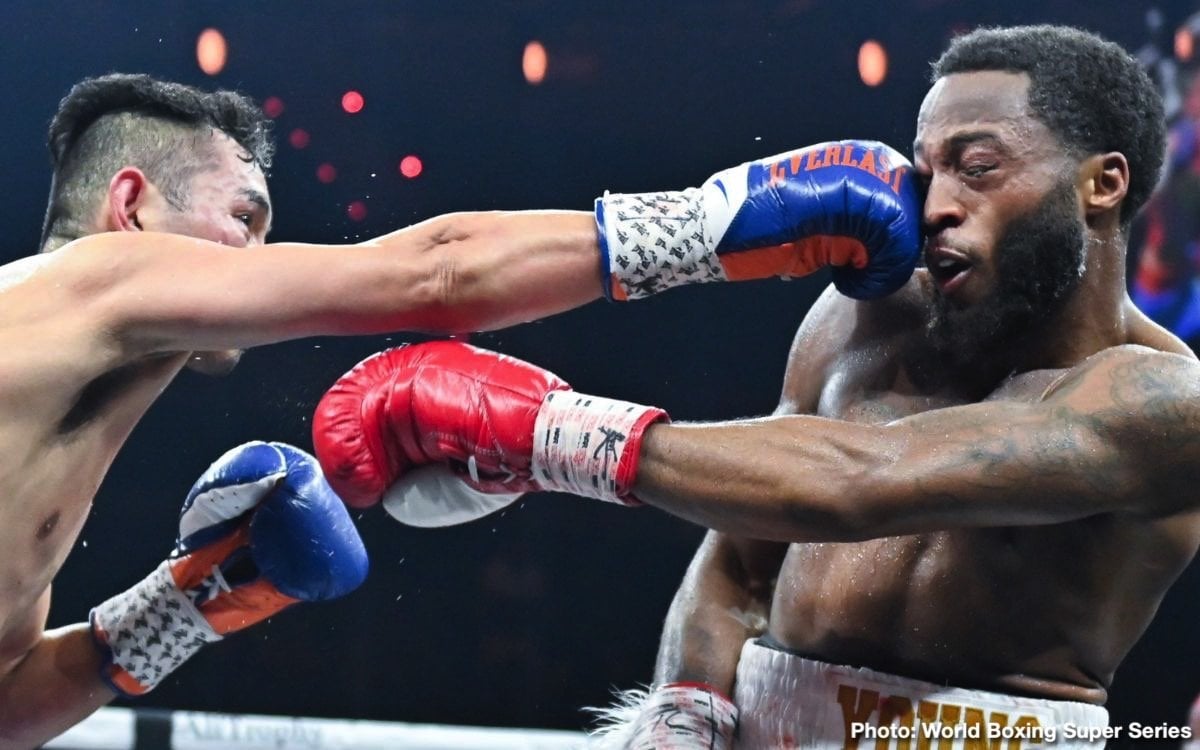 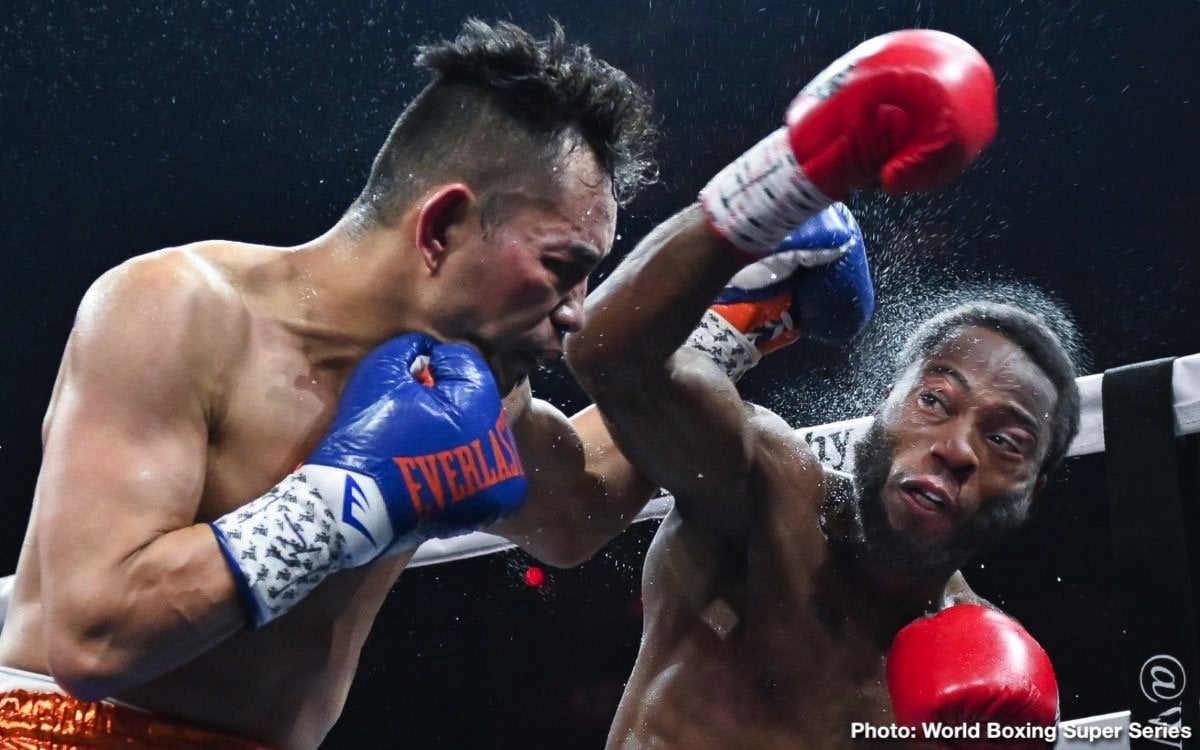