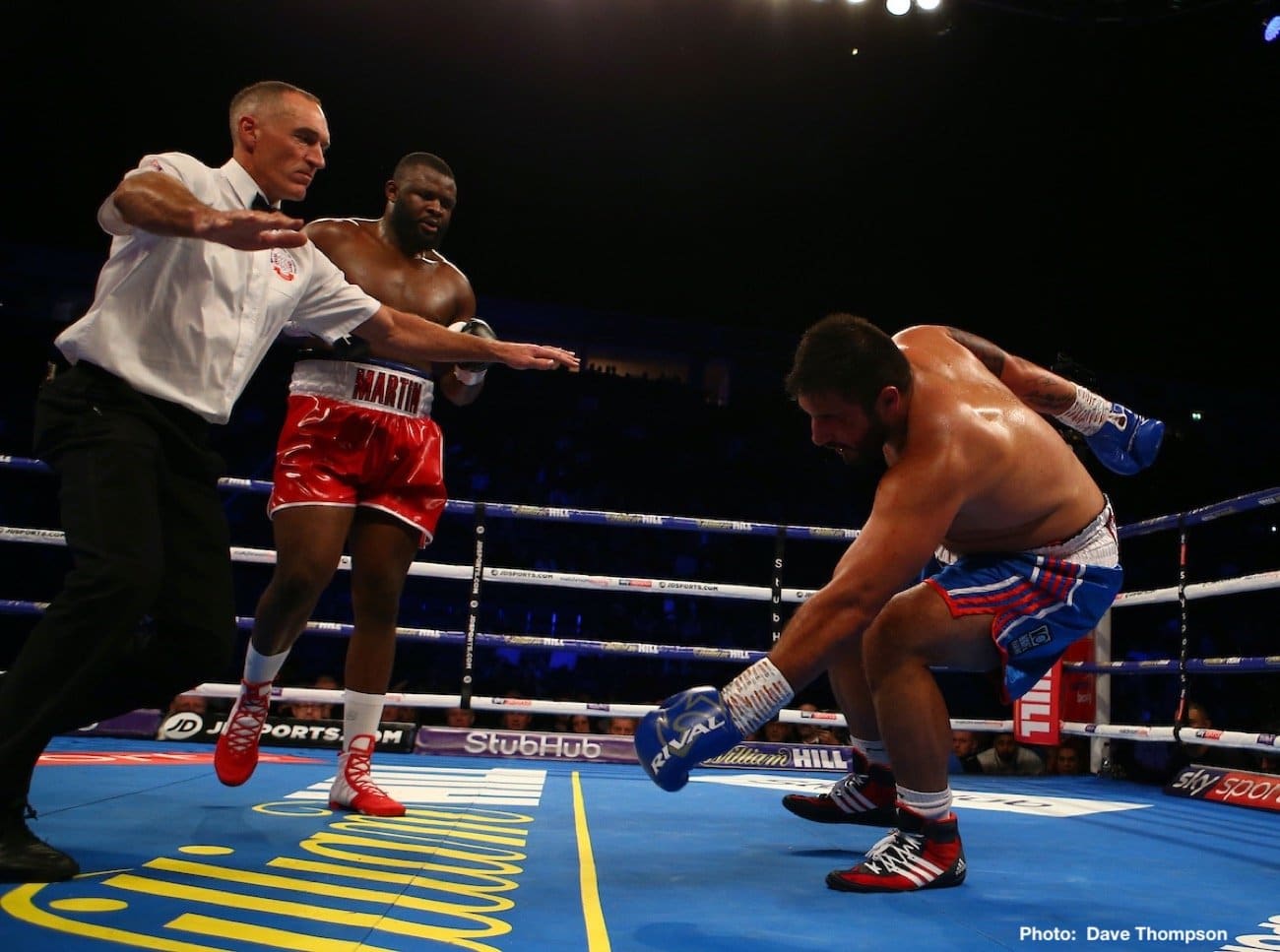 Heavyweight contender Martin Bakole returned to action tonight – just two weeks after his last bout. On October 19, Bakole of the Democratic Republic of Congo and now based in Scotland stopped durable former world title challenger Kevin Johnson, and tonight in Manchester, the softly spoken slugger banged out Rodney Hernandez inside a couple of rounds.

Chopping way at Hernandez with both hands, Bakole scored with a big left hand that decked the Californian; this prompting the referee to wave the fight off instantly. Bakole is now 15-1(12). Hernandez, stopped for just the second time in his career, falls to 13-9-2(4).

Bakole, who again stated after his latest win how he is “ready for anybody,” has heavy hands, decent speed and an effective manner in which he cuts off the ring. Beaten only by Michael Hunter, Bakole has put together a useful 2019, having now won four in a row; all coming by stoppage. And Hernandez, despite his less than impressive record that would perhaps suggest otherwise, is no slouch. As Bakole said in his post-fight interview, Hernandez had never previously been stopped so quickly.

Hernandez has a draw with Joey Dawejko on his record, who he fought a second time in July of this year, dropping a decision. The 30 year old has also been in with the aforementioned Hunter, losing a decision, Adam Kownacki, also a decision loss, Sergey Kuzmin, another points defeat, and Efe Ajagba, who stopped Hernandez in November of 2017.

Tonight’s result was definitely a decent win for Bakole, a very active big man who means business. It would be interesting to see Bakole put in there with a big name soon. There is in fact the possibility of Bakole getting one more fight in before the end of the year. Can the likeable puncher keep his momentum going by picking up one more stoppage win before he goes into what he says will be a “big 2020?”

Bakole could give us a couple of exciting fights next year.