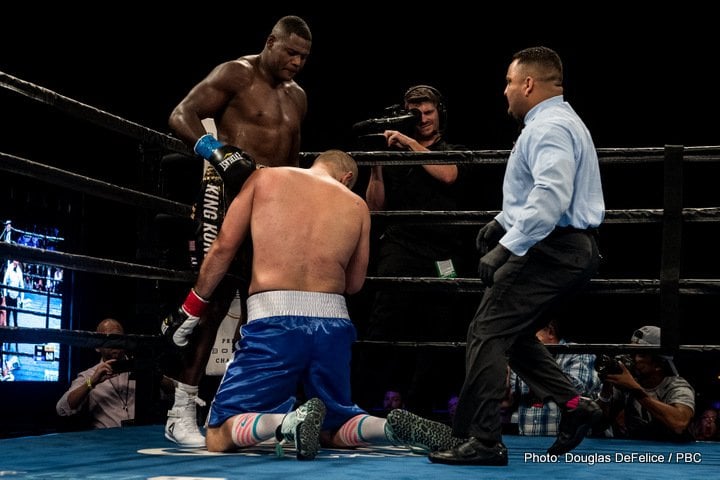 Heavyweight Luis ‘King Kong’ Ortiz (28-0, 24 KOs) kept his unbeaten record perfect with a 2nd round knockout win over Daniel Martz (16-6-1, 13 KOs) on Friday night in front of a good size crowd at the Hialeah Park in Miami, Florida.

Ortiz, 38, hit Martz with a left hand to the head that torpedoed him into the canvas. Martz went down face first, and he never attempted to get back up before the fight was stopped. Referee Samuel Burgos stopped the fight officially at 0:43 of round 2.

Ortiz also knocked the 27-year-old Martz down in the 1st round. That came late in the round with a body shots when the two fighters where in close. Ortiz landed a short left to the body that caused Martz to double over in pain and go down on the canvas.

The 6’7”, 261 lb. Martz didn’t help himself win the fight, because he wasn’t throwing anything back at Ortiz. Martz started the fight in an impressive manner in attacking Ortiz with some nice punches when they were in close.

Ortiz looked slow on his feet, and hands were slow as well. The accuracy and timing we had seen from Ortiz during his best years of his career in 2014 and 2015, it wasn’t there for him tonight. Ortiz looked old, and he looked like a fighter that was in his mid-40s. However, as limited as Martz was, Ortiz likely would have beaten him even if he was in his 50s.

Martz doesn’t have the defensive or offensive skills to compete against someone that throws punches at him. Ortiz was throwing slow lands that he was badly telegraphing, and yet Martz couldn’t do anything to get out of the way of the shots. The smart thing for Martz to have done would be for him to fire right hands down the middle, because Ortiz couldn’t stop them.

The Cuban fighters’ reflexes are gone at this point in his career, and he’s wide open for anything thrown at him. Martz just wouldn’t let his hands go. What do you expect though? He’s a journeyman, and not a good one. A good journeyman would have given Ortiz big problems tonight.

Ortiz, 38, looked rusty and slow initially. Once he found that he could target Martz’s body without being countered, he targeted that area.

After the fight, Ortiz leaned over the ring appron and head words with WBC heavyweight champion Deontay Wilder, who was working for Premier Boxing Champions as one of their commentators for the fight. 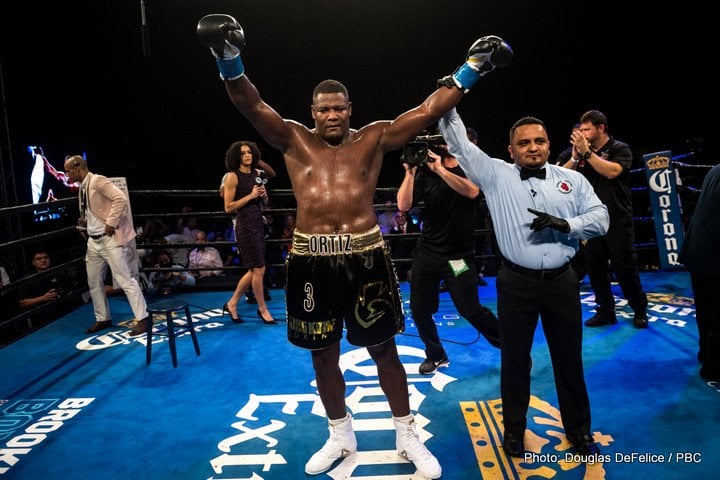 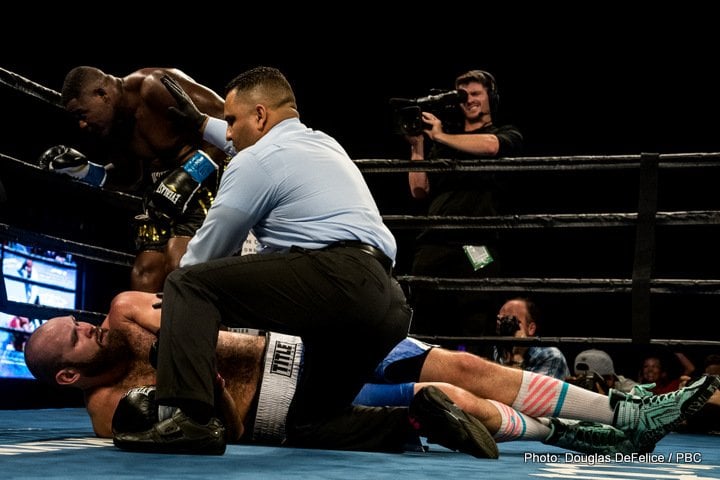 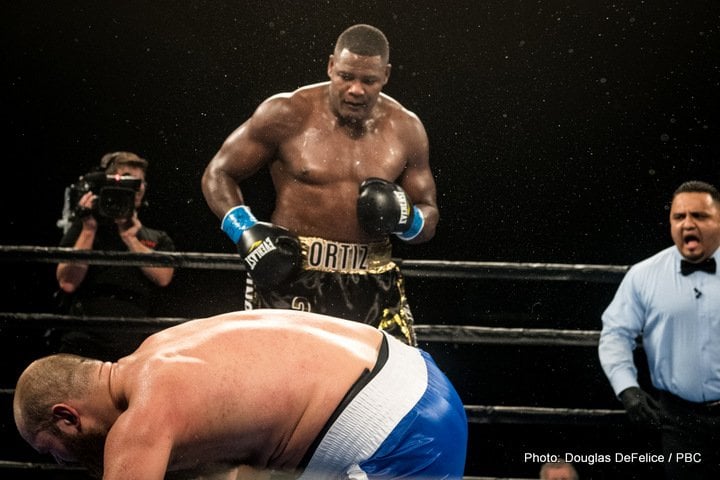 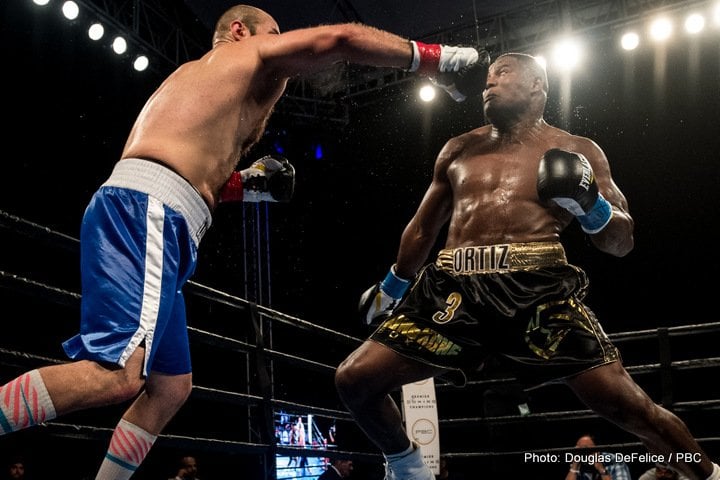 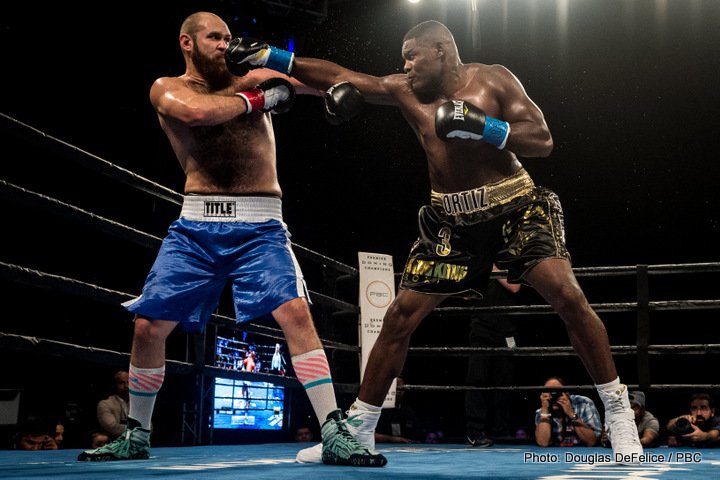