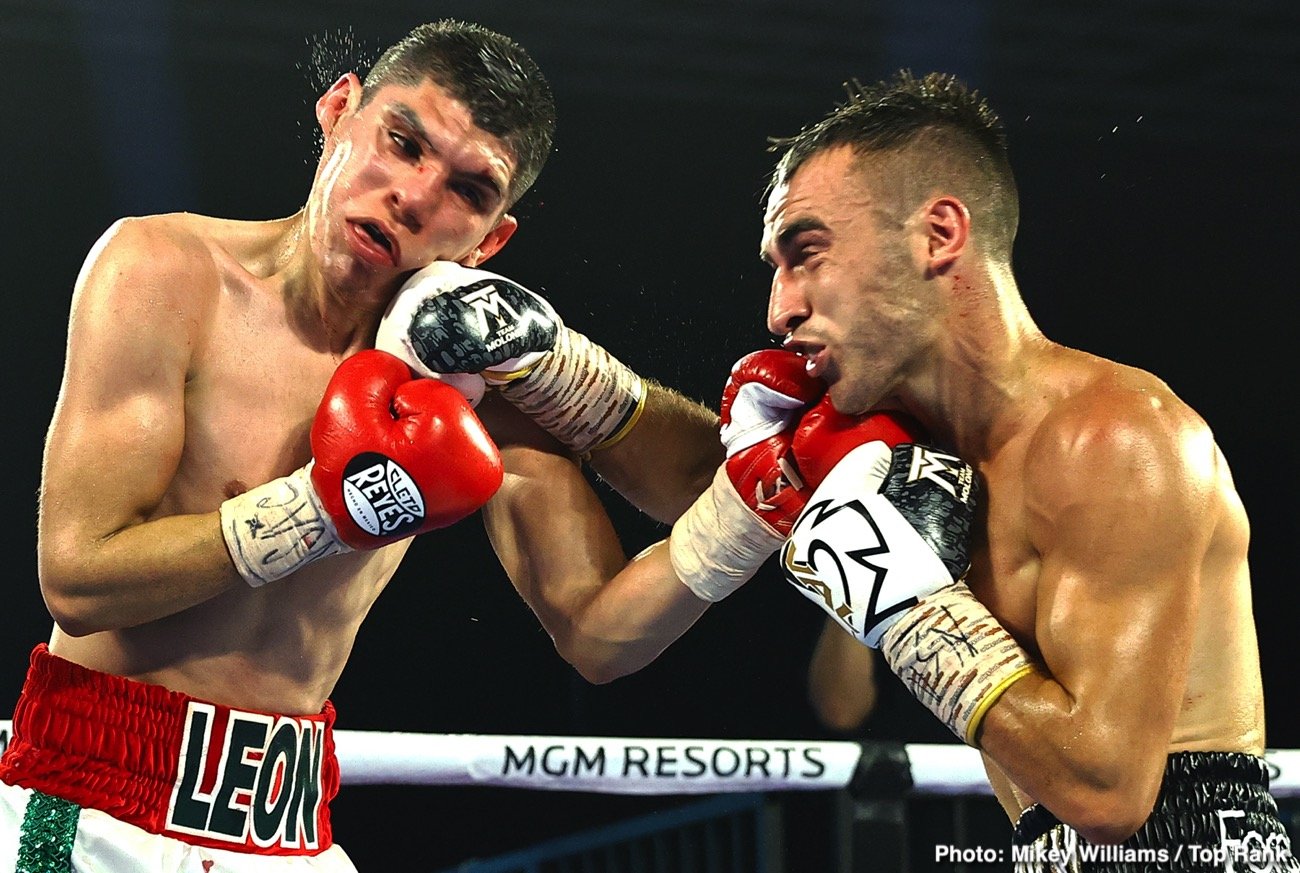 Moloney (21-1, 18 KOs) has won four in a row since an October 2018 split decision loss to Emmanuel Rodriguez for the IBF bantamweight world title. Currently ranked in the top five by all of the major sanctioning organizations, title shot number two may be around the corner.

“That was the greatest moment of my career. It was tough watching my brother the other night, but I knew I had a job to do,” Moloney said. “Thank you to my team. I sacrificed so much for six weeks, leaving my fiancée and my baby. I’m just over the moon.

“My brother told me he loved me and that he was proud of me. He’ll be back better than ever. Trust me.”

Abraham Nova (19-0, 14 KOs) was faced with the toughest test of his career in Avery Sparrow (10-2, 3 KOs), a savvy veteran schooled in the gyms of Philadelphia.

In a mostly tactical 10-round junior lightweight bout, Nova kept his unbeaten record intact with a unanimous decision by scores of 99-91, 97-93 and 96-94. Nova is ranked in the top 10 by two of the major sanctioning organizations and hopes a world title shot is in his near future.

“Sparrow was slippery in there and tough to hit. I had to be patient and search for my openings. In the last few rounds, I began to time him, and that won me the fight,” Nova said. “Listen, this was a learning experience. I’ll be ready for the top guys in the 130-pound division very, very soon.”