Fans tell me that if I lost, at least I only lost to world champions,” Marvis Frazier.

Marvis Frazier did indeed only lose to world champions during his pro career; a pro career that followed a far more successful amateur run (when the son of the great Joe Frazier picked up notable wins over the likes of Tony Tubbs, David Bey, Tim Witherspoon, James “Bonecrusher” Smith and Mitch Green). Larry Holmes was the reigning heavyweight champion when he took Frazier out inside one round, this in 1983, while Mike Tyson was a champ of the future when he took Marvis out even quicker, this in 1986. 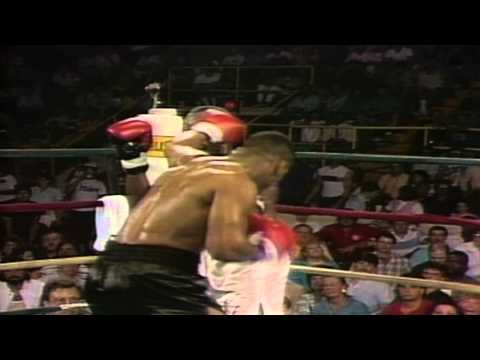 Frazier was matched tough, crazily tough, this by his father who, despite being a truly great fighter, was lousy at match-making. It was on this day back in 1983 when a 23 year old, 10-0 Frazier was thrown into the ring with Holmes. The fight, widely criticised, turned out to be the gross mismatch it had been looked at by almost everyone aside from Joe Frazier.

But it wasn’t merely Marvis’ distinct lack of readiness, his lack of pro experience that saw him taken out so fast (2:57 of the opening round; Holmes later saying he “took him out fast so as not to hurt him”), “Smokin’ Joe,” had also made the big mistake of attempting to change his son’s fighting style; from that of a point-collecting, nimble-footed boxer, to an infighter. The change proved as disastrous as Joe’s judgement as a match-maker.

Marvis looked to regroup after the Holmes loss, with him winning six fights, some of them over useful opposition in James Tillis, Jose Ribalta and, in a repeat of his amateur win, Bonecrusher. Frazier, getting back to his boxing style, outpointed all three. Then, in absolutely suicidal match-making, poor Marvis was put in the ring, he was put in serious harm’s way, against a rampaging Mike Tyson.

Tyson, still only 19, had less experience than the now 25 year old Frazier, but it didn’t matter. Not one bit. Tyson, who fought somewhat like Joe Frazier, even if “Iron Mike” was a much faster starter than Joe was, knew what he was going to do and he did it. Tyson had nobody meddling with his fighting style. The “fight” lasted a painful :30 seconds; painful for Marvis and painful for Joe to watch.

If the Holmes fight had been a big mistake, then putting Marvis in with Tyson was catastrophic. Frazier’s promising career was all but over, even if he did box again, winning three fights before retiring with a 19-2(8) ledger in 1988.

Marvis Frazier did indeed lose only to world champions. World champions against whom he never had a chance. The development of a fighter, this in the fights he takes on the way up, really is crucial to his success. Joe Frazier had the wise Yank Durham looking after him. Marvis had his pop. 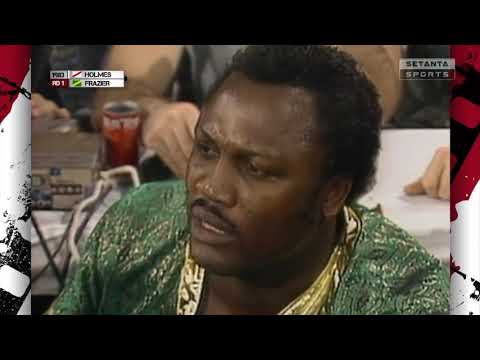