The longtime WBO welterweight king and pound-for-pound star, Terence Crawford, finally has the super fight he craves. Enter Shawn Porter, the two-time champion who has fought most of this generation’s elite welterweights.

Crawford and Porter will fight Saturday, Nov. 20 at Michelob ULTRA Arena at Mandalay Bay in Las Vegas. The two met face-to-face Saturday for a kickoff press conference, alongside their respective trainers and promoters.

Presented by Top Rank and TGB Promotions, Crawford-Porter will be a Top Rank PPV exclusively on ESPN+ in the United States at 9 p.m. ET/6 p.m. PT. Tickets can be purchased by visiting AXS.com.

This is what the fighters and their teams had to say Saturday in Las Vegas.

“We always have had a good relationship ever since the amateur days. There has never been any bad blood. It’s always been all love, but come November 20, we step on him.

“We are going to give the fans a great night of boxing. It will be fireworks from the first bell to bell 12 if you last that long.

“Unlike other fighters that you fought, I’m different. I believe you know that I’m different. The more you push, the more I will push. You hit me hard, and l will hit you even harder if you can last. That’s what makes this fight a great fight.

“A dominating win against Porter will boost my status as the number one pound-for-pound fighter in the world.

“Everybody is excited. My family, my friends, my supporters have been dying to be at a live event and this will be the first time in a long time where they can see Terence Crawford live in action. Everybody is hungry for it, just like I have been dying to get in the ring. The time is now. I’m going to give everyone what they have been asking for.”

“I believe this fight is happening right on time. There’s no secret that there is a lot of respect between me and Terence.

“We can talk all about resumes, but when I look at his resume, nobody that has been in the ring with him, knows him as I know him. The best of Terence Crawford will bring out the best of Shawn Porter. What I do know is November 20 is a big day for boxing and it will be a big day for Team Porter.

“I’m sure I’m on the brink of getting into the Hall of Fame. For me, it’s not only win or go home. It’s win, or nothing else. My life right now it’s all about beating and dominating Crawford. My legacy will depend on beating Terence Crawford.

“He is a dominant fighter. Everyone he gets in the ring with, he dominates. I want to be the one fighter that he can’t dominate. Everything that is required to beat Terence, I got it. It’s time to take on this challenge.

“On November 20, the energy will be great. Fight night will be unlike no other. This will be the crazy energy you ever felt and I’m looking forward to it.”

“I want to thank Tom Brown for his cooperation. With the companies that we represent cooperating, it will only be good for boxing, and we can do bigger and better matches.

“Terence Crawford is the only unified champion sitting on this stage. He unified the 140-pound division, and maybe the reason he hasn’t fought other top welterweights, it’s because you guys were hiding them because you didn’t want to put them in with Terence.”

“This really is a tremendous fight. I want to congratulate Top Rank for putting this great fight together.

“This is the kind of fight that both the fans and the media have asked for and we were able to deliver it.

Read:  Exclusive Interview With Derrick Jefferson: My Fight With Maurice Harris Was Better Than Fury-Wilder Because We Had Skills Too

“Something about this camp is very special. We ready. You can’t bring random sparring partners when you are facing someone like Porter. We have to search the world for the best of the best.”

“You can’t beat this type of caliber fighter fighting the way you always fought. You have to change everything. You have to be better. Shawn has been away training in the mountains. Secluded. Just himself and God.

“BoMac is a great trainer. Terence is an excellent fighter. We have an enormous amount of respect for him and his team. Every day I’m trying to figure out and see what we can do better. You must change. You must be better when you are facing a fighter of his caliber.” 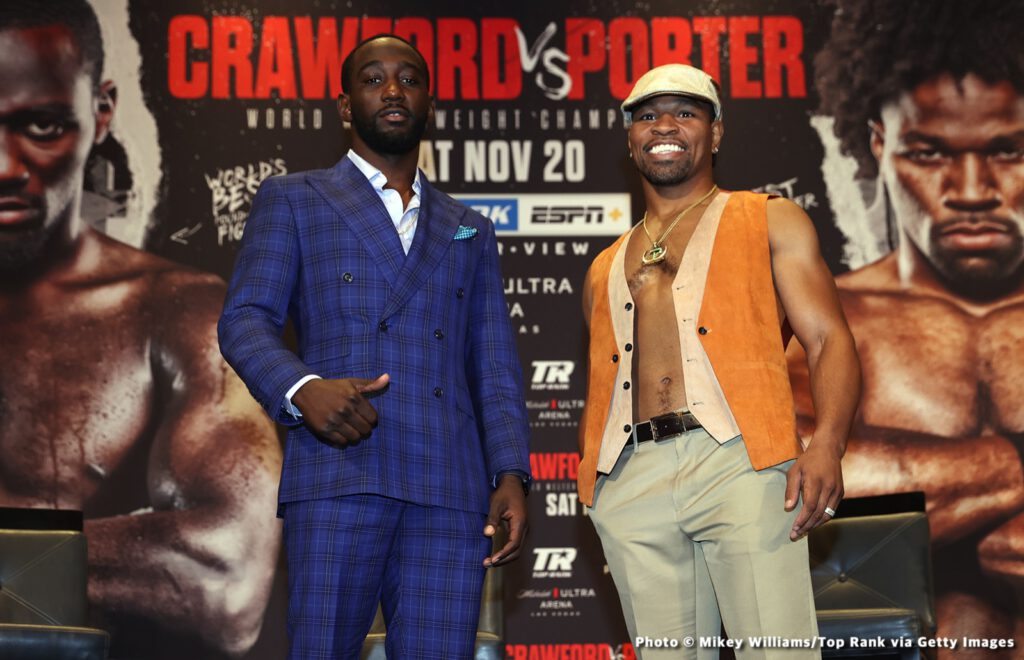 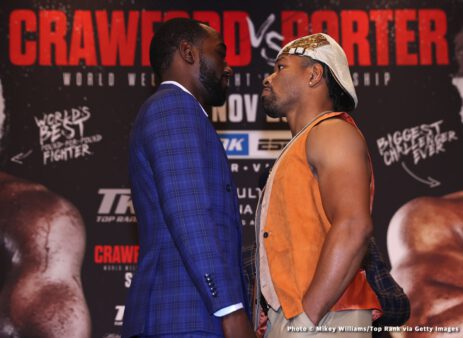 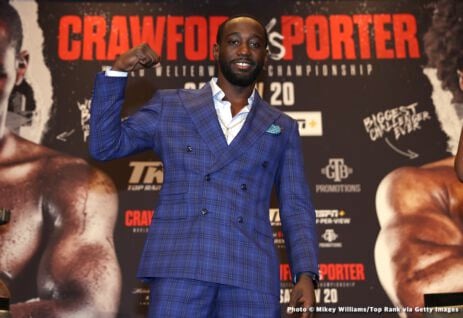 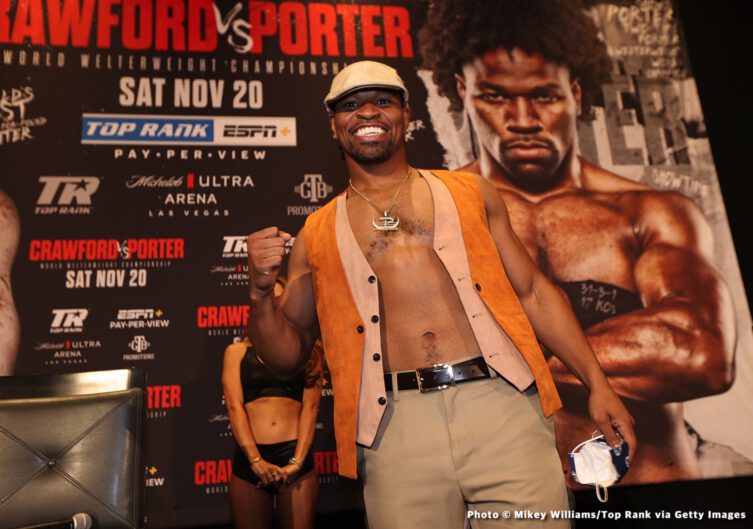 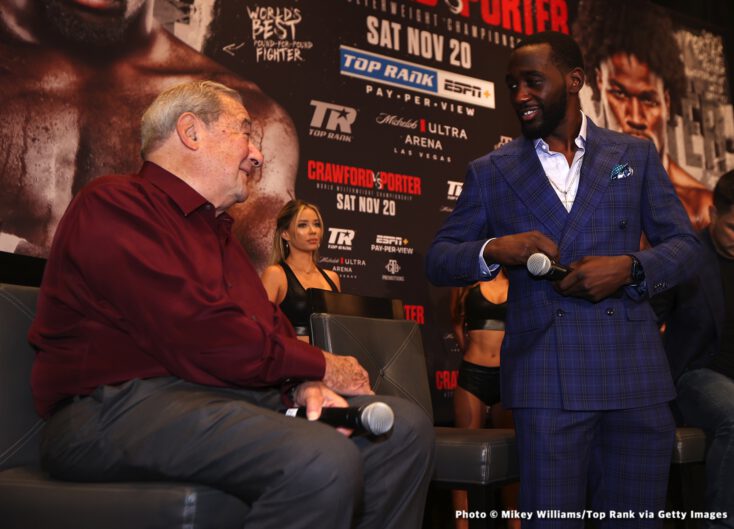