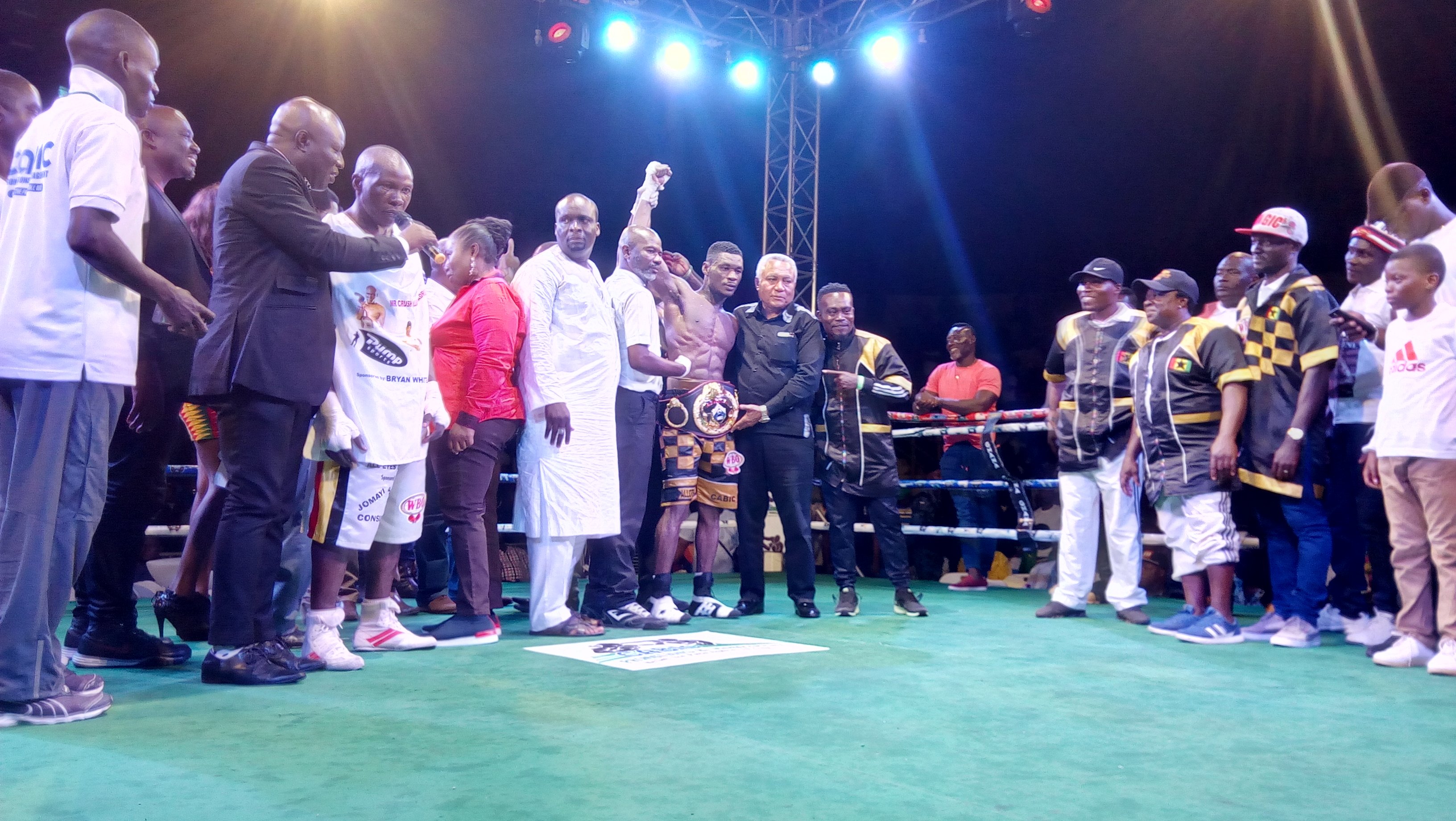 120-108 all three ringside judges scored it in favour of Allotey, a former WBC international silver welterweight champion who improved to 39-3, 30 KOs and has now promised his countrymen to win a world title for them by end of next year.

“I’m delighted to win this fight to make my management and fans also happy. I did everything to knock him out but Badru is a tough opponent, I’m just happy I won,” Allotey said at ringside post fight.

“But there’s no time to rest at all, my focus is on winning the world title and this is a first step towards that. I want to fight Karat Islam next to avenge my controversial loss to him but I want to assure Ghanaians that next year Patrick Allotey will win a world title for Ghana,” added the boxer who is currently rated number 15 junior middleweight in the world by the WBO.

Other big winners on the Cabic Big Fight Night 2 promoted by Cabic Promotions and Management which featured a total of nine fights and was graced by former Ghana President, John Mahama as well spiced by musical performances by TicTac, Efya Keys and Papa Row at the Bukom Boxing Arena in Accra, were Richard Harrison Lartey and Emmanuel Martey who both annexed WBO Africa titles as a result.

Lartey was at his destructive best, flooring experienced Burkinabe, Boniface Kabore four times on the way to a round 2 TKO victory to become the new WBO Africa heavyweight champ and improve his record to 13-1, 10 KOs.

It was not all that rosy for Martey however as he was sent crushing to the canvas for the first time in his career by the powerful hand of Sunday Ajuwa of Nigeria in round 2 in what was ultimately a sloppy fight. Martey had the better part of the exchanges in round one and appeared to be in complete control until both boxers suffered gashly injuries on the face after an accidental clash of heads at the beginning of the second round. Martey whose cut was just above his left eye, appeared to have suffered most and in the aftermath of being treated by ringside officials, he could hardly gather himself and was caught after walking into the powerful left hand of Ajuwa which knocked the Ghanaian down for the first time in his career.

Martey managed to beat the count and survive the round. He returned stronger and battled on, edging Ajuwa in the next three rounds until the Nigerian’s profuse bleeding from his own cut forehead prompted the referee to stop the fight in round 5 and refer to the scorecards on the advice of the ringside medics. In the event, 49-46, 49-46, 49-46 all three ringside judges scored it in favour of Martey, declaring him the new WBO Africa super middleweight champ and improve to 13-0, 9 KOs.

On the packed undercard, Emmanuel Quaye edged Illiasu Sulley 78-75, 79-72, 78-72 after eight rounds of middleweight action, former WBC international, WBA Pan-Africa and ABU champ, Alexis Kabore of Burkina Faso also earned a unanimous verdict, 80-70, 80-72, 80-73 over Samuel Akurugu of Ghana in their international super featherweight contest and Charles Amarteifio defeated Amos Denji via a round 5 TKO in their own super featherweight contest.