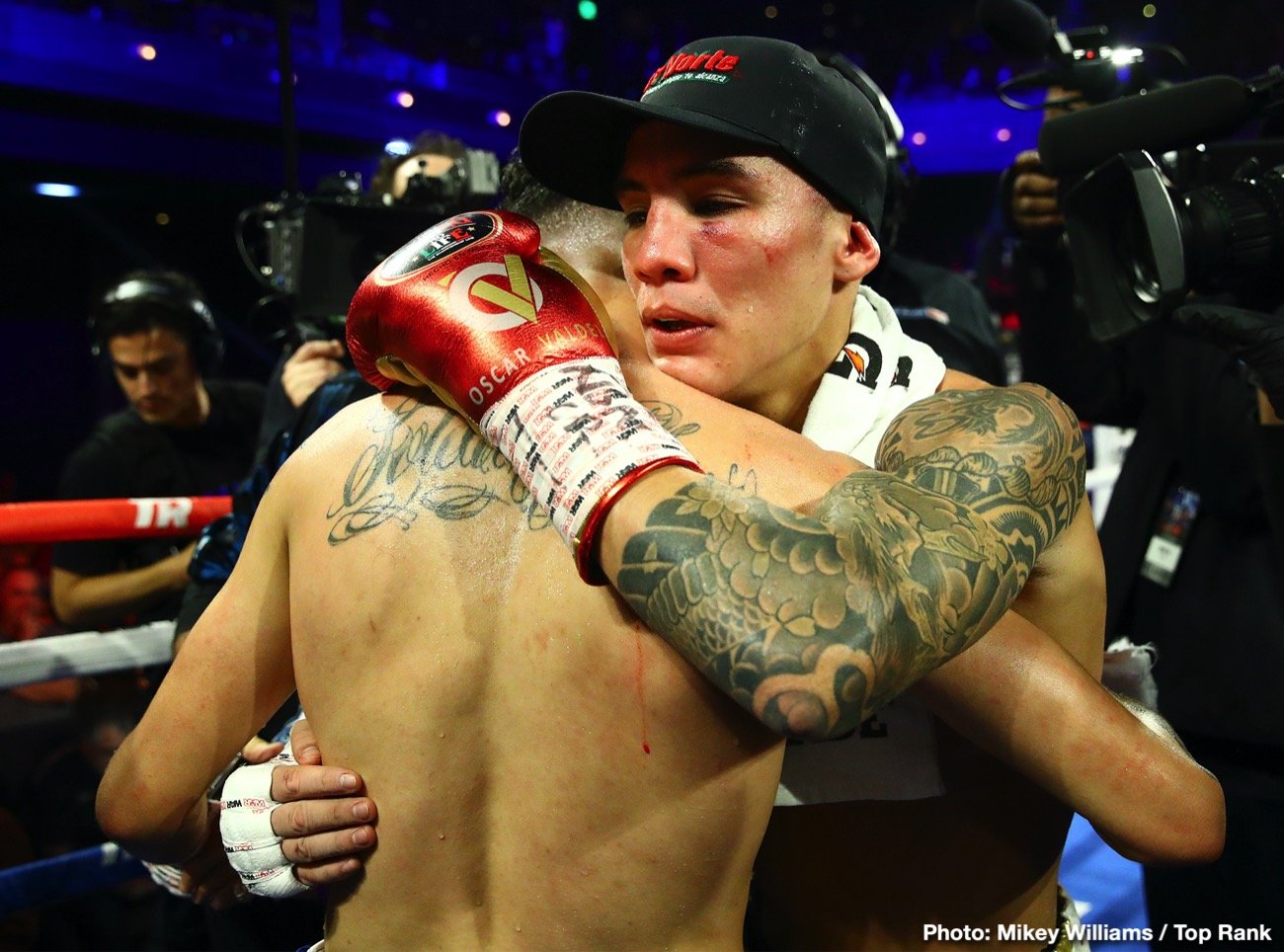 Oscar Valdez will be fighting in mid-July against an opponent still to be determined on ESPN in Las Vegas, Nevada. Top Rank Boxing, the promoters for Valdez, are still looking at different opponents that they can match against him. It would be a good idea for them to match Valdez against someone with talent, as he’s been taking tune-up-level opposition since 2018.

The unbeaten Valdez (27-0, 21 KOs) recently vacated his WBO 126-pound title to move up to 130 to go after the champions in that weight class. It’s a good thing that Valdez vacated because he would have needed to face Shakur Stevenson if he held onto his  WBO belt.

Later this year, the two-time Mexican Olympian Valdez could be challenging for a world title later this year against WBC super featherweight champion Berchelt (37-1, 33 KO).

That’ll be a tough fight for Valdez, who hasn’t looked all that sharp since suffering a broken jaw in his grueling 12 round unanimous decision win over Scott Quigg in 2018. Since that fight, Valdez’s promoters at Top Rank have been matching him against fringe level opposition, and he’s done well in winning.

Valdez’s last opponent Adam Lopez knocked him down in the second round of their fight last November. Lopez (13-2, 6 KOs) isn’t a big puncher, and it was a surprise that he was able to knock Valdez down.

With that said, Valdez hasn’t looked like the same fighter he once was since he was hurt by Miguel Marriaga in 2017. The big-hitting Marriaga shook Valdez to his books after nailing him with a big right.

Top Rank will need to be careful with the type of opponent they find for him. While it’s important that Top Rank step Valdez up against better opposition, they can’t put him in with someone too good because he’s a chin problem. They want to match Valdez against WBC super featherweight champion Miguel Berchelt, and he won’t get that far if Top Rank puts him in with anyone halfway decent.

Berchelt is fighting next month on June 6 against an opponent still to be determined in Mexico. This will be a hard fight for Valdez, as he’s never faced anyone as good as Berchelt, and he may not be ready for him.

The way that Valdez had problems with Adam Lopez, it would be a good idea for Top Rank to not put Oscar in with some a little too good. Valdez stopped Lopez in the 7th round in what appeared to be a quickly knockout call by the referee.

Valdez has reinvented himself since his grueling fight with Scott Quigg in 2018. He’s not taking as many chances with his trainer Eddy Reynoso, who obviously doesn’t want him to brawl as he did before.

Reynoso is a good trainer, but he’s not a miracle worker. Valdez may not have the chin or the stamina to compete against the better fighters in the division like Berchelt, Leo Santa Cruz, and Jamel Herring.

It’s likely that Top Rank boss Bob Arum won’t take any chances with Valdez getting stopped if he puts him in with good contenders.