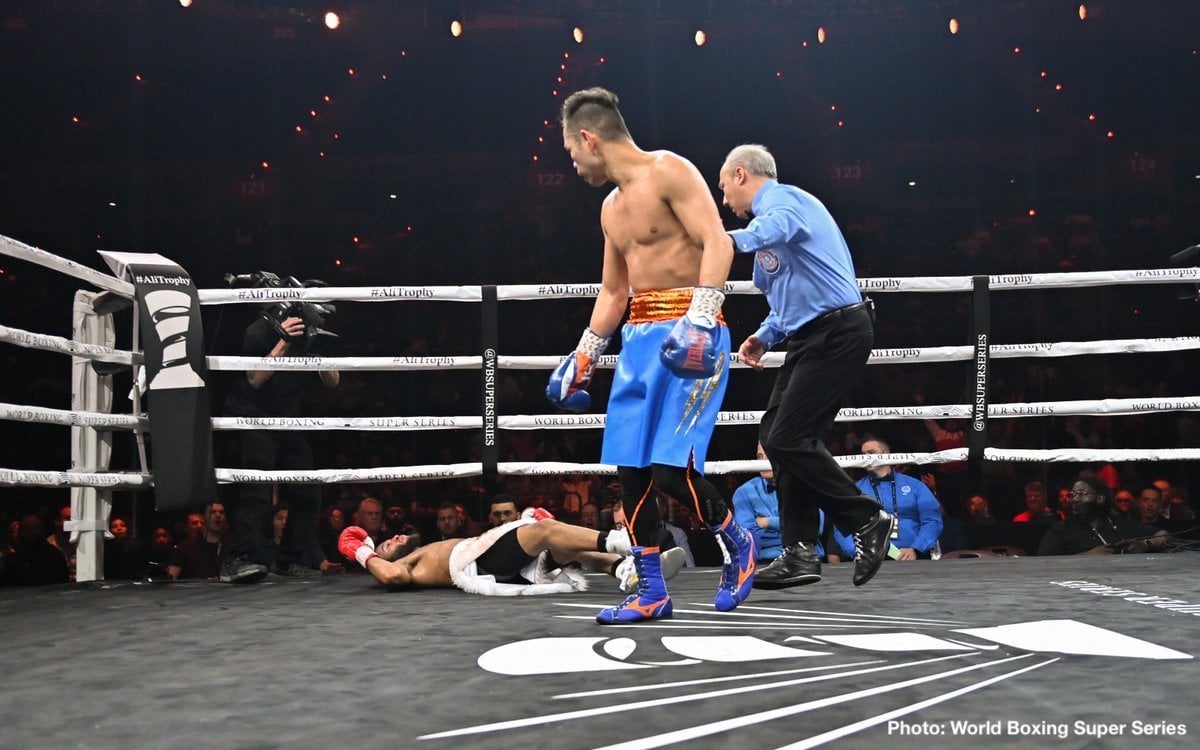 This Saturday on Showtime Boxing, one of the greatest fighters of our time is back. Four-weight division champion Nonito Donaire is not done yet with his career, and he vows to win a world championship again.

Donaire has already done so much in the sport based on his resume.

Nonito “The Filipino Flash” Donaire (40-6, 26 KO’s) of the Philippines (now living in Las Vegas, Nevada) has just entered his twentieth year as a professional fighter. The fact that Donaire is still one of the top fighters today is remarkable.

Donaire first opened eyes in 2007, when he won the IBF World Flyweight Title with a fifth-round stoppage over respected champion Vic Darchinyan.

The fight was named the Upset and Knockout of the Year for 2007 by Ring Magazine. From there, Donaire showed us why he would become one of the best fighters of the world, pound for pound.

After making three defenses of the flyweight title, he moved up to the bantamweight division. After scoring a couple of impressive wins, he challenged WBO and WBC World Bantamweight Champion Fernando Montiel in 2011.

In a fight that was even on paper turned out to be a quick stoppage as Donaire stopped Montiel in two rounds. He made one more title defense with a one-sided unanimous decision over former super flyweight champion Omar Narvaez.

In 2012, Donaire would have his best year yet. He moved up to the super bantamweight division and won the vacant WBO title by defeating Wilfredo Vazquez Jr by split decision.

After suffering a loss to Guillermo Rigondeaux in 2013 and then having a comeback win in a rematch against Vic Darchinyan, Donaire moved up to the featherweight division in 2014.

After that, in what was Donaire’s biggest loss, he was stopped in six rounds to a much stronger featherweight in Nicholas Walters.

The fight showed the featherweight division was too much for Donaire, and he decided to move back down to super bantamweight.

In 2015, Donaire managed to win a world title again at super bantamweight for the vacant WBO title and defeated Cesar Juarez.

He lost the title in his second title defense against Jessie Magdaleno in 2016. Donaire got a big opportunity against Carl Frampton in 2018, but Donaire came up short, losing a unanimous decision.

It seemed Donaire might have seen his best days in boxing, but another comeback was in store.

Donaire had the opportunity to fight in the World Boxing Super Series (WBSS) in the bantamweight division. Donaire managed to get back to the weight where he was once the best.

He scored his first two wins of the tournament by defeating Ryan Burnett and Stephon Young. With the Burnett win, he won the WBA Super World Bantamweight Title.

Then he faced off with the “Monster” Naoya Inoue in 2019 for the final bout of the tournament.

Going into the fight, many believed that Inoue was going to knock out Donaire. Inoue was and still is one of the best fighters of the world, pound for pound.

Many insiders felt Inoue would be too much for the older Donaire. However, Donaire turned back the clock and put another good performance even though he lost the fight by unanimous decision.

He gave Inoue all he can handle in what was Inoue’s toughest fight. The Filipino Flash showed us that he had something left in the tank.

The journey continues for Donaire on Saturday.

Donaire will make another run at a world title in the bantamweight division. This time he will face off with WBC World Bantamweight Champion Nordine Qubaali (17-0, 12 KO’s) of France.

The thirty-two-year-old Frenchman is a 2008 and 2012 Olympian who had an extensive amateur career. He got his career to a quick start in 2014 and earned a title shot in 2019.

He defeated Rau-shee Warren by unanimous decision for the vacant WBC title. Since then, he has made two successful title defenses. Qubaali is a complete boxer and has a good style.

However, he is looking for that signature win. This is where Donaire comes in. Qubaali is the favorite in the fight as he is considered in the prime of his career, but Donaire is a live underdog.

Donaire has seen it all, and he will be Qubaali’s toughest test of his career. This fight will be very intriguing, and don’t be surprised if Donaire pulls off the win here.

Just like his countrymen Manny Pacquiao and Donnie Nietes, Donaire is also one of the best fighters from the Philippines. He is already a lock as a first-ballot Hall of Famer when his time comes.

Donaire will be looking to add more history to his hall of fame career. If he wins this weekend, he will become the oldest bantamweight champion in boxing history at age 38.

The current record is held by Gerry Penalosa, who was 35 years old when he won the WBO World Bantamweight Title by defeating Jhonny Gonzalez back in 2007. Donaire’s goal is to become the undisputed bantamweight champion. That would be such a feat.

Donaire has already done so much for the sport, but he continues to challenge himself. The fact that he is still competing at a top-level after twenty years in boxing should be applauded. Does Donaire have another great win left in him? We shall find out this weekend.