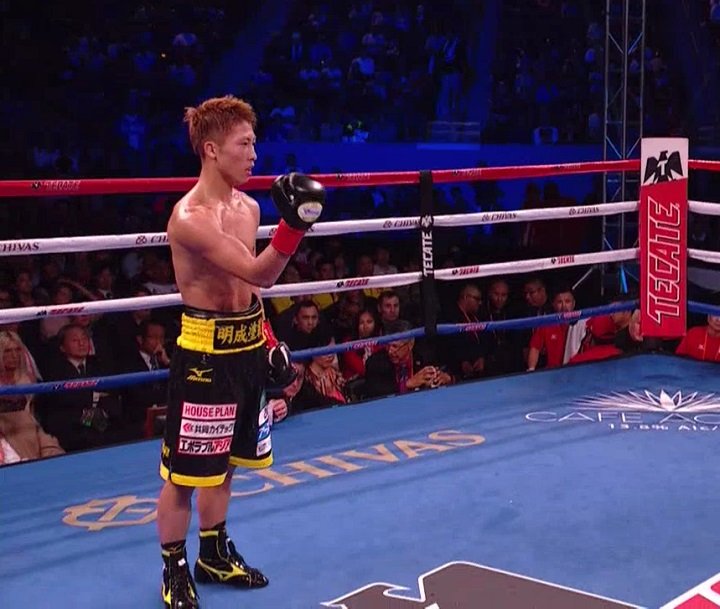 The year is almost over and with it all boxing action of 2017. There is, though, one last big fight to be fought. Well, it’s a fight that will feature a big puncher. Japan’s reigning WBO junior-bantamweight king Naoya Inoue may be no big guy, height and weight-wise; nor is the unbeaten “Monster,” as in monster puncher, the big star he should be, but he is one huge talent.

Unbeaten at 14-0(12) Inoue will look to defend his WBO crown for a seventh time as he faces Yoan Boyeaux in Yokohama on December 30. Boyeaux is 41-4(26) overall and he has won his last 32 bouts bar just one, still not too many fans are expecting him to shock and dethrone Inoue. Instead, fans tuning in or watching live will be fully anticipating yet another explosive KO display from “The Monster.”

One of the best, most exciting and most powerful “little guys” you have perhaps never seen in action, Inoue ranks highly on many pound-for-pound lists. After he (more than likely) takes care of Boyeaux on Saturday, Inoue, who has already captured two world titles (also winning the WBC light-flyweight belt back in April of 2014 in what was just his sixth pro fight) may well move up to full bantamweight.

There is, however, great fan interest in a clash between Inoue and Thai monster Srisaket Sor Rungvisia, the reigning WBC super-flyweight king – and what a classic war this one would really be if it could be made. For now though, Inoue looks to win his third fight of this year. The 24 year old defeated Ricardo Rodriguez and Antonio Nieves this year, stopping both men (Nieves in Carson, California in what was Inoue’s US debut) and he looks set to score another stoppage victory later this week.

We need to see more of Inoue and hopefully we will do so in 2018. Many fans actually prefer the lower weight warriors these days, compared with today’s bigger men.