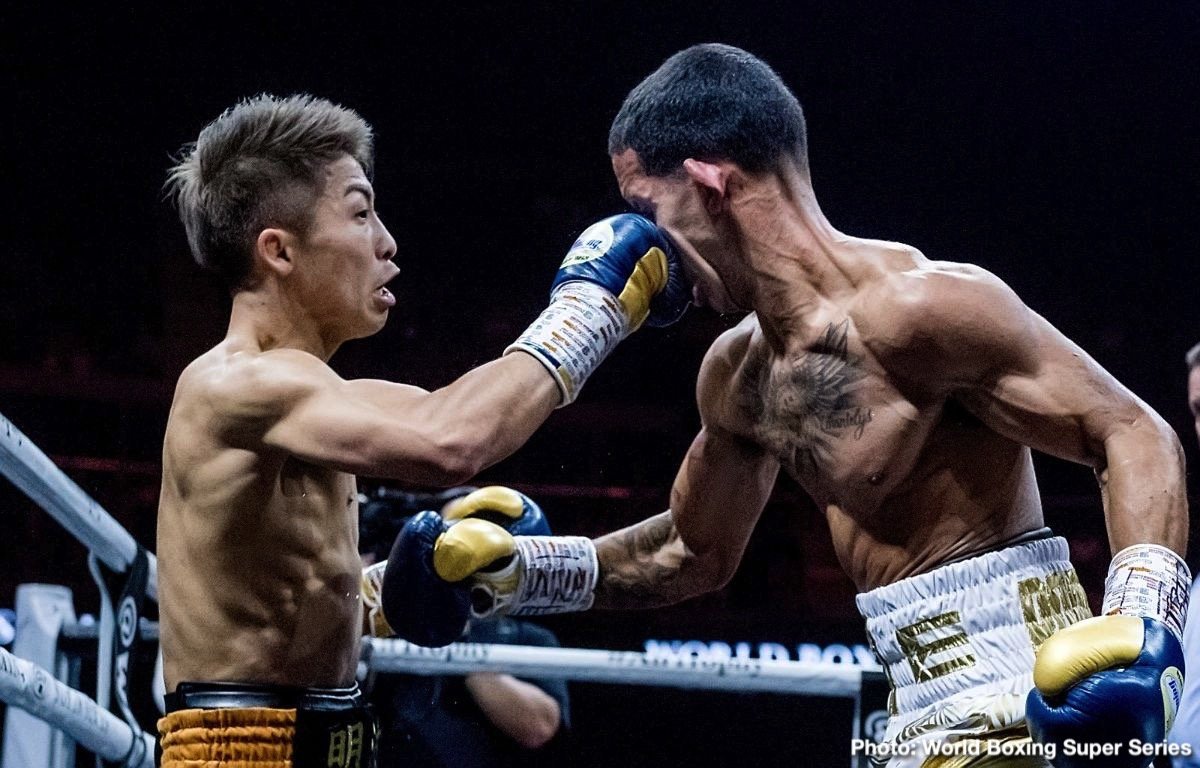 Undefeated IBF/WBA bantamweight champion Naoya Inoue (18-0, 16 KOs) could be signing with Top Rank promotions after he completes competing in the World Boxing Super series 118-pound tournament. Inoue, 26, has a fight coming up against WBA Super World bantamweight champion Nonito Donaire (40-5, 26 KOs) in the final of the tourney. Once that’s over, Inoue could be inking with Top Rank.

“I think Inoue will win the fight [with Donaire], because I’ve never seen a guy of that size punch as hard as Inoue does,” Top Rank boss Bob Arum said to Fighthype. “Inoue is something really special. We’ll see. He has to do the Donaire fight, then I think we have the inside track to sign him. We would love to have Inoue fight under our banner,” Arum said.

Inoue is coming off of a second round knockout win over IBF bantamweight champion Emmanuel Rodriguez (19-1, 12 KOs) on May 18 in their quarterfinal fight in the WBSS tournament at The SSE Hydro in Glasgow, Scotland. It was an impressive performance by Inoue. He dropped Rodriguez three times in the second round to get the stoppage. Before that fight, Inoue had knocked out Juan Carlos Payano in the first round last October in the quarterfinal of the WBSS bantamweight tournament. Inoue also knocked out former WBA bantamweight champion Jamie McDonnell in the first round last year in May 2018 in Japan. All total, Inoue has fought just four rounds in his last three fights. That’s pretty incredible, given that those were all talented fighters that Inoue stopped. These weren’t bush league fighters.

Naoya Inoue may have his hands full against Nonito Dnaire

Inoue is going to have to change his tactics a little bit if he wants to beat Donaire, as this is the first opponent that he’ll have faced in his career that has better punching power than himself. Rodriguez was able to land a number of shots on Inoue in the first two rounds before getting stopped. If Donaire is able to land the same amount of punches, he could send Inoue down to his first career defeat.

“That’s a fight that we would love to make,” Arum said about a fight between newly crowned WBO super featherweight champion Jamel Herring and WBC champion Miguel Berchelt. “Why would we want to do a fight with Tevin Farmer?”