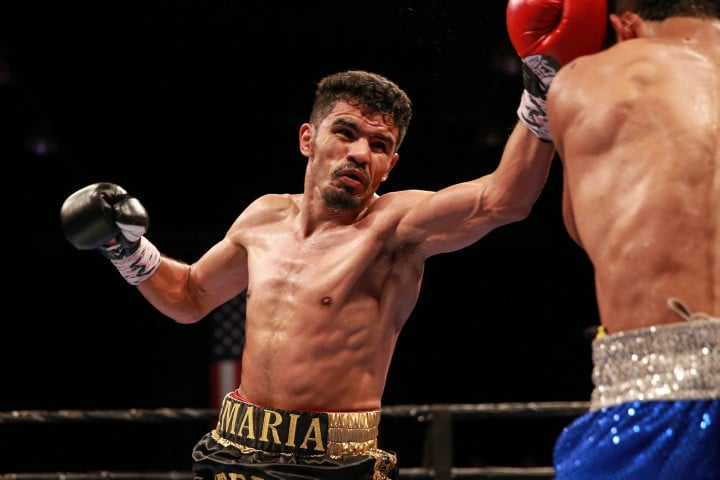 The former champion from Mexico worked behind a strong jab and brought the fight to Bone throughout the main event. Bone was able to return fire and was effective at times when countering.

The jab of Vazquez eventually led to success with the right hand that was able to hurt his opponent and keep the battle-tested Bone from building momentum.

Both fighters landed at a nearly identical rate as Vazquez connected on 22 percent of his punches while Bone landed 21 percent. However, it was Vazquez with the advantage in punches landed at 94 to 74.

The fight featured many close rounds, which was reflected by the varied scores of the judges. In the end, all three had the fight for Vazquez by scores of 99-91, 97-93 and 96-94.

In the co-main event, rising featherweight Miguel Flores (20-0, 9 KOs) kept his record perfect as he defeated Mexican veteran Ruben Tamayo (26-9-4, 18 KOs) in their 10-round bout.

Facing a southpaw for the first time as a professional, Flores had some trouble early with the game Tamayo who was able to penetrate the defense of the 23-year-old with left hands while also opening a cut with an accidental head butt in round two.

As the fight went on Flores showed improved movement and a variety of effective punches that allowed him to take control of the fight. Most notably, Flores used a bruising left hook to the body that left Tamayo marked up and slowed down his offense.

Keith Thurman vs. Shawn Porter being dicussed for fall

Both fighters threw over 550 punches but it was Flores who out landed his opponent 175-121. The judges rewarded the still undefeated fighter with the unanimous decision by scores of 100-90 and 98-92 twice.

Here is what the main event fighters had to say Saturday:

“I wanted to throw the heavier punches because I thought I could win by knockout, but that didn’t happen. There was an overhand right in the eighth round that I thought hurt him badly.

“He was an elusive fighter and survived, so there are still things that I have to work on.

“There was some difficulty adjusting to the late opponent switch, but overall, no problem. I had been sparring southpaws as well as right-handers.

“I’ve always wanted to fight Adrien Broner. I want to make that.”

“Vazquez was awkward and hard to fight. I gave it my all in there.

“I’m thankful for the opportunity and I’m looking forward to getting back in the gym and working on some things before I return to the ring.”