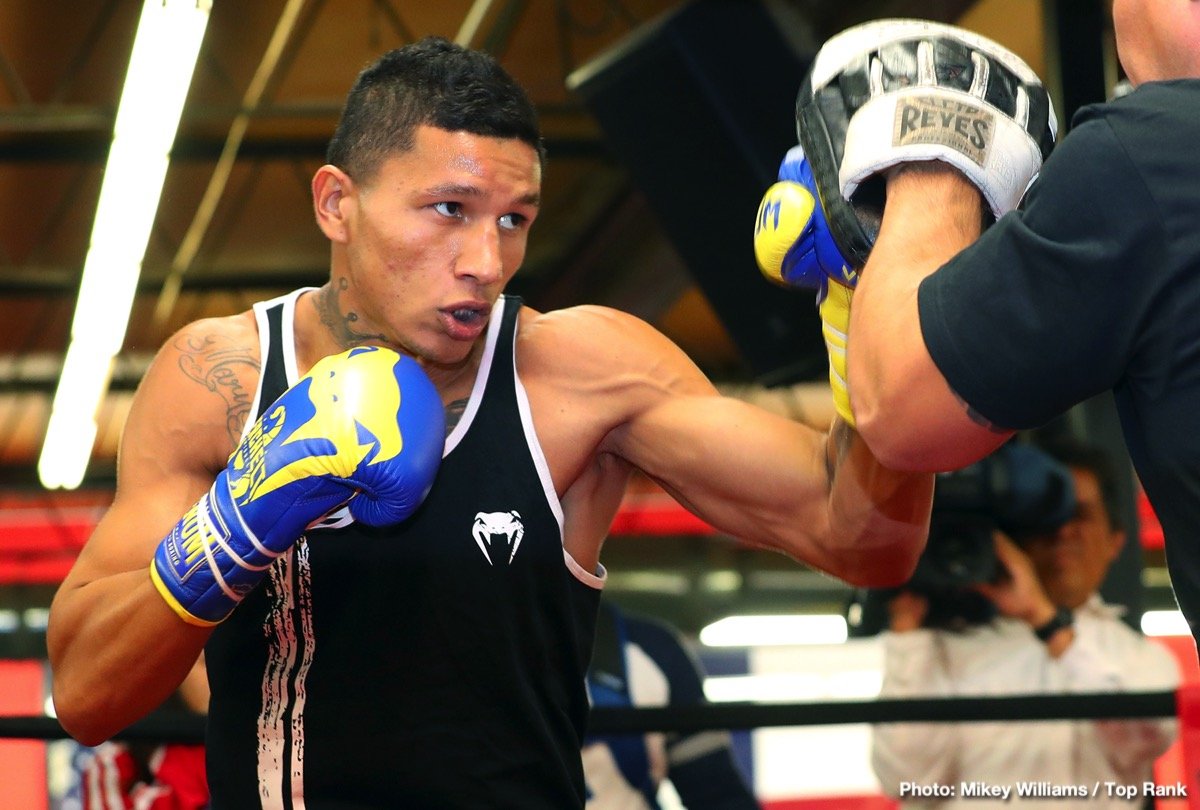 On paper, it was one of the best action fights that could’ve been made. WBC super featherweight champion Miguel “El Alacran” Berchelt and Miguel “Mickey” Roman have promised to deliver on the lofty expectations, Saturday at the Don Haskins Center in El Paso, Texas.

Is It Too Late For Evgeny Romanov To Make It Big In The Heavyweight Division?

The entire undercard will stream live on ESPN+ beginning at 6 p.m. ET and includes 2016 Brazialian Olympian gold medalist Robson Conceicao (9-0, 5 KOs) against Joey Laviolette (9-1, 5 KOs) in an eight-round super featherweight bout. The card will also see the long-awaited return of Saul “Neno” Rodriguez (21-0-1, 15 KOs), who will face Claudio Tapia (28-18-4, 13 KOs) in a 10-rounder at lightweight.

Promoted by Top Rank, in association with Zanfer Promotions and Promociones del Pueblo, tickets are on sale now. Priced at $250, $150, $75, $45, and $35, tickets can be purchased online at Ticketmaster.com, all Ticketmaster outlets, and in person at the UTEP Ticket Center.

Berchelt and Roman worked out Tuesday at the Wolves Den Gym. This is what they had to say.

“I am so eager to put Roman in his place that when I spar, I imagine that I’m sparring him and I push my sparring partners to the limit. Apologies to all my sparring partners because I have hurt them during sparring, but when that happens, the actions stops immediately and I apologize to them. I’m just thinking of Roman.”

“There is more at stake in this fight than just victory. This is about pride! I want to teach Mickey a lesson in his own backyard. I am fed up with all the talking he has done. In the ring, my quality as an elite fighter, and my fists, will do the talking.”

“It’s a rivalry between two sportsmen. Mickey has talked a lot, and we’re going to brawl.”

“Styles make fights. I am going to take the first round or two to feel him out. Then, I’ll make the adjustments, and if I have to go all out, I will.”

On fighting close to his hometown of Juarez, Mexico

“It’s definitely a great motivation for me. When I fight here in El Paso, a lot of people support me from all over, like Las Cruces, Albuquerque, and all around El Paso and Juarez.”

On his message to the fans of El Paso

“This is the fight that everybody wanted to see. Boxing people wanted to see this fight, and I’m willing to put everything on the line. Whatever I have, I will leave it in the ring.”

On the crowd that will be attendance 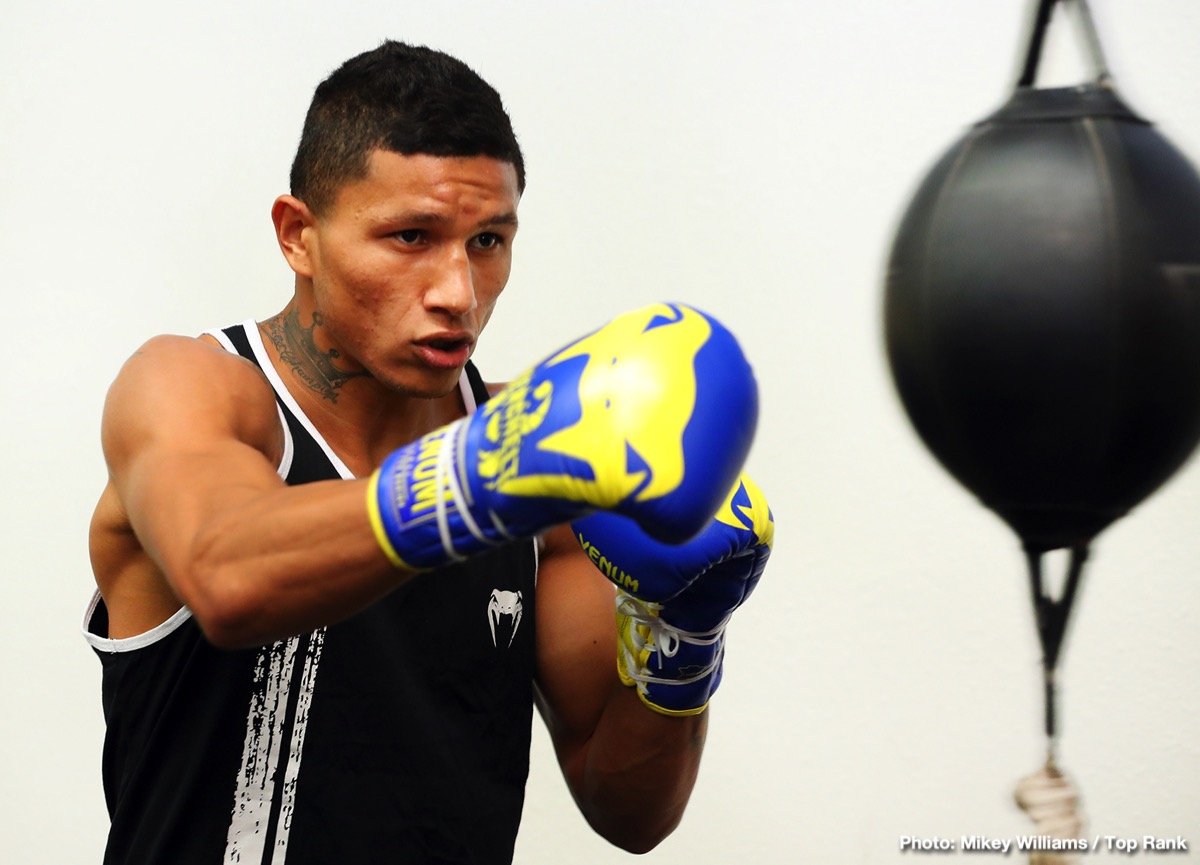 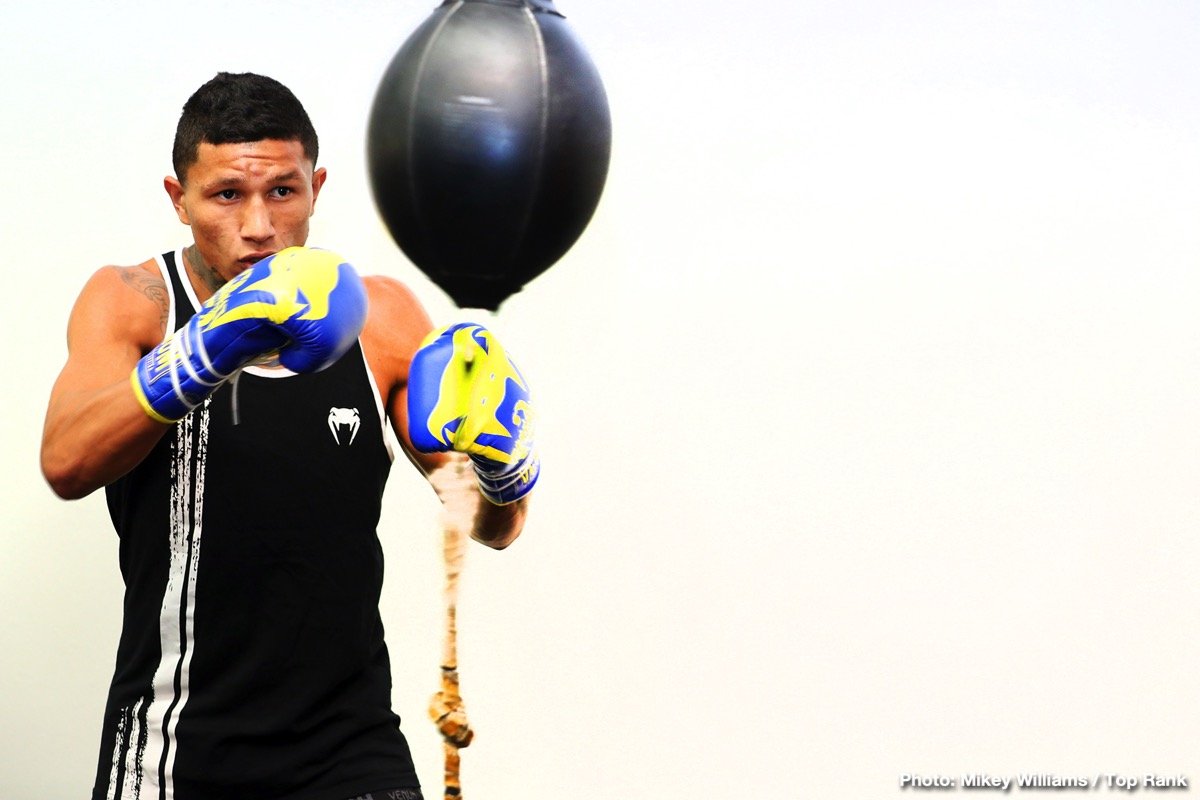 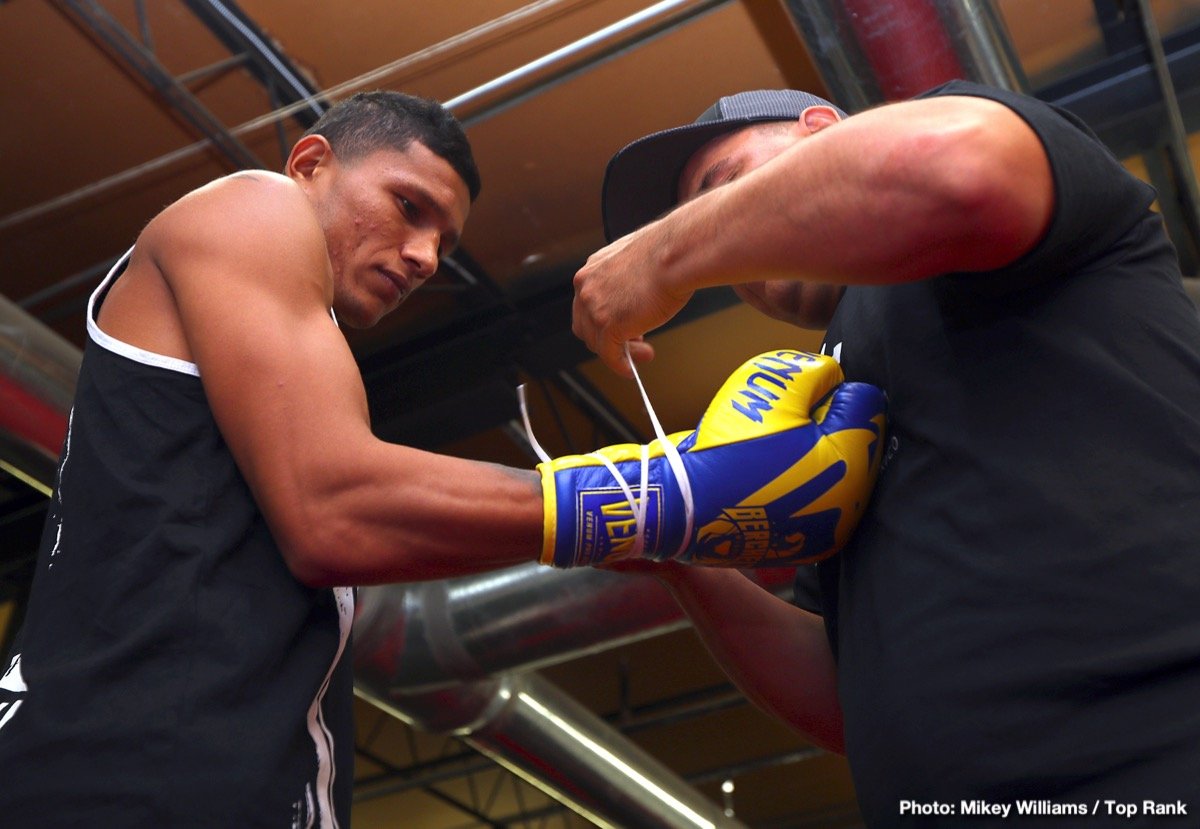 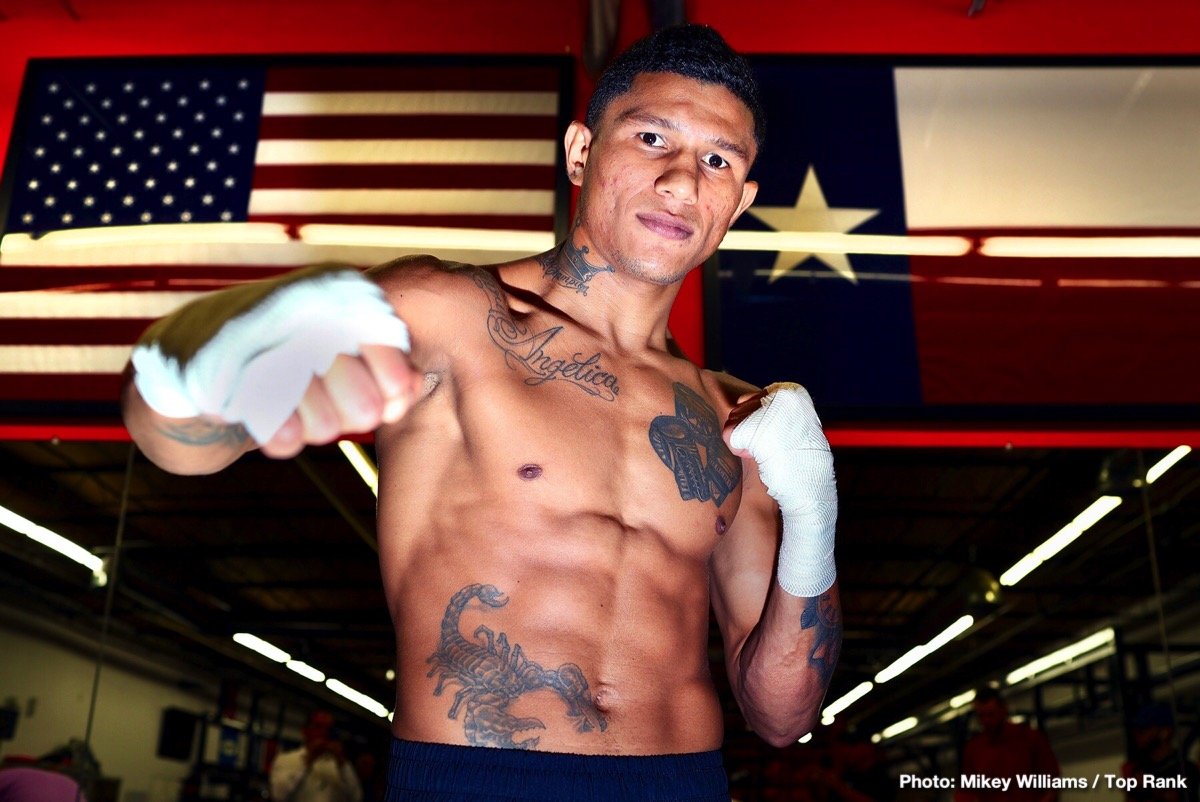 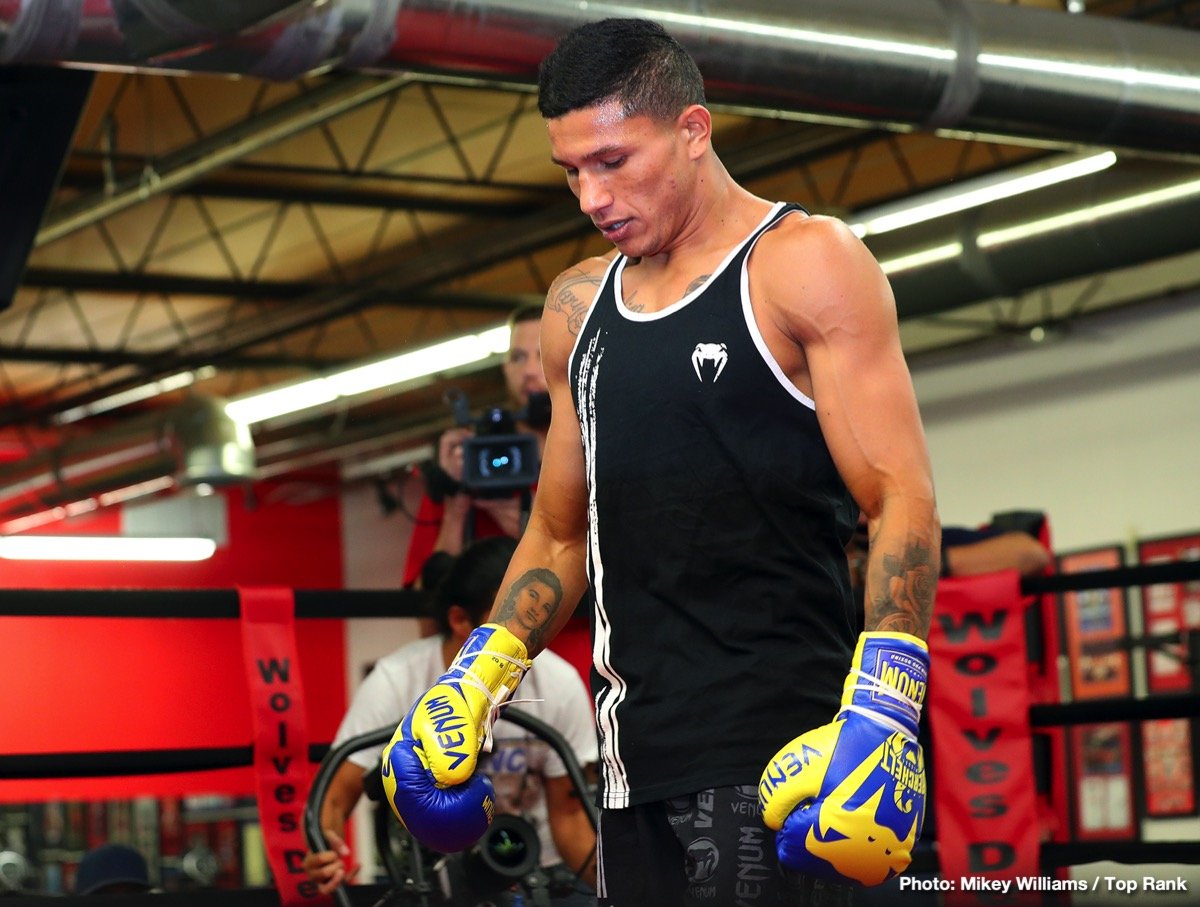 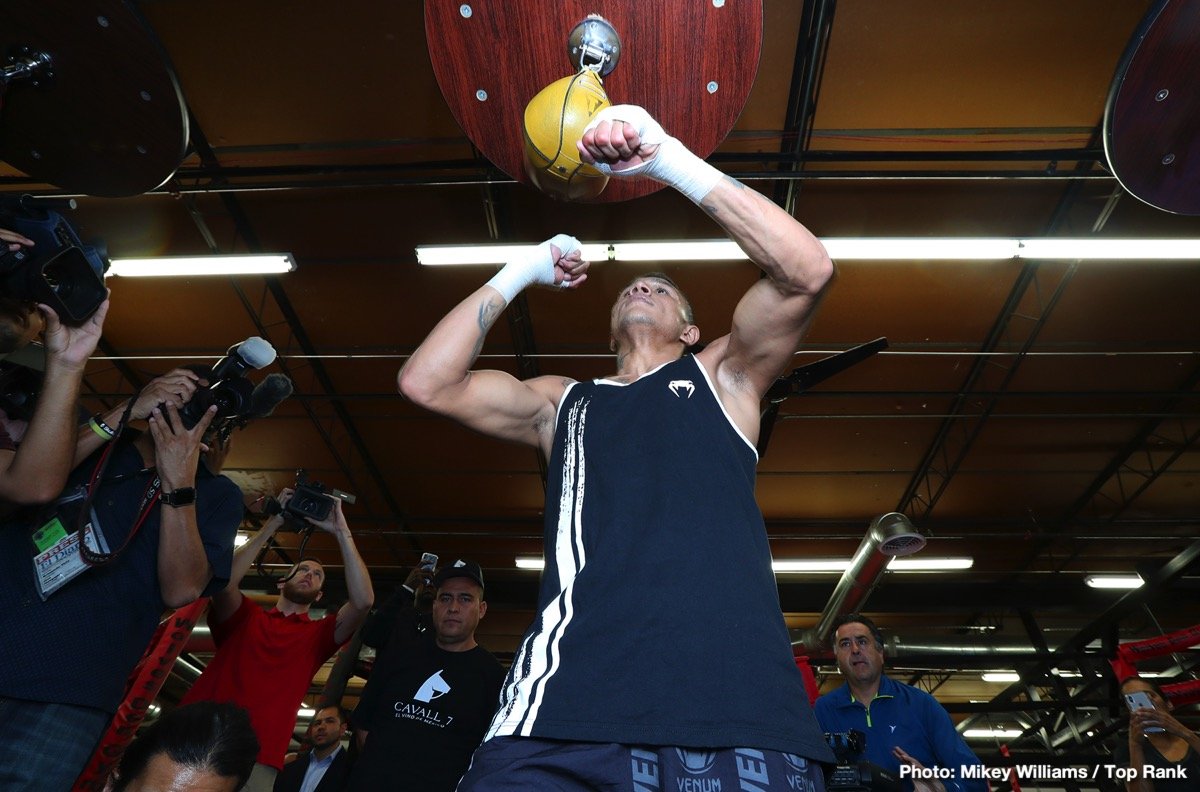 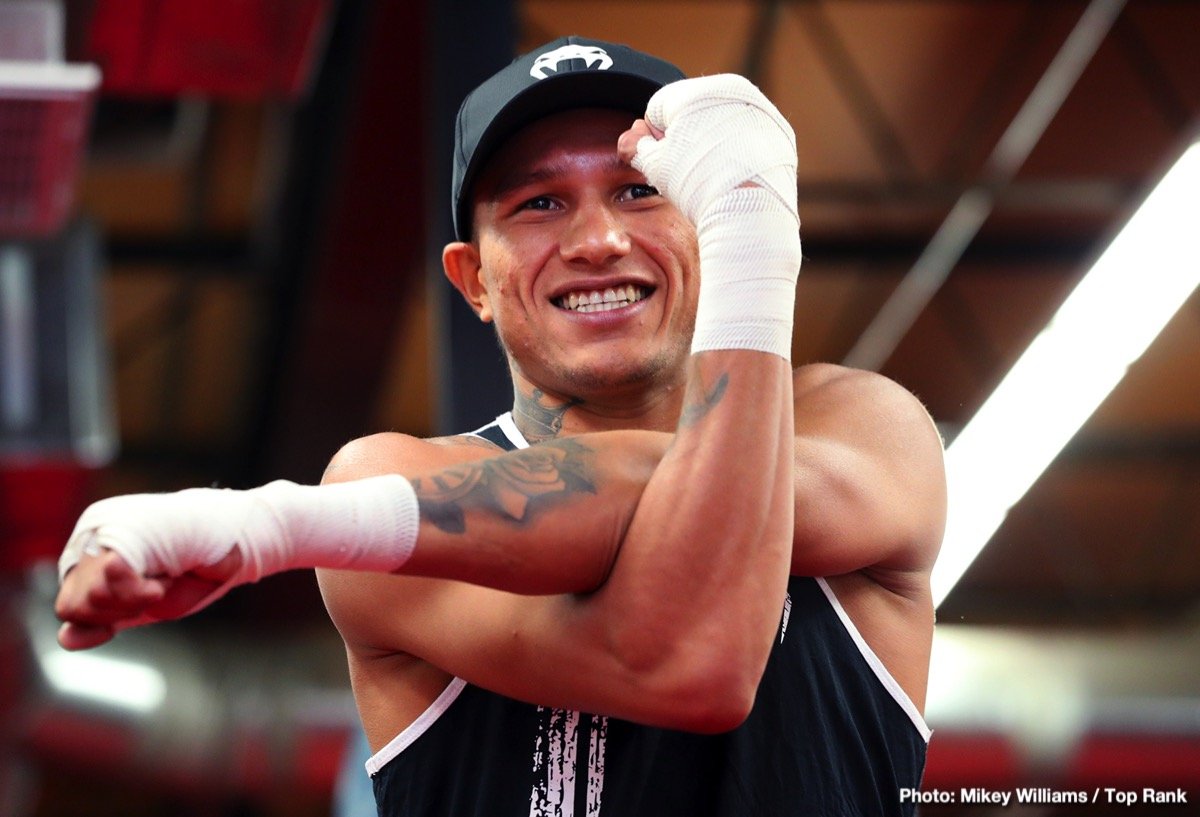 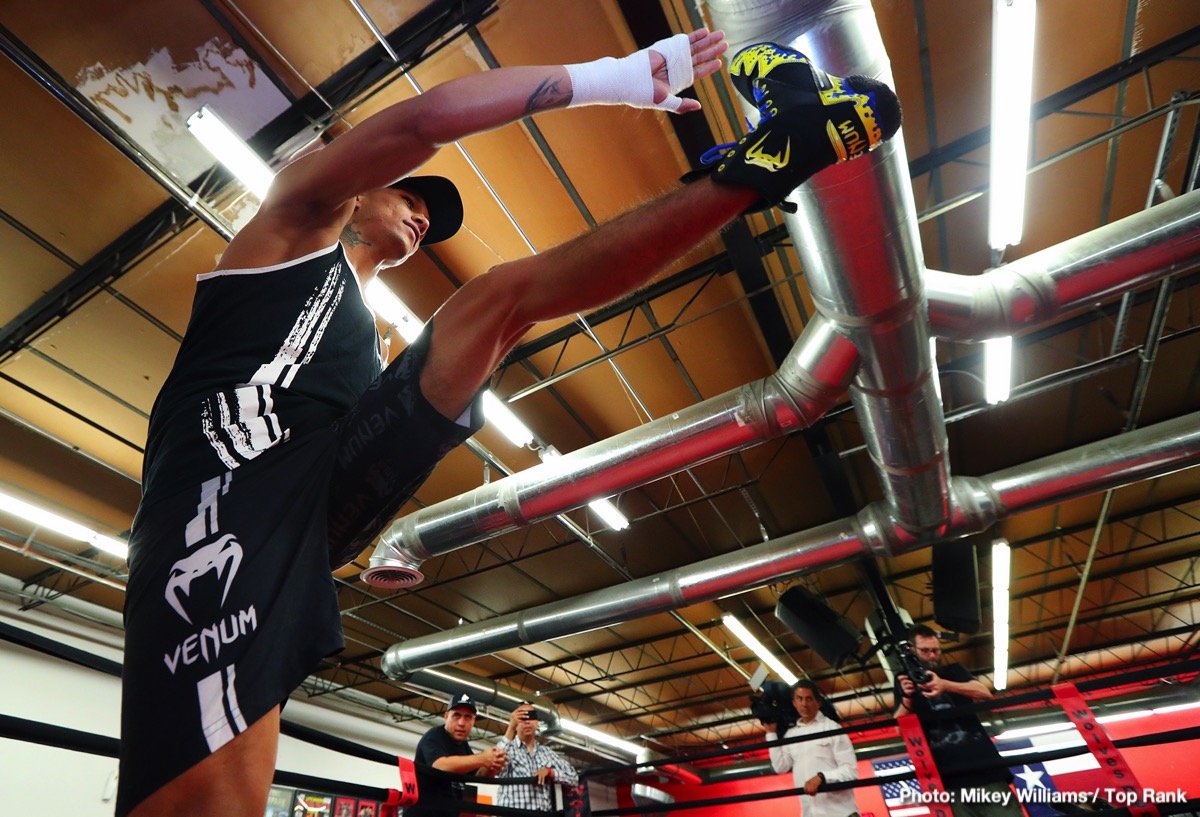 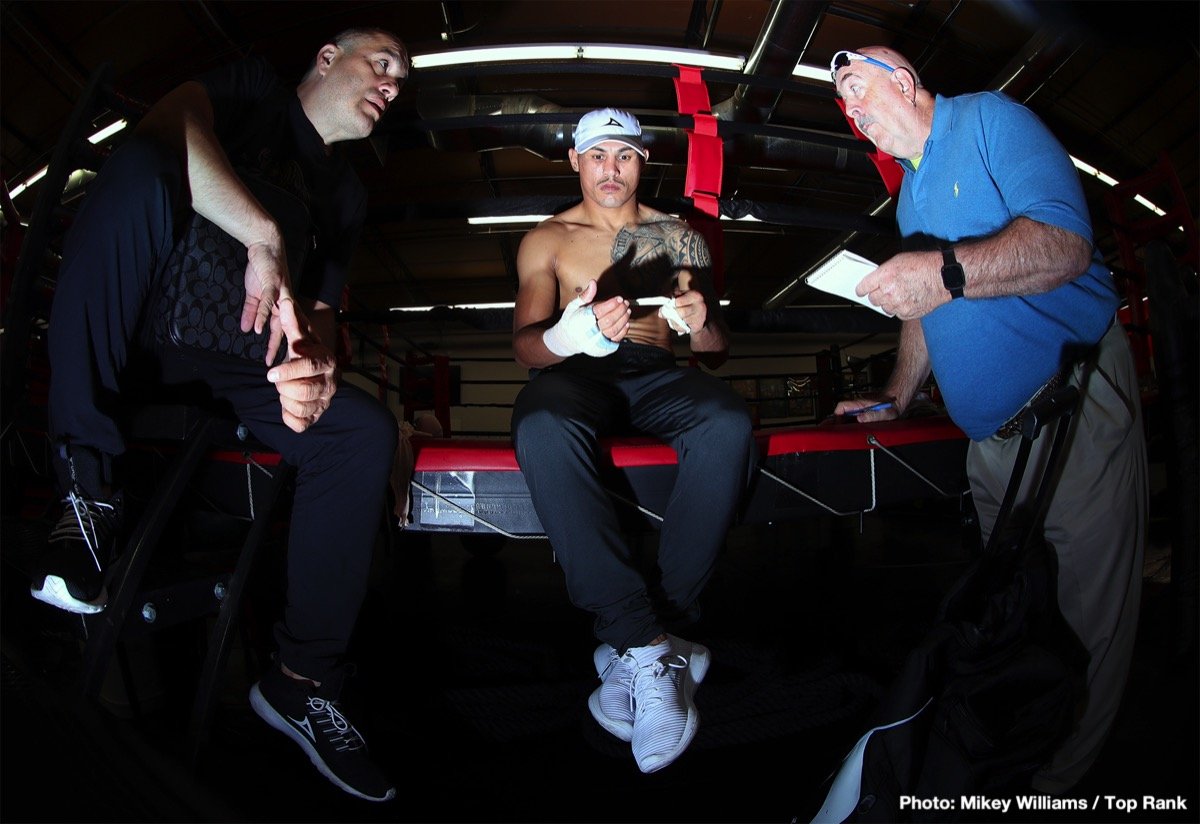 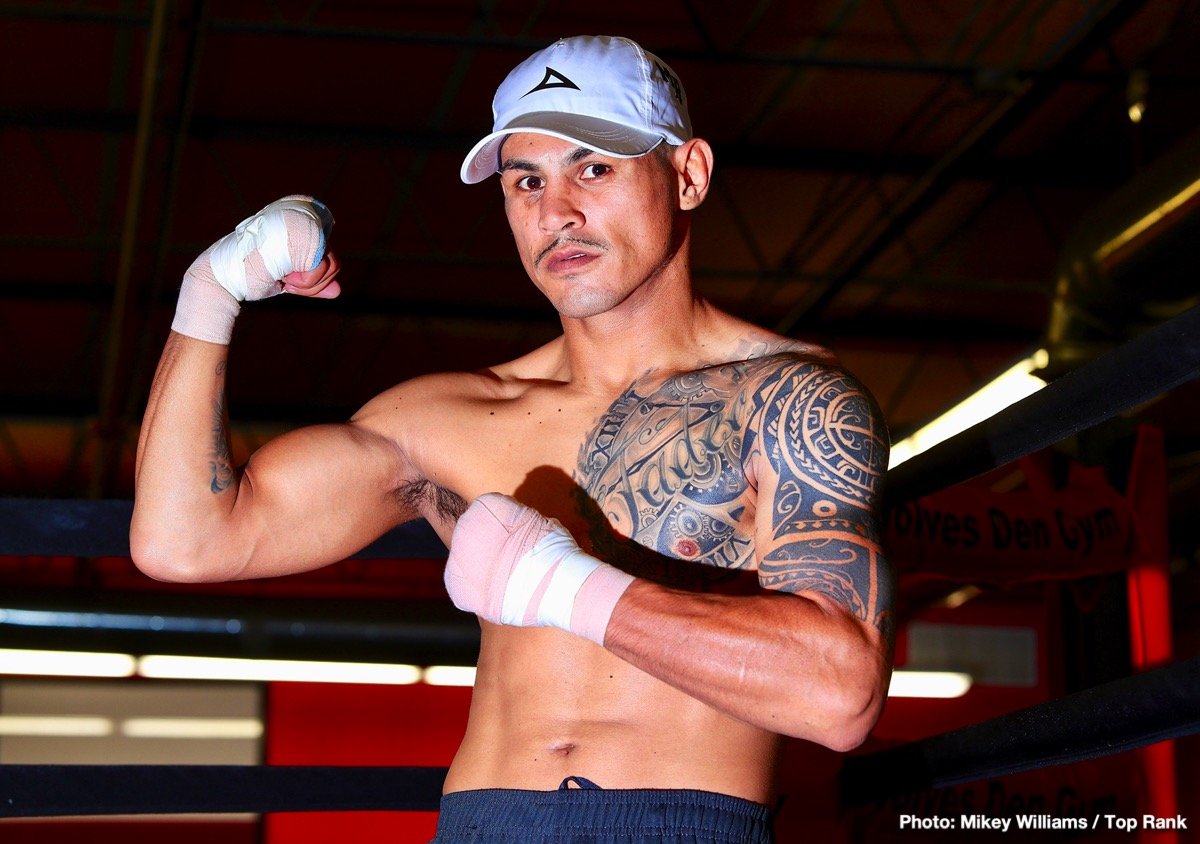 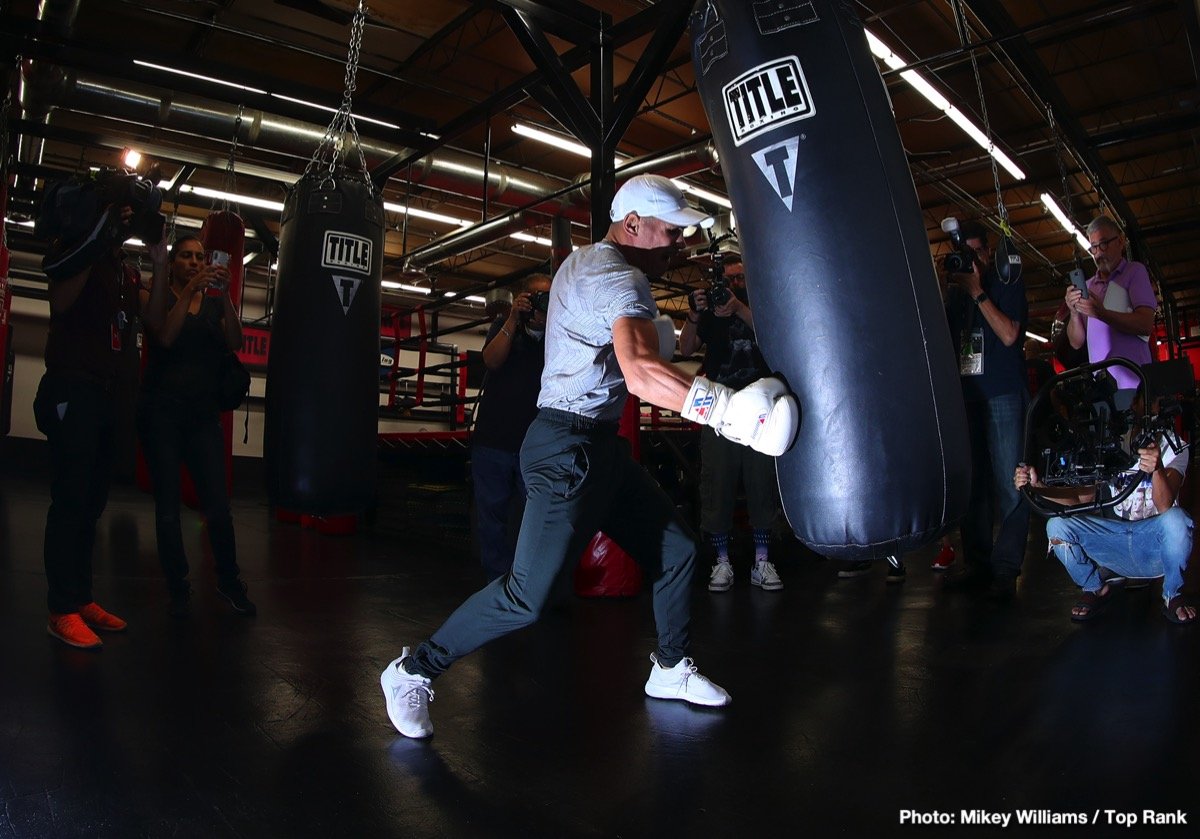 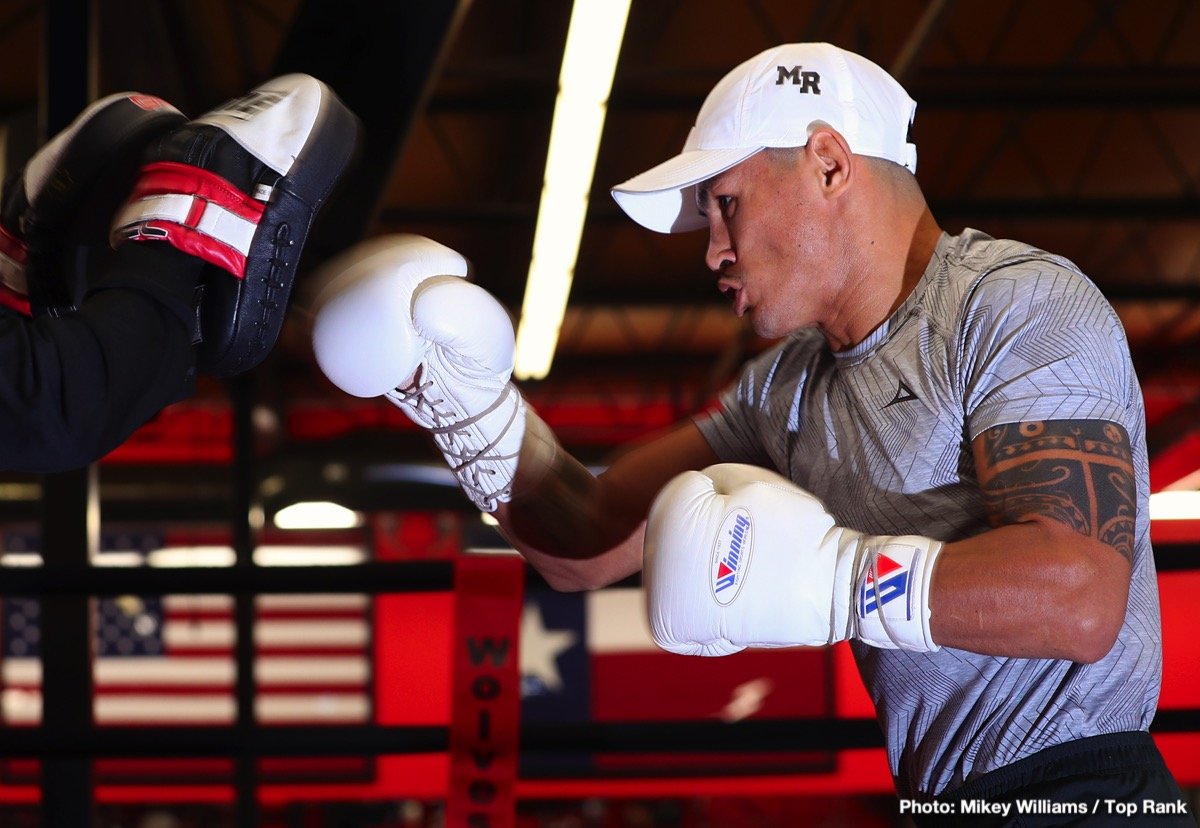 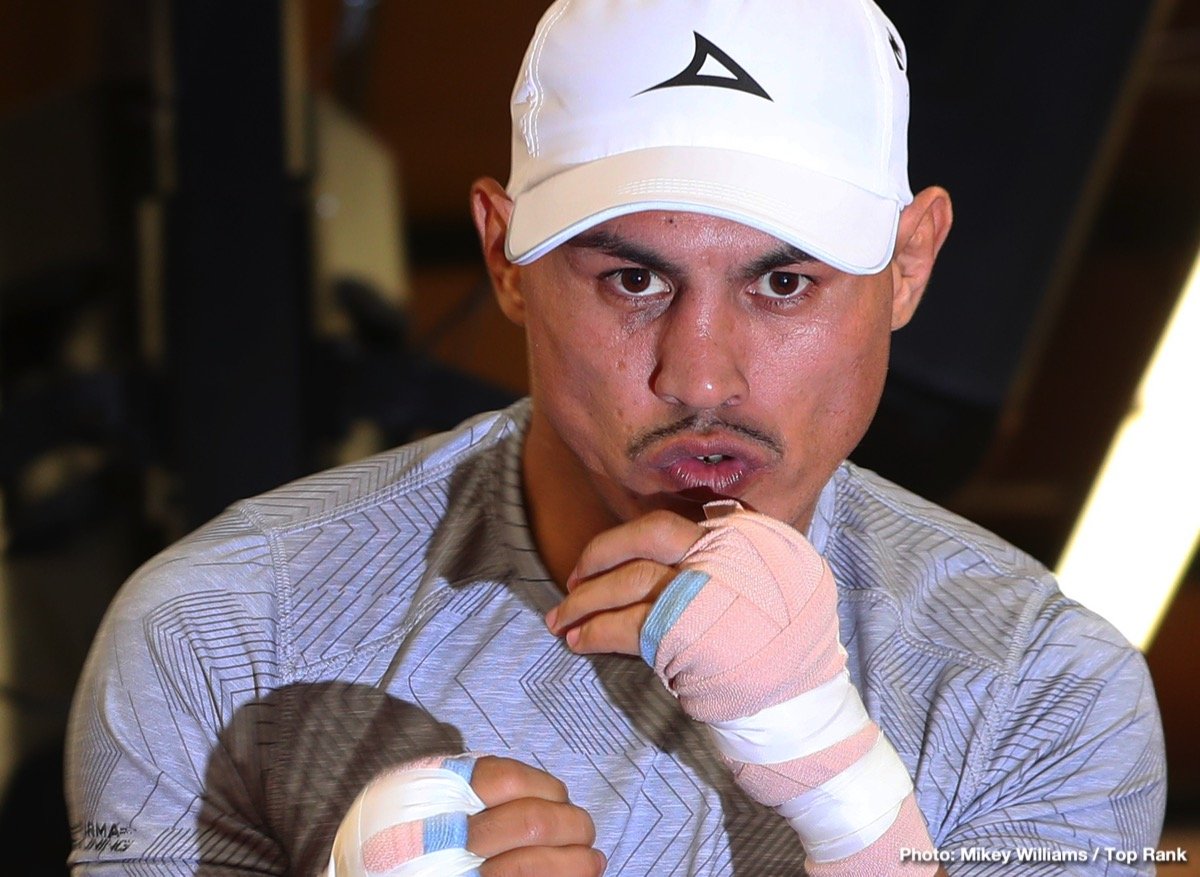