Matthew Macklin believes former opponent Gennady Golovkin will have enough to beat Ryota Murata, but has warned that a trilogy with Canelo Alvarez would be a step too far. 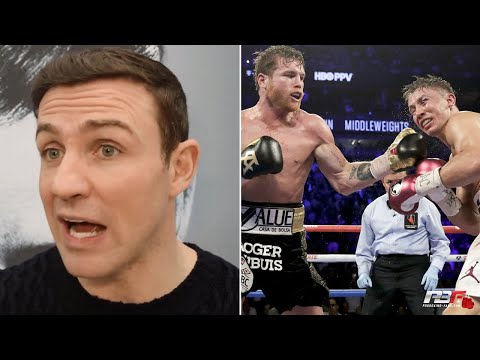 Victory for ‘GGG’ will ensure that he remains on course for a third fight with the only man to beat him in his career, Canelo Alvarez, providing the Mexican wins his fight against WBA light heavyweight champion, Dmitry Bivol on May 7.

Three-time world title challenger, Macklin who was stopped in three rounds by Golovkin in 2013 says he expects his former rival to prevail against Murata, although feels he would be unsuccessful in another bout with Canelo.

“Any fight now could be Father Time for him,” Macklin told Pro Boxing Fans.

“I think he’s been on the decline for quite a long time, certainly the last five or six years.

“It hasn’t been dramatic, it’s been a steady decline I feel and they’re top guys he’s boxing and he’s still beating them.

“In his peak he was a special fighter and he just might still be too good for Murata which I think is probably the case.

“He’s not going to go forever, because no one does, no one beats Father Time, Father Time’s undefeated.

“We don’t know where he’s at with it, but yeah he’s not the fighter he was.

“I think he’ll probably have enough left to beat Murata, but I don’t think a third Canelo fight goes too well for him.”